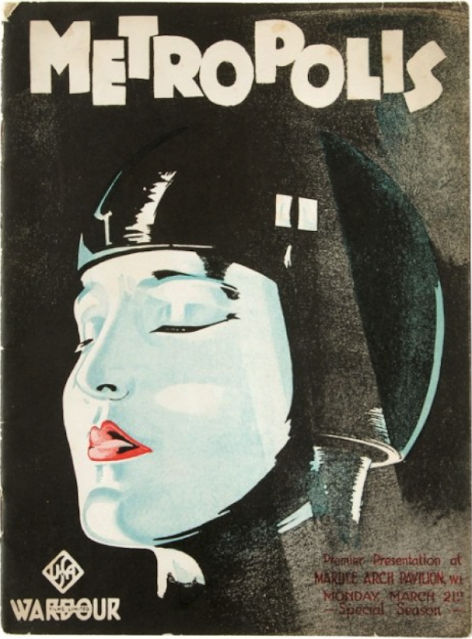 FOLLOWED BY AN ANALYSIS OF BRIDGET HELM'S DANCE SCENE.

In its nearly 100 years, the film has experienced uncommon attention for a silent German-born expressionist Sci-Fi flick. It is remarkable how a film that has undergone such deep adulterations (time, tastes, political winds) remains a fresh topic of cinematic discussion now in the 21st century.

Before going more into the deeper meanings (or lack thereof) let’s check a biography of the film. Wikipedia does a yeoman’s job in reviewing and amplifying the totality of the film. CLICK HERE.

Colin Greenland reviewed Metropolis for Imagine magazine and stated that "It's a measure of the sheer power of Lang's vision that it survives this heavy-handed cosmetic modernizing quite intact. Inspired by his first sight of Manhattan, Metropolis is a dark dream of the city of 2026, where the idle rich live in penthouses and play in rooftop pleasure gardens while the faceless workers toil in the machine caverns far, far below." (Doesn’t that scenic description smack of Philip Dick’s 1950s sci-fi novel that eventually was made into the Blade Runner films?)

According to Roger Ebert, "Metropolis is one of the great achievements of the silent era, a work so audacious in its vision and so angry in its message that it is, if anything, more powerful today than when it was made." 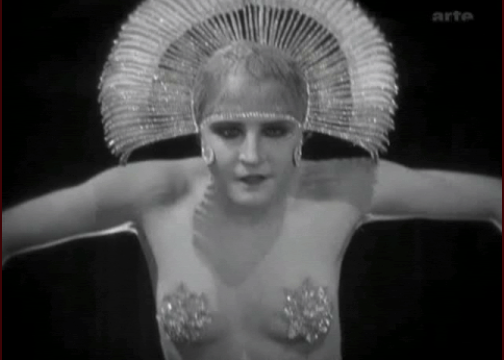 THE DANCE SCENE. Back to our theme: The following essay on the meaning of the dance scene in Metropolis is by Diana Dill writing in the blog: Cinema of Attractions, 2011:

One critic explains that this is a “cinema that displays its visibility, willing to rupture a self-enclosed fictional world for a chance to solicit the attention of the spectator.” Not only is the character of Maria (Helm) cueing viewers to look with her dance and her gazes at the camera, but the stylized editing is used to call attention to the act of viewing.

However, the dance isn’t the only important part of this scene. Maria is dancing for a purpose, to seduce the men of Metropolis so they will obey her. As Musser explains in reference to A Trip to the Moon, “scantily clad women do more than just display their sexuality.” I purposefully chose a longer clip of this sequence because it shows how Maria’s dance is not a self-contained spectacle interrupting the main narrative of the film. The dance is intercut with scenes of the main character (Freder) having a nightmare, and serves a narrative function.

Additionally, the same shots of the eyes that call viewers to look serve to both interrupt Maria’s dance, and function in terms of narrative to show that they are being seduced by her. These interruptions can perhaps serve to undermine the scene as being purely an “attraction.” For a narrated version of Metropolis via the blog OpenCulture.com CLICK HERE.