URBAN EXPLORER / IMAGES OF THE TENDERLOIN


A SALUTE TO THE WORK OF SAN FRANCISCO PHOTOGRAPHER HENRIK KAM

Art is where you find it.
Thanks to the creation of websites we habitués of the Internet can mine remarkable sites for art, especially photographic art.

Case in point: San Francisco’s St. Francis Foundation has a website that is populated with a remarkable collection of photographic images.
They were taken by veteran San Francisco photographer Henrik Kam.

The subject of Kam’s images here is the rough and tumble Tenderloin district of the city newspaper columnist Herb Caen called affectionately: Baghdad by the Bay. 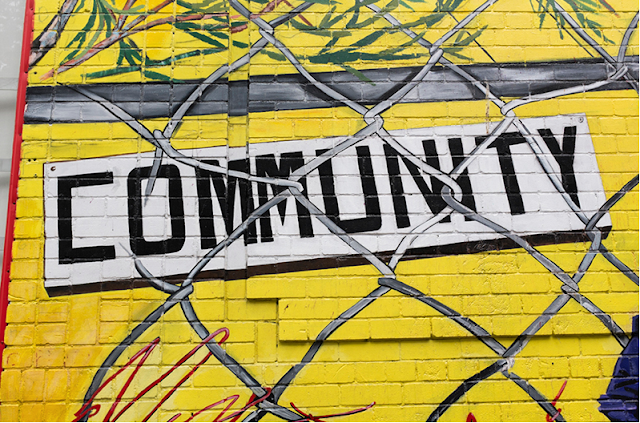 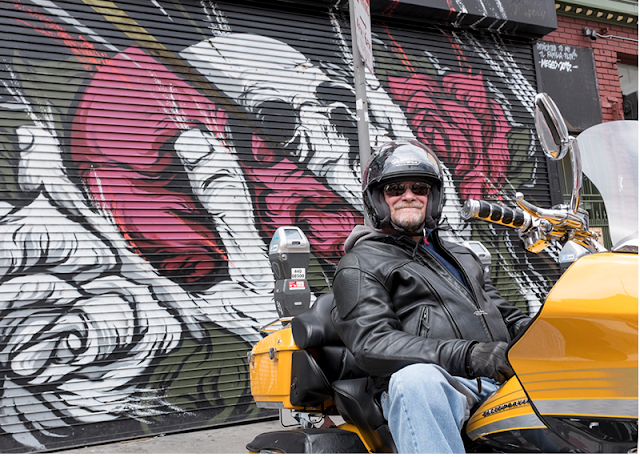 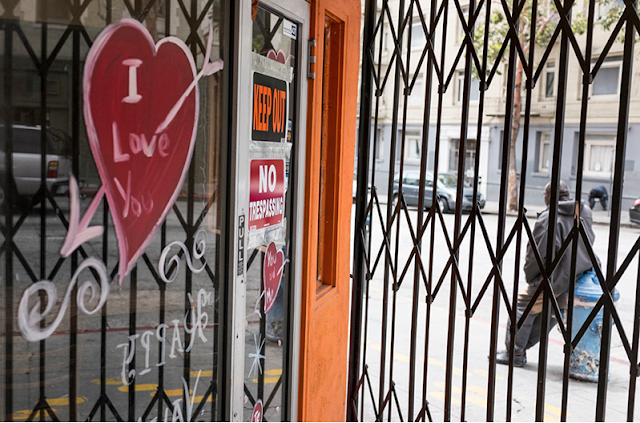 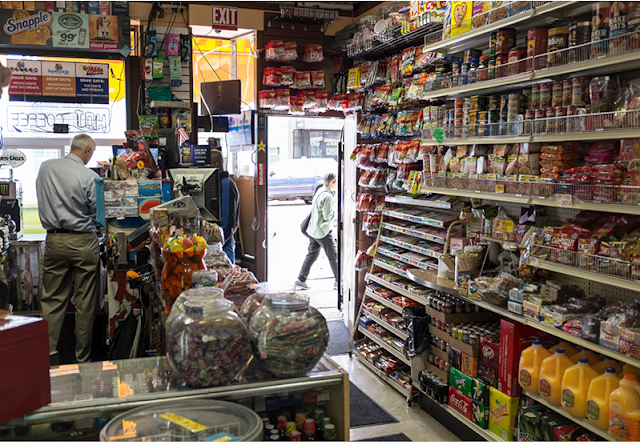 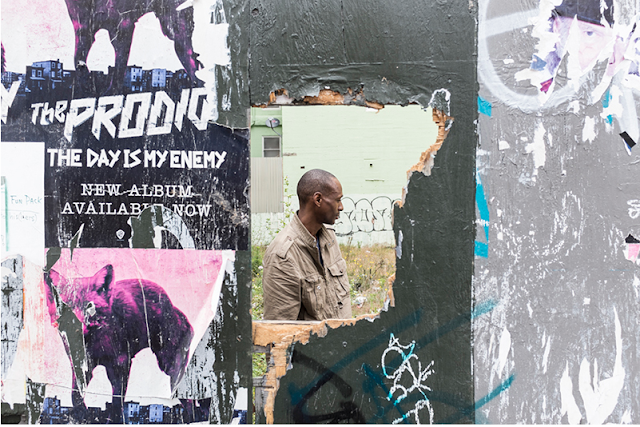 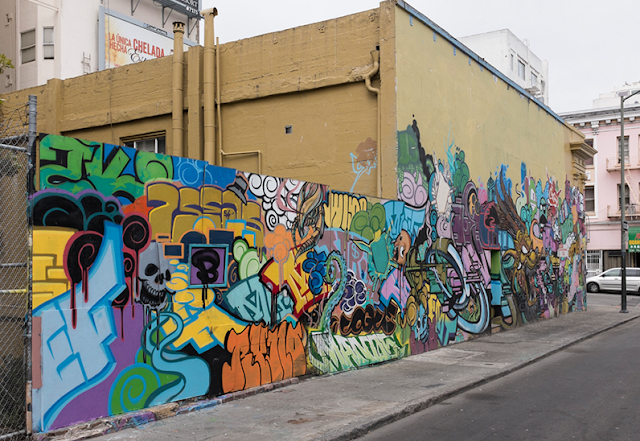 For a more comprehensive example of Kam’s work go to his blog:
http://henrikkam.blogspot.com/
and click to his website for remarkable images of modern San Francisco:
http://www.henrikkam.com/Artist.asp?ArtistID=8976&Akey=F4YAGK7Y

History of the Tenderloin:
The Tenderloin took its name from an older neighborhood in New York with similar characteristics. There are several explanations of how that neighborhood was named. Some said it was a reference to the neighborhood as the "soft underbelly" (analogous to the cut of meat) of the city, with allusions to vice and corruption, especially graft.

Another popular explanation, probably folklore, attributes the name to a New York City police captain, Alexander S. Williams, who was overheard saying that when he was assigned to another part of the city, he could only afford to eat chuck steak on the salary he was earning, but after he was transferred to this neighborhood he was making so much money on the side soliciting bribes that now he could eat tenderloin instead. Another version of that story says that the officers who worked in the Tenderloin received a "hazard pay" bonus for working in such a violent area, and thus were able to afford the good cut of meat. Yet another story, also likely apocryphal, is that the name is a reference to the "loins" of prostitutes.

The Tenderloin borders the Mission/Market Street corridor, which follows the Spaniards' El Camino Real, which in turn traced an ancient north/south Indian trail. The Tenderloin is sheltered by Nob Hill, and far enough from the bay to be on solid ground. There is evidence that a community resided here several thousand years ago. In the 1960s, the area was excavated to develop the BART/MUNI subway station at Civic Center. During the excavation, the remains of a woman dated to be 5,000 years old were found.

The Tenderloin has been a downtown residential community since shortly after the California Gold Rush in 1849. However, the name "Tenderloin" does not appear on any maps of San Francisco prior to the 1930s; before then, it was labeled as "Downtown", although it may have been informally referred to as "the Tenderloin" as early as the 1910s. The area had an active nightlife in the late 19th century with many theaters, restaurants and hotels. Notorious madam Tessie Wall opened her first brothel on O'Farrell Street in 1898.

Almost all of the buildings in the neighborhood were destroyed by the 1906 Earthquake and the backfires that were set by firefighters to contain the devastation. The area was immediately rebuilt with some hotels opening by 1907 and apartment buildings shortly thereafter, including the historic Cadillac Hotel. By the 1920s, the neighborhood was notorious for its gambling, billiard halls, boxing gyms, "speakeasies", theaters, restaurants and other nightlife depicted in the hard boiled detective fiction of Dashiell Hammett, who lived at 891 Post Street, the apartment he gave to Sam Spade in The Maltese Falcon.

In the mid-20th century the Tenderloin provided work for many musicians in the neighborhood's theaters, hotels, burlesque houses, bars and clubs and was the location of the Musician's Union Building on Jones Street. The most famous jazz club was the Black Hawk at Hyde and Turk Streets where Dave Brubeck, Miles Davis, Thelonious Monk, Gerry Mulligan, and other jazz greats recorded live albums for Fantasy Records in the late 1950s and early 1960s.

With housing consisting almost entirely of single-room-occupancy hotel rooms, studio and one bedroom apartments, the Tenderloin historically housed single adults and couples.  After World War II, with the decline in central cities throughout the United States, the Tenderloin lost population, creating a large amount of vacant housing units by the mid-1970s. Beginning in the late 1970s, after the Vietnam War, the Tenderloin received large numbers of refugees from Southeast Asia—first ethnic Chinese from Vietnam, then Khmer from Cambodia and Hmong from Laos.

The low- cost vacant housing, and the proximity to Chinatown through the Stockton Street Tunnel, made the area appealing to refugees and resettlement agencies. Studio apartments became home for families of four and five people and became what a local police officer called "vertical villages." The Tenderloin quickly increased from having just a few children to having over 3,500 and this population has remained. A number of neighborhood Southeast Asian restaurants, banh mi coffee shops, ethnic grocery stores, video shops, and other stores opened at this time, which still exist.

The Tenderloin has a long history as a center of alternate sexualities, including several historic confrontations with police. The legendary female impersonator Rae Bourbon, a performer during the Pansy Craze, was arrested in 1933 while his show "Boys Will Be Girls" was being broadcast live on the radio from Tait's Cafe at 44 Ellis Street. On New Years Day in 1965 police raided a Mardi Gras Ball at California Hall on Polk Street sponsored by the Council on Religion and the Homosexual, lining up and photographing 600 participants and arresting several prominent citizens. One of the first "gay riots", pre-dating the Stonewall riots in New York, happened at Compton's Cafeteria at Turk and Taylor Streets in August 1966 when the police, attempting to arrest a drag queen, sparked a riot that spilled into the streets. Prior to the emergence of The Castro as a major gay village, the center of the Tenderloin at Turk and Taylor and the Polk Gulch at the western side of the Tenderloin were two of the city's first gay neighborhoods and a few of these historic gay bars and clubs still exist.

The apartment where Dashiell Hammett wrote The Maltese Falcon was once in the boundaries of the Tenderloin at the corner of Hyde and Post. Both the movie and book The Maltese Falcon were based in San Francisco's Tenderloin. There is also an alley in what is now Nob Hill, named for the book's author (Dashiell Hammett). It lies outside the Tenderloin because the boundary was defined with borders different from today's. Some locations, such as Sam Spade's apartment and John's Grill, also no longer lie in the Tenderloin because local economics and real estate have changed the character and labeling of areas over time.

In July 2008, the area was designated as a historic district on the National Register of Historic Places.

Source: History of Tenderloin from Wikipedia.