WE KNEW IT ALL ALONG! 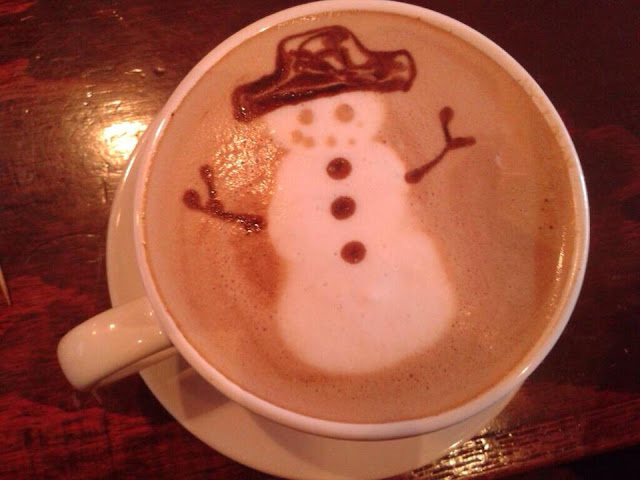 Editor’s Note: The following link has images with individual captions on the individual findings by CBS research: http://www.cbsnews.com/news/coffee-drinking-linked-to-a-longer-life/

GUEST BLOG—CBS NEWS BLOG--Great news for the holidays! Your coffee habit may be doing more than keeping you awake during a long work day. New research adds to growing evidence that coffee has protective health benefits and suggests that it may even reduce your risk of dying from heart disease and other chronic illnesses.

In the study, published Monday in the American Heart Association journal Circulation, researchers looked at the coffee drinking habits of a large sample of U.S. adults and found that those who drank moderate amounts of coffee -- less than 5 cups per day -- had a lower risk of deaths from cardiovascular disease, neurological diseases, type 2 diabetes and suicide.

The protective effects were seen in both regular and decaf coffee drinkers, suggesting it's not just caffeine that comes with health benefits, but possibly the naturally occurring chemical compounds in coffee beans.

Ding and her team analyzed data on three large ongoing studies with a total of almost 168,000 women and over 40,000 men. The participants were asked about their coffee drinking habits every four years for up to 30 years.

"I think this is a major strength of our study. We followed a lot of participants for a long period of time," Ming said.

In general, the researchers found that people who regularly drank coffee were more likely to be smokers and drink alcohol. To suss out the effects of coffee drinking, they repeated their analysis among people who had never smoked and found the health benefits of drinking coffee on risk of death from chronic diseases was even more pronounced.

Experts noted that this was an observational study based on self-reported data and does not show a cause and effect relationship.

"Associations are not proof of causation. However, the data on the topic have been very consistent over the years," Alice H. Lichtenstein, Director and Senior Scientist at the Cardiovascular Nutrition Laboratory at Tufts University and spokesperson for the AHA, told CBS News.

The researchers also point out that highly caffeinated drinks are not for everyone and certain populations, like pregnant women and children, should limit their intake.

Finally, experts caution that while coffee itself seems to have health benefits, added ingredients -- like sugar, cream and syrupy sweeteners -- do not.

"If people use a lot of sugar and cream, particularly if they decide on the basis of these findings to have an extra cup or two of coffee per day, they are adding calories in the form we do not recommend," Lichtenstein said. "In that case they should consider ramping down slowly, either decreasing the amount of sugar they add or shifting to a non-nutrient sweetening, and gradually shifting from cream to lower fat milk, or using less."