THE BREWSPAPER—PUMPKIN BEER RECIPE FROM PITTSBURGH

Southern California is in the throes of winter.  Time to break out those comfort food recipes that are beer centric.  The Brewers Association recently sent to the media a pumpkin recipe for pumpkin beer.  Pillar to Post is media, after all, we’re members of the National Press Club in Washington DC and the San Diego Press Club so we can publish this news release.

The BA spotlighted “Pumking Monkey Bread with Pumpkin Beer Caramel Sauce."  The recipe was created by Pennies, Pints, Pittsburgh, a popular foodie/craft beer site in Pennsylvania.  It’s sure to be a wow for holiday season tables coast to coast.
If your part of the planet doesn’t sell Southern Tier’s “Pumpking” brand that’s what this recipe calls for.  But, there are many pumpkin-centric beers out this time of year.

We asked our friends at West Coaster craft beer magazine to list a few brands. See end of this blog for pumpkin-centric craft beer.

If you haven’t read West Coaster then please go to www.westcoastersd.com and download for free a few back issues.

This recipe for Pumking Monkey Bread smothered pumpkin beer caramel sauce is sure to be a huge hit at the breakfast—or dessert—table this holiday season.

Remove pan from heat and allow to cool until the mixture is warm to the touch but not too hot (about 15-20 minutes or so).

Sprinkle yeast over the surface of the liquid and allow to sit for 5 minutes.
Stir in pumpkin puree until combined.

Gently stir in 4 cups of AP flour and ground cinnamon into mixture.

Cover with a dish towel and let rest for 1 hour. After 1 hour, the mixture should be very puffy and doubled in size. Stir in remaining 1/2 cup flour, baking soda, baking powder and salt until totally combined. Set aside. While that’s resting, time to work on Pumking Ale Caramel Sauce!

Pumking Ale Caramel Sauce
In a medium size saucepan, combine the sugar and Pumking pumpkin beer over medium-low heat and stir until the sugar dissolves.

Increase the heat to medium and bring to a boil, without stirring. Boil until the syrup is a deep amber color, about 5 to 6 minutes (however watch out, it burns easily).
Remove the mixture from heat and carefully whisk in heavy cream (watch out, it will bubble). Then stir in butter. Transfer the beer caramel to a dish and let cool slightly. Set aside.

After the dough has rested for an hour and you’ve added the final flour, salt, baking soda and baking powder...it’s time to coat the balls in the butter and cinnamon/sugar!

Cinnamon/Sugar Coating
Melt butter in a small bowl. Set aside.
Combine granulated sugar and ground cinnamon in another small bowl.
Pull off small dough pieces and roll into balls, about 1.25 inch in diameter. You will need 40-45 balls total, so be mindful of the size.

Dip each ball, one by one, in the melted butter and then roll in the cinnamon-sugar mixture to coat (You may need more cinnamon-sugar depending how heavy you like the coating) and place balls in a greased bundt pan. Set aside.
Pour half of the Pumking Caramel Sauce (1/2 cup) over the coated dough balls.

Place bundt pan on baking sheet (so no drippings fall into your oven) and bake for 35-40 minutes or until a cake tester is inserted and comes out clean.
Cool for 5-10 minutes and invert onto a large serving plate or cake stand.
Don't forget to serve alongside the remaining Pumking Ale Caramel Sauce for dipping!

HERE’S WHO MADE UP THIS DELICIOUS RECIPE:

PENNIES, PINTS, PITTSBURGH is run by the husband and wife team of Devon and Tim Murdoch.  The couple was born and raised in a small town outside of Pittsburgh.  They have an insatiable lust for good beer, good  food, and good ‘ol 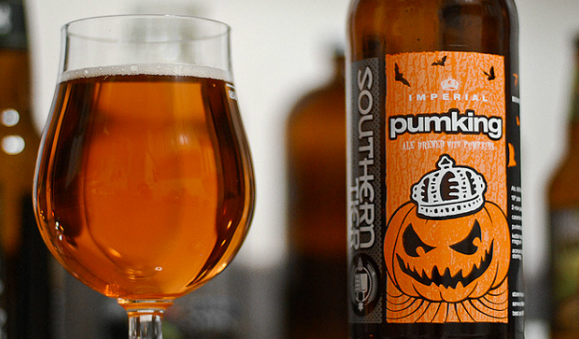 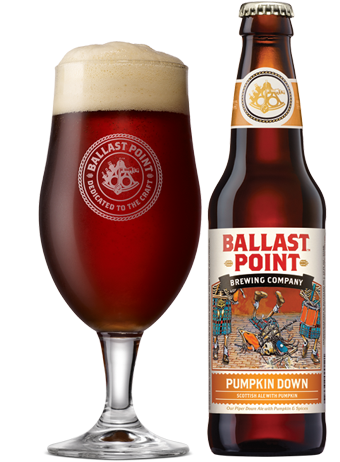 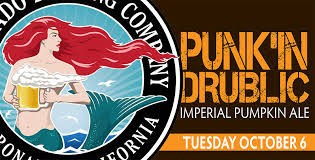