MONDAY MEDIA / WHEN THE MEDIA FALLS IN LOVE


The Deeper Risks of the Trump-Fox Love Affair

GUEST BLOG—Essay in Newamerica.org by Silvio Waisbord--Lambasting the news media has become a daily ritual for President Donald Trump. More than that, it is hard to imagine his continuous tirade against the “critical” media without the backing of Fox News and other right-wing media. If you landed on Earth only a few years ago, when the spectacle of Trump was just taking center stage, this may seem hardly remarkable. But a longer lens shows how troubling this symbiotic relationship can be.

Editor’s note: NewAmerica.org is a non-partisan think tank based in Washington DC.  Dedicated to renewing America by continuing the quest to realize our nation's highest ideals, Newamerica.org believes in honestly confronting the challenges caused by rapid technological and social change, and seizing the opportunities those changes create. It kindly shares its findings with responsible blogs.

The media ecosystem, in the recent past, kept presidents distant from news media. They were often frustrated with the tenor of news coverage, but they did not wage open, constant rhetorical battles against the press. Certainly, they mumbled their frustration in private, and occasionally even fired criticisms in public, but they behaved according to the rules of the old media-politics game. Put it like this: You could not pick a fight with those who owned (near-monopolies of) a barrel of ink or loads of precious airtime. Today, though, Trump flouts old rules as he dishes out daily diatribes against, what he calls, “fake news,” “the enemy of the American people,” and other labels straight from the authoritarian playbook.

ABOUT THE AUTHOR:
Why is it so different with him? Critically, it’s not really about him.

Sure, such rhetoric is partly the reflection of a president who disregards the toxic consequences of his own words for public discourse, and who has long shown a penchant for picking battles with the media. But on top of that, it is also indicative of novel developments in presidential communication—developments that have been forming since before Trump assumed the country’s highest office. In the past, presidents generally courted the press as a whole. They engaged in a constant tug-of-war to gain favorable coverage and dominate news cycles. But tectonic forces—the deregulation of media markets, the ascent of cable news, the fragmentation of media audiences, the renewed strength of partisanship in American politics—have gradually changed the landscape of political communication. As new dynamics have settled in, the old rules of presidential communication have become as relevant as the Walkman.

Today, Trump can afford to brush off scores of critical coverage of his administration. Because the Trump presidency is laser-focused on appealing to its conservative base, it has little concern for the potential consequences of negative news by liberal organizations. Just as it has shown limited, if any, interest in courting independent voters, it does not need to secure unanimously favorable news from all major news organizations. 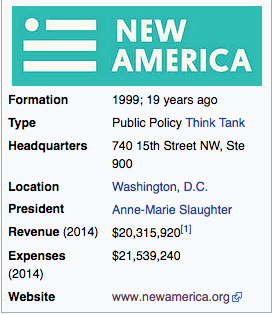 Trump can afford this strategy thanks largely to the unflinching support of Fox and a string of conservative legacy and digital media—from Sinclair to Breitbart. Fox offers a direct connection to his political base: It is a mirror of his ideas; it is often the source of his frantic tweets and the powerful megaphone of his tempestuous verbosity; it is a sounding board for his proposals; it provides generous airtime for his rallies as if they were urgent matters of national security.

Indeed, the coordination between Fox content and Trump messaging seems as choreographed as an MGM musical. Fox anchors come across as adoring fanboys rather than as the evenhanded, ceremonial narrators of news events of past network television news. Furthermore, Fox has become the farm team for the Trump White House as the latter continues to poach talent from the network to recover after resignations. Trump and Rupert Murdoch, chief executive and major shareholder of 21st Century Fox, are close confidants. No wonder, then, observers speculated that the swift approval of the recent Fox-Disney deal by the Department of Justice suggests chummy relations between Fox and the president.

Admittedly, despite the much-vaunted independence of the U.S. press, news organizations and the Presidency have historically maintained a complex relationship. Back-scratching between journalists and officials has been too common. Corporate interests closely followed public policies. A revolving door between newsrooms and government offices has always existed.

And yet, the relationship between Trump and Fox is qualitatively different in how it reflects a fluctuating industry. There is not even the pretense that they are, in principle, in different business—one doing journalism that should keep power accountable, the other governing for the public good. In fact, they are proud to announce their romance in public displays of affection. Recent pictures of Donald Trump Jr. holding hands with Fox anchor Kimberly Guilfoyle symbolize deep bonds between the White House and the cable news giant. The boundaries between government and the press are non-existent—some even suggesting that White House events are timed to help Fox’s ratings.

Far from being exceptional, the Trump-Fox bond is not surprising to anyone familiar with presidential communication under populism. Populism festers in polarized societies and divided media. It needs sycophantic news to perpetuate a dominant narrative filled with fact-less accusations and imaginary accomplishments. Populists love to praise “the voice of the people,” as Trump did when he stated “I am your voice” as he accepted the Republican presidential nomination. But what they really love is the resonance of their own voice—and the media that amplifies it, no questions asked.

Populism lives off these sorts of quid pro quo relationships between presidents and selected media corporations that march in lockstep with whatever the head of government says, does, or imagines. In addition to ideological communion, power and business lubricate the relationship, too. Presidents dutifully reward loyal media cheerleaders for their job. In return for positive news, they distribute scoops as well as government jobs for journalists, and contracts as well as favorable policy decisions for owners and shareholders. I win, you win, we all win.

This pattern is evident in many illiberal democracies in Eastern Europe, the Middle East, Latin America, and Asia. In some cases, large industrial conglomerates expanded into the media sector thanks to connections with presidents and their inner circle. In other cases, media oligarchs notably expanded the size of their presence as governments showered them with massive amounts of official advertising, no-bid government contracts, and media and telecommunication licenses.

So, when you read in your textbooks about how a strongman took over the media, it may have been that the media companies actually volunteered for the job.

Still, what makes Fox distinct from other populist regimes is that it was a media behemoth and formidable force in conservative circles before Trump ran for the presidency. Elsewhere, the power of media oligarchs is generally anchored in their closeness to the president. Proximity to the government is the lifeline of their business strategy and growth. They reap enormous benefits in return for aligning media companies in the service of the Dear Leader. Their businesses, whether media or other industries, are tied to the state and the discretionary decisions of a single individual—favorable state-bank loans, importation permits, tax exemptions, shady contracts with government agencies and companies. Fat with state resources, dominant private media in illiberal democracies deliver positive news tailored to the whims of the government.

In contrast, the dominant position of Fox in the U.S. media market preceded the Trump presidency. The extraordinary impact of Fox across national politics paved the way for Trump’s improbable presidential campaign. As he descended the golden stairs of his eponymous tower, he walked into a political ground already tilled by Fox and a roster of conservative media that had bombarded the faithful with nationalistic, racist, and xenophobic messages for decades. Once Trump became president, the feedback loop was perfected to the point that it is hard to tell who leads the tango between Fox and the White House. What is news content and political script gets murky.

During the Cold War, media analysts widely assumed that propaganda and private media were antithetical. Private media was canonically assumed to be the best antidote against the propaganda of anti-capitalist systems—it was believed to be what set us apart from communist manipulation. However, the Trump-Fox love affair, as well as the numerous cases of media oligarchs around the world, tells a different story: Private ownership and abundant advertising revenues are not incompatible with propaganda. If the incentives are right, they go hand in hand.

The satirical comparison between Fox and North Korean television may scandalize liberal audiences, but the real scandal is the underlying fact that a private company in the United States and a state-owned agency in a nominally communist pariah state offer similarly glowing coverage of the head of government. Neither ownership (public or private) nor the source of funding (public monies or advertising) make media companies immune to spreading propaganda.

The alliance between the Trump presidency and Fox is a sober reminder that political propaganda is not exclusive to government-owned and state-funded media. Private media corporations do not necessarily hold government accountable. They eagerly support the Presidency under certain conditions—ideological communion, high ratings and profits, beneficial business deals. By doing so, they upend the conventional wisdom about necessary conditions for the news media to do its job—scrutinize power with a critical eye and offer comprehensive information about current affairs. 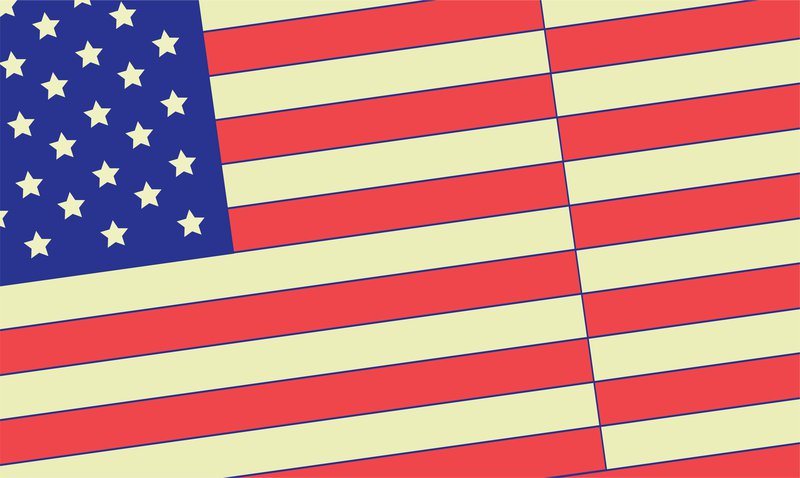 New America (the organization) mission statement:
We are dedicated to renewing America by continuing the quest to realize our nation's highest ideals, honestly confronting the challenges caused by rapid technological and social change, and seizing the opportunities those changes create.

New America Community:
Since 1999, New America has nurtured a new generation of policy experts and public intellectuals. Today we are a community of innovative problem-solvers, combining our core expertise in researching, reporting and analysis with new areas of coding, data science, and human-centered design to experiment and innovate nationally and globally. We prize our intellectual and ideological independence and our diversity, seeking to do our best work and to reflect the America we are becoming.
Wikipedia defines New America