AMERICANA / THIS BULL MARKET IS MATURE BUT NOT OUT OF GAS 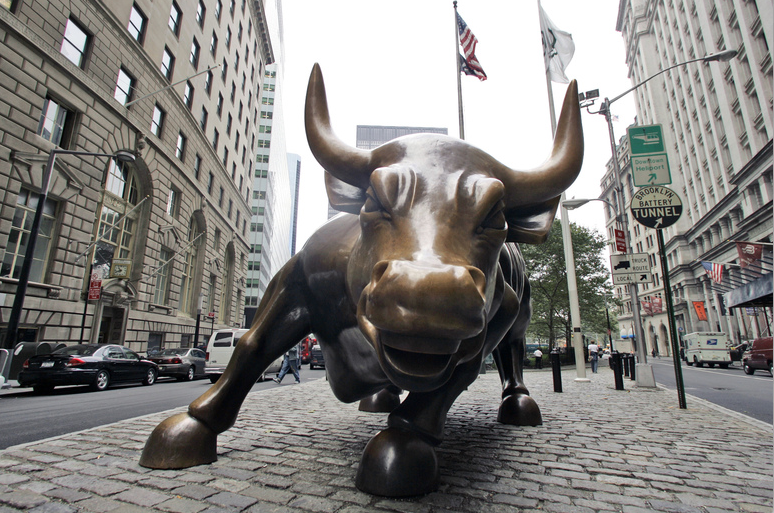 PillartoPost.org Editor’s note: Edward Jones is my stockbroker.  I’m confident that the company that helped me weather the 2008 depression will assist me in surviving what is ahead.  The text offered here is meant to be a sounding board for P2P readers to compare with other financial input they have obtained.

Market Pulls Back on Fading Optimism Over Trade and Growth

Stocks pull back - U.S. stocks turned lower Tuesday (Dec. 4), with the S&P 500 falling 3% and the Dow dropping nearly 800 points. Stocks gave back Monday's solid gains, turning negative on the week as the shine on last weekend's tariff truce faded and worries over the outlook for slower economic growth returned.

Trade optimism fades - Global stock markets rallied on Monday (Dec. 3) as fears of an escalating trade war between the U.S. and China eased on news that an agreement at last weekend's G20 meeting produced a temporary halt to retaliatory tariffs between the world's two largest economies. That optimism waned on Tuesday, which we'd attribute to the realization that the temporary agreement (90 days) is no guarantee of a lasting trade resolution. It's encouraging to see both sides are signaling a willingness to come to the table, but we expect U.S.-China trade concerns to remain a source of market volatility heading into 2019. Signs of progress between now and March would likely be well-received by the markets, but Tuesday's selloff suggests investors are skeptical a binding agreement will be reached in the next few months.

Flattening yield curve back in the spotlight - Market anxiety was further heightened by renewed flattening in the yield curve. In particular, two-year U.S. interest rates are now above five-year rates, reigniting fears of an inverted yield curve and the belief that this may signal an economic downturn ahead. We'd note the following:
-- The 2- to 5-year segment of the yield curve is a rather narrow slice of the rate spectrum and does not fully represent an inversion of the yield curve. For perspective, an inverted yield curve (when short interest rates are higher than long rates) does have a track record of signaling economic weakness, since it indicates an environment in which higher short-term rates reflect tightening monetary (Federal Reserve) policy and lower longer-term rates signal potentially weaker expectations for inflation and growth.
-- We agree that a fully inverted yield curve is a cautious signal, but historically a more reliable measure is 3-month rates compared to 10-year rates. This measure of the yield curve is flatter, but still positively sloped rather than inverted. We think this is consistent with our view that we are in the latter stages of the cycle, but a recession is not imminent.
-- This is not new. We have seen the market panic over the flatter yield curve several times in the past few years. Traditionally, a flattening yield curve is a sign of a maturing economic cycle, not the end of it. In fact, in the past, even when the yield curve has inverted, a recession did not emerge for an extended period of time. We don't dismiss the risks that are prevalent in today's investment environment, but we think the risk of a recession in 2019 is quite low. We expect the result will likely be ongoing volatility, not the imminent end of this bull market.

Positive fundamentals haven't changed overnight - This bull market is mature, in our view, but not out of gas. The flattening yield curve reflects the changing complexion of the investment backdrop, in which central bank stimulus is fading and economic growth is likely to tick down a bit next year. That said, the fundamental backdrop remains solid. Following a year of roughly 3% GDP growth in the U.S., the pace of growth in 2019 is likely to slow modestly but remain positive. The unemployment rate is near a 50-year low and wage growth is at its highest level in years, two key pillars of support for the consumer and thus the U.S. economy. In addition, corporate profit growth - while not likely to match this year's very strong 20% pace - should remain healthy next year. The combination of positive GDP and earnings growth has traditionally been a sound foundation for market performance over time. While fluctuating trade views and a kink in the yield curve represent short-term catalysts for volatility, markets are still up from their October lows and less than 8% from the all-time high. A wider lens shows that U.S. stocks have returned more than 28% over the past two years, despite enduring two separate 10% corrections in 2018. Near-term jitters could make for a bumpy ride as we close out 2018, but looking ahead, we don't expect them to outweigh the still-positive fundamental backdrop.