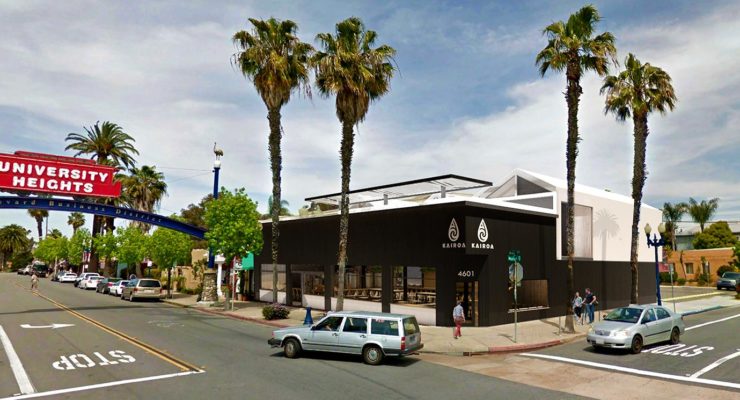 GUEST BLOG / By West Coaster Beer Magazine Senior Editor Brandon Hernandez--
Though it has a ways to go before its projected January 15 opening, and brewing didn't commence until recently, a sneak peak of the offerings from highly-anticipated University Heights brewpub, Kairoa Brewing, [4601 Park Blvd., San Diego] is being provided by its ownership team.

Head brewer Joe Peach will work off a 10-barrel brewhouse, while also experimenting using a one-barrel pilot system, which will allow him to provide a good deal of variety. So, what can customers expect from the opening-day beer board?

“We want to brew plenty of lagers as well as ales, so we will be brewing an authentic-style New Zealand pilsner and Munich dunkel right off the bat,” says Peach. “We will also brew an oatmeal stout, a hoppy session wheat beer, an English-style nut brown ale, a Belgian-style pale ale, West Coast-style pale ale, and an ever-changing, rotating list of various types of IPAs.”

Peach also intends to fill bourbon barrels with high-alcohol styles, including a Russian imperial stout, English-style barley wine and Belgian-style dark strong ale. A house saison will be ear-marked for wine barrels, and inoculated with a proprietary blend of Brettanomyces cultures. Kairoa will ­be outfitted with a total of 24 taps. The initial goal will be to have roughly half of them dispensing house beers. The rest will be supplemented by guest ales and lagers.