AMERICANA / WHAT’S IN THE GLASS THAT IS VITAL 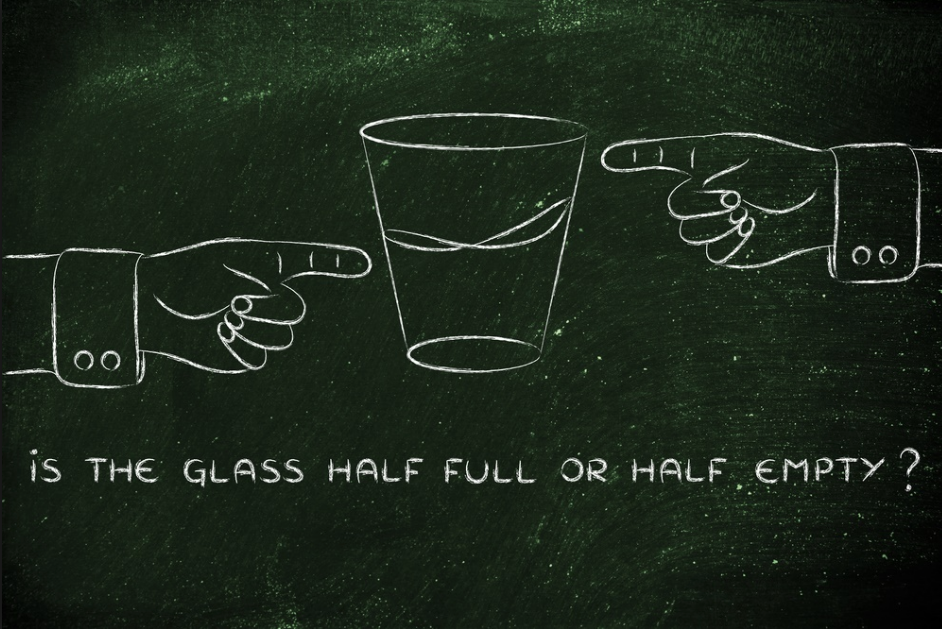 When addressing if the stock market glass half full or half empty?

PillartoPost.org feels it is important for the average American to obtain as much information on the workings of the current stock market.  In that spirit we present the view of this blog’s stock broker—not as an advertisement but simply her view on what is happening in this rapidly unpredictable financial marketplace.

By Nela Richardson, Ph.D, Investment Strategist, Edward Jones-- Stocks suffered the worst weekly loss this year just before Christmas, with most major indices now in correction territory and the Nasdaq in a bear market (down 20% from its peak).

The new concerns that emerged this week were fears that the Federal Reserve is raising rates more than the economy can support and a potential government shutdown. We think lack of any major catalysts until the end of the year and low liquidity conditions are also likely to blame for the outsized drop.

International developed and emerging markets also declined for the week, but held up better than U.S. stocks. Positively bonds rallied, helping stabilize portfolios. In our opinion Fed policy will remain a key driver of equity markets in 2019 as the Fed negotiates the balance between higher rates, inflation and a healthy but slower-growing economy. 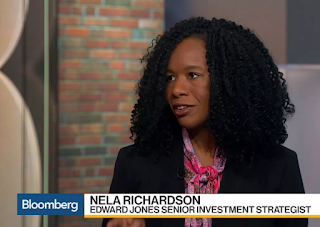 More moderate economic growth, in combination with still-low inflation justifies a data-dependent approach, which is what we will likely see in our view. The recent market volatility might be unnerving, but it’s still part of investing. We don't think you should make changes to your long-term strategy based on short-term fluctuations, but instead use this volatility as an opportunity to review your strategy with your financial advisor and ensure it’s properly aligned with your goals and risk tolerance.

Is the glass half full or half empty?
As glasses are about to be raised to toast the New Year, investors may still be trying to determine whether that glass is half full or half empty.  Despite strong economic growth in 2018, the market entered last week brewing with a trio of worries, including trade disruptions, geopolitical concerns and the specter of further Fed rate hikes next year. Additionally, the threat of a government shutdown drove a fresh bout of volatility in Friday's trading.
With last week's decision to raise short-term interest rates for a fourth time this year, the Federal Reserve tried to thread a needle between these market concerns and its more sanguine assessment of a solid economy. The gap between the Fed’s view of the economy and the market's view of risks can leave long-term investors wondering whether the bull market in stocks can outlive the market's short-term pessimism and recession fears.
Our outlook is that share prices will continue to rise next year, but at a slower pace. Additionally, we believe the lower valuations brought about by downbeat market sentiment across many different asset classes presents opportunities to diversify portfolios during the late stages of the bull market.

The Fed View: the glass is half full. As was widely expected the Fed raised short term interest rates to a range between 2.25 and 2.5%. The Fed also signaled it would raise rates two more times next year.  While that is down from the three times that it stated earlier, overall it is still suggestive of an economy that is growing even as the pace is slowing from the fading effect of the tax cuts and federal stimulus.
·       The economy is strong.  Underlining this decision is the Fed's view that the economy will continue to be solid and growing but at a slower pace next year than this year. We see evidence of this view as well.  The labor market continues to strengthen, creating an average of 206,000 jobs each month1. And though business investment has slowed from its gangbusters pace earlier in the year, consumer spending is still strong due to higher wage growth and low oil prices. Even the housing market, which had been signaling weakness all year, surprised to the upside as the pace of existing home sales increased from the previous month.
·       Inflation is low, and the Fed is nimble. The Fed acknowledged the economy was not perfect. There is slower growth abroad from Europe and China and an increase in stock market volatility that has pinched financial markets in the latter part of the year.  Yet, these imperfections are countered by moderate inflation growth that allows the Fed to be data-driven and make adjustments as economic conditions warrant.
The Market View: The glass is half empty
The Fed’s upbeat tone is at odds with downbeat market sentiment. The market reaction to the Fed rate hike was a broad-based equity selloff.  Concerns centered on the market worry that corporate earnings have peaked, the bull market is over and the Fed might be raising rates more than the economy can support. Though our outlook is that the pace of earnings growth will decelerate from a rate above 20% to less than 10% next year, we expect stock prices will continue to grow.  For this reason we see opportunities for the long-term-investor despite the market's glass half empty view. Here's why.
·       Valuations appear attractive. The S&P is down 9.5% this year, and 18% from its high, while earnings have increased1.  That means the price per earnings ratio is below its five-year average and presents an attractive buying opportunity in our view, given our outlook for solid economic fundamentals and modest inflation next year. Additionally, due in large part to market pessimism, international stocks are trading at a discount to US equities and to their own histories.    We believe adding international equities, both developed and emerging markets, are another way long-term investors can diversify portfolios in the later stages of the bull market, as well as increase the probability of positive returns over the long term.
·       The yield curve is signaling modest growth ahead. The shape of the yield curve may be, in part, a reflection of the pessimistic sentiment.  The gap between short term and long term rates narrowed last week, but, importantly did not invert.  An inversion of the long-term 10yr treasury and the yield on short-term 3 month Treasury bill has proven to be a reliable signal of a recession, although even when an inversion occurs (which has not happened yet) on average  a recession occurred 16  months later. Despite a bevy of market concerns the yield curve has remained flat, demonstrating that economic tailwinds and risks remain roughly balanced heading into 2019.
Our View: It’s what’s in the glass that matters most. If you’re investing long term the key takeaway is that fundamentals matter more than short-term market fluctuations. The economy and corporate earnings will continue to grow in 2019 but more slowly. Late cycle investing brings with it more market volatility and a slower pace of returns, but the recent volatility has also presented a number of opportunities, in both U.S. and international equities.  In addition, adding bonds can help cushion the volatility of an all equity portfolio.  We recommend short and intermediate bonds which are less sensitive to interest rate increases. It's important to work with a financial advisor to ensure you remain appropriately allocated based on your goals and comfort with risk to ensure your portfolio remains on track with your financial goals.