SUNDAY REVIEW / WHAT’S A KID TO DO?

Short story by Arnaba Saha From the Internet public domain 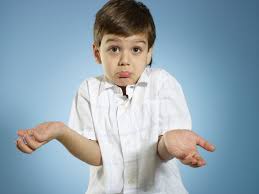 I was asked to sit on a bench in the corridor. At the end of the corridor there was a room. I was supposed to enter the room after someone came to fetch me. I was a little scared. Father told me to be calm and quiet. Mother said there was nothing to worry about. They both said everything will be fine after I answer the questions correctly. I had some vague idea what they would ask me. What I didn't know was the “correct” answer to that question.

After a long time, a lady came to me and asked me to follow her. I could see something in her eyes. Was it sympathy or pity? I didn’t know. As we approached the door, I could hear some voices; one was my mother’s second my father’s, there were few other unknown voices as well. As the lady opened the door, the room felt silent. Lady gestured me to enter and I did so. I was a little relieved to see my parents. They looked at me and remained silent. They were sitting on one side of a table and one man each were standing behind them and there was a third man who was sitting on the other side of the table. 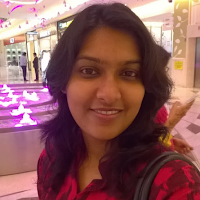 ABOUT THE AUTHOR:
Arnaba Saha is a contemporary author from Kolkata, West Bengal, India, who blogs at http://scribblerarnaba.blogspot.com/

The third man asked me to come and sit on the chair near to him. I did what I was told. He then started talking to me quite pleasantly. He said, “Hello son. I hope you know why you are here?” I nodded and he continued. “Then tell me with whom you want to be: your mother or your father?” I remained silent. He asked me again to answer. I still remained silent. He asked,” why are you silent son? You must have a choice? Whom do you love more? With whom you would like to be for the rest of your life?” I remained silent. A little irritated he said, “Say something, anything? Tell me what you are thinking.”

Finally he asked something for which I had an answer. I said hesitantly, “I.....I am a little.... confused, sir.” I didn't know what to say further. I swallowed before I could gather my thoughts. My class teacher in kindergarten had taught me this....This had worked when I forgot the poem I was supposed to recite in annual day function last year. I took a deep breath, gathered my words and said. “I wonder what would be the 'correct' answer to this question...Sir. On my last birthday mom and dad took me to the Zoo. There were lots of animals... elephants, giraffes, and tiger too.” All the good memories of six months ago flashed in my mind. I could speak more freely and felt happy. “And there were lots of cages and dad held me up while showing me the animals over other people’s shoulders. Mom used to hold my hand while we walked from cage to cage.”

I almost didn't notice that the man in the black coat was getting irritated at my rant. “My child,” he said sternly, “I don’t wish to hear about your last birthday, just answer my question.” I had grown in confidence a little by the memories. I told him, “Sir, please...please let me say...it’s very important to me.” I saw his face soften a bit. He curtly said, “Go on son.”

I continued with renewed vigour. “We spent the whole day together. Mom gave us the sandwiches she had packed from home. Dad said we all can have ice creams after that. I love ice-cream, sir.”

“We all do son.” This time the man was more kind.

“But I always get confused between a vanilla ice cream and chocolate ice cream. I asked Mom and dad which one I should take. They helped me out with all the cones and bars and cups and I finally chose one.” He again got a bit impatient and asked, “Drive home your point, son.”

I swallowed again and said, “Sir, every time I chose my toys, my ice-cream, my dresses and even friends, I was always helped by either mom or dad.”