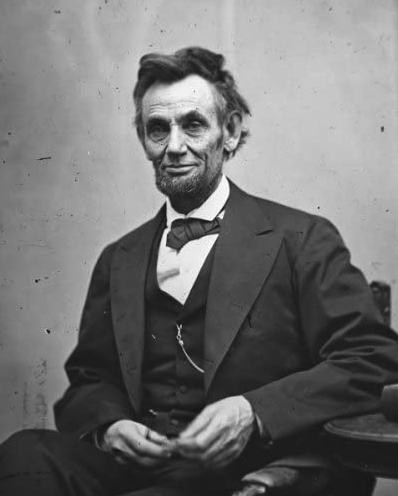 Today a grateful nation honors the 212th birthday of Abraham Lincoln, the 16th President of the United States.

The photo above was taken by Alexander Gardner at his studio in Washington DC on Sunday, February 5, 1865. It was taken a week before President Lincoln’s 56th birthday. Photo: Library of Congress.

Alexander Gardner (left) was a Scottish photographer who immigrated to the United States in 1856, where he began to work full-time in that profession. He is best known for his photographs of the American Civil War, U.S. President Abraham Lincoln, and the execution of the conspirators to Lincoln's assassination.

The tremendous changes underway in the medium of photography in the early 1860s are documented in the wealth of advertising covering the two façades of the Washington, D.C., gallery of Alexander Gardner. In autumn 1862 Gardner left his employer Mathew B. Brady to start his own portrait gallery. 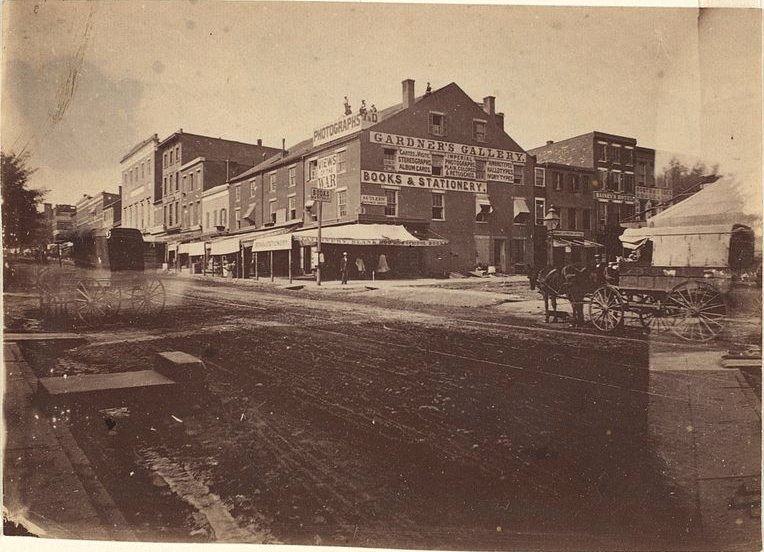 This late 1860s view of Gardner’s corner business at 7th and D streets shows a four-story building festooned with signs for virtually every type of image available at the time. The largest sign reads "Views of the War."