GUEST BLOG / By Jim Campi, Chief Policy and Communications Officer, American Battlefield Trust-- At its heart, history is about telling compelling stories – the experiences of individuals from diverse walks of life.  The more of these stories, the better. With this in mind, the American Battlefield Trust strives to tell the stories of individuals whose narratives have been lost and forgotten – including those of African Americans who struggled for freedom during our nation's tumultuous first century, from the years leading up to the Revolutionary War through the Civil War and the end of slavery. For example, the contributions of African Americans during the Civil War all too often go unheralded. Yet, more than 178,000 Blacks served in the U.S. Army during the war – a full 10 percent of the Union forces – even though African Americans were unable to enlist until halfway through the conflict. In addition, the stories of those away from the front, whether enslaved, contraband or free, are no less compelling and profound. 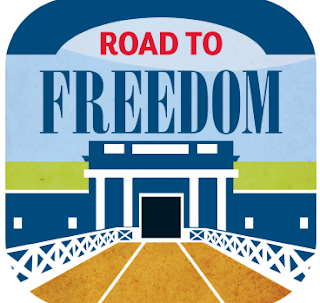 To elevate this important history, the Trust has partnered with Civil War Trails, Inc. on the Road to Freedom, a new map guide and digital application focused on the African American experience in Civil War-era Virginia. This network encourages visitors and Virginians alike to uncover stories of strife, growth and community.

It unleashes the power of place and draws upon the perspectives of historical figures whose stories we should know, highlighting concepts of self-emancipation and empowerment that had been lacking in historical interpretation.  Between the map guide and free app, the Road to Freedom features more than 88 sites across Virginia, from Alexandria just outside the nation’s capital to Abingdon near the Tennessee border.

Through a partnership with the African American Heritage Preservation Foundation, we will continue to add new stops and offer deeper context through future expansions. And this is just the first part of the journey – we hope that similar projects will follow in other states.

The Road to Freedom app is GPS-enabled, but images and historical content can be accessed from anywhere on the globe. The free app is available for download via the App Store and Google Play, or online as a web app, available through any browser.