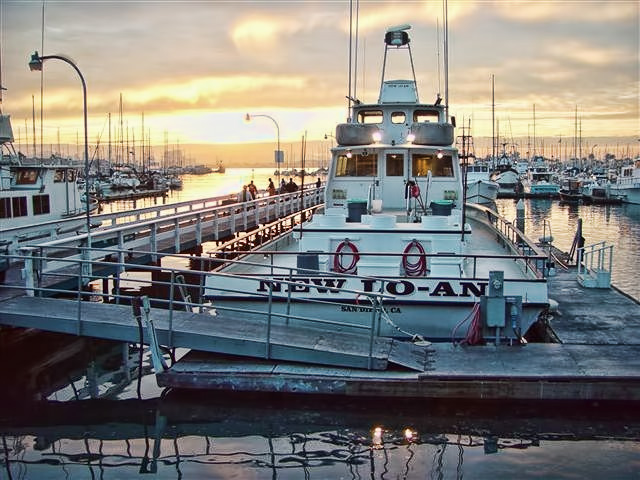 Rescue of panga by S.D. sportfishing vessel deemed ‘miracle’
Sportsfishing boat captain spots flashing cellphone lights from drifting, overloaded boat
Editor’s Note; During these pandemic times, the San Diego Union-Tribune early on granted permission to responsible bloggers to republish positive news. We thank the U-T for its generosity.
GUEST BLOG—By Bryce Miller, Sportswriter, San Diego Union-Tribune--As sportfishing captain Markus Medak stood in the wheelhouse of the New Lo-An on a moonless, cloud-choked morning that painted the Pacific Ocean sky ink-black, he thought he saw a faint light.
But it couldn’t be, right?
It was 1 a.m. Friday, more than 95 miles off the San Diego coast, as the boat chasing bluefin tuna east of an area known as Tanner Bank bobbed along the edge of a watery wilderness.
Just three other vessels were operating within a remote grid that covered 100 square miles, with two of those more than 10 miles away. There was no radio contact or electronic signatures indicating other traffic. The captain squinted for answers. “I saw the lights were starting to move erratically, which was odd,” Medak said via satellite radio.“We moved closer and I saw a white stripe and thought maybe it was a kayak that had blown out. “When we flipped on the spotlight, it was a panga, sitting very low in the water with a lot of people waving frantically with lights on a cellphone.”
Adrift for three days, 23 Mexican nationals and two Guatemalans had run out of food, water and, most critically, options. Flagging down a boat in the middle of the night, in the middle of nowhere using low-power phone flashlights, ranks somewhere between infinitesimal and flat-out impossible. Lt. Cmdr. Scott Verhage of the U.S. Coast Guard’s San Diego sector, the pilot who flew a MH-60 Jayhawk helicopter to the scene after Medak placed the distress call, has been involved in dozens of rescue missions. This was lottery-winner-level luck.
The value of Medak’s sharp eyes? Almost assuredly, 25 lives. “It’s a miracle,” Verhage said. “The captain and his crew are the true heroes in this.”
Medak shudders at the thought of how tragically the situation could have played out. A boat of that size normally would carry two to four people, the captain said. The weight of that many passengers caused rising waves to lap at the tops of the gunwale — the lone protector against catastrophic swamping.
There were no signs of life jackets. Most huddled under a hand-held tarp to escape the eroding conditions. “They were taking a lot of spray,” Medak said. “It looked pretty miserable.”
Weighing the safety of those on both vessels in sketchy conditions at night, Medak decided to toss the panga a line and basic provisions. They contacted the U.S. Coast Guard and stayed close, rather than attempt a risky boarding. Spanish-speaking members of the crew, composed of Matt Oberhaus, Raul Garabito, Josh Anguiano, Aaron Simmons-Francisco and Ben Armstrong, explained the plan from the bow of the New Lo-An.
Then came a critical series of hand-offs. The sportfishing boat remained with the panga until the Coast Guard helicopter arrived. When the chopper approached it hovered until critical fuel levels sank then C-27 fixed-wing aircraft dispatched from Sacramento grabbed the baton.
The C-27 plane remained on scene until the Coast Guard cutter Tern arrived to complete the rescue.
“The next morning, the weather really came up,” Medak said. “I don’t think they would have made it through that. Most likely, those people would have gone in the water. It would have been a different outcome. “That was the last chance for someone to find them.” 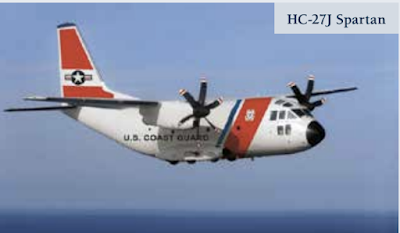 Verhage echoed the grim prognosis. “I wouldn’t want to know which way this would have gone without them,” he said.
An equally dangerous scenario involved the Pacific Queen, which fished within a quarter-mile of the panga with no clue it was there. When Medak relayed the situation with those on that boat, there was a pause. What if the vessels had collided? “(The captain) was pretty shook up,” Medak said. “In the middle of the night with a dark-gray panga, he easily could have run them over.”
When the Tern reached the mainland, those rescued were transferred to the custody of the U.S. Customs and Border Protection. Apprehensions of migrants and suspected smugglers at sea along the Southern California coast nearly doubled from fiscal 2019 to 2020 and continued to climb in fiscal 2021, as patrols and apprehensions increased in the wake of a steep increase in maritime migration.
All those involved in this case breathed a collective sigh of relief at the improbable outcome. Lives likely lost became lives surely saved. Right time, right place hardly gets as right as this. “We got so lucky we were able to see those tiny, little lights,” Medak said. A miracle indeed.
Union Tribune Staff writer Kristina Davis contributed to this report. bryce.miller@sduniontribune.com