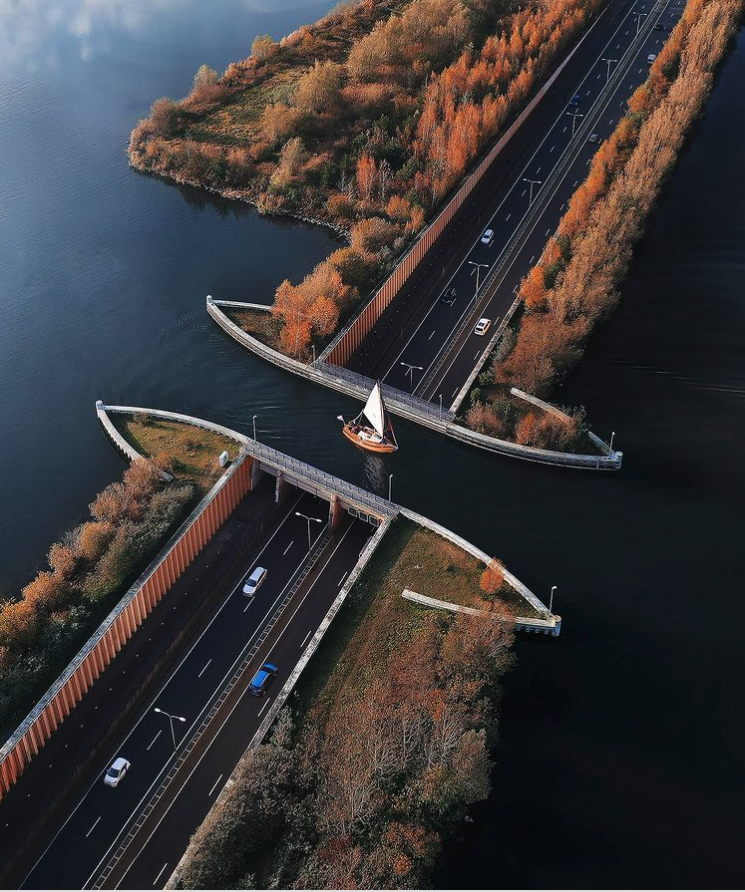 From bridges to homes and highways, there are incredible examples of architecture throughout the world. We've gathered one of the most mindboggling to add to your travel bucket list.

Built in 2002 and opened in 2005, the Veluwemeer Aqueduct, is one of the world’s shortest at 82-feet long. The aqueduct bridge is a ten foot deep canal that allows small boats and other shallow-draft water craft to sail over the road safely and easily.

It connects one side of Veluwemeer Lake in Harderwijk, Netherlands to the other. Aqueduct Veluwemeer completely ends the need for traditional draw bridges that raise to allow smaller boats to pass. How many times have we been in a queue at a drawbridge waiting for a sailboat to pass? Now no need to line up for cars or vehicles to pass. 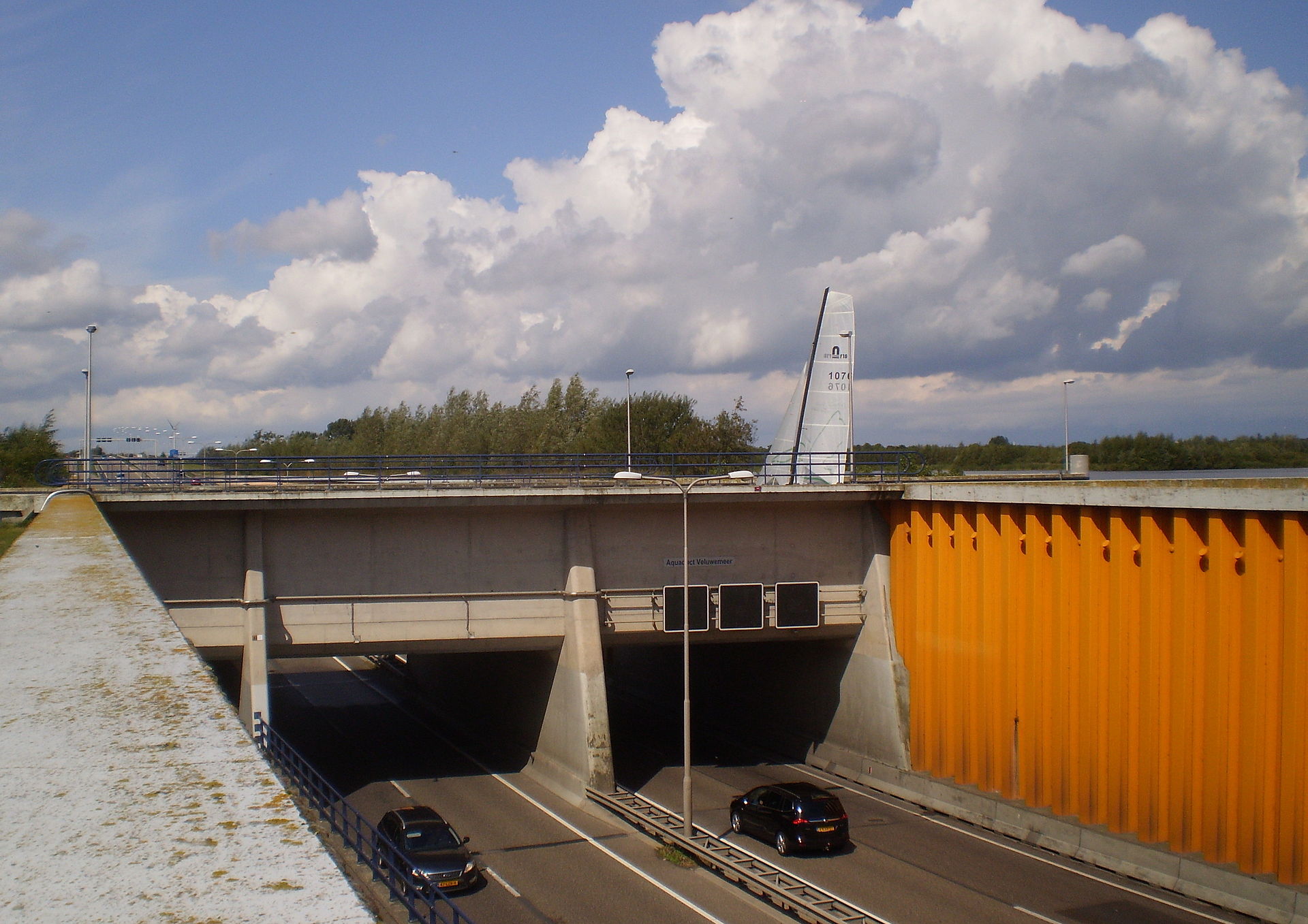 The Veluwemeer allows boats to navigate over the very busy N302 freeway in Harderwijk (28,000 vehicles per day drive under the aqueduct). In addition to allowing boats passage over the road, pedestrian walkways can be found on both sides, allowing for foot traffic to also cross.

The Veluwemeer Aqueduct was built using 776,922 cubic ft (22,000 cubic m) of concrete, and steel sheet piling to both hold the weight of the water above the roadway and prevent sediment from bleeding onto the road. 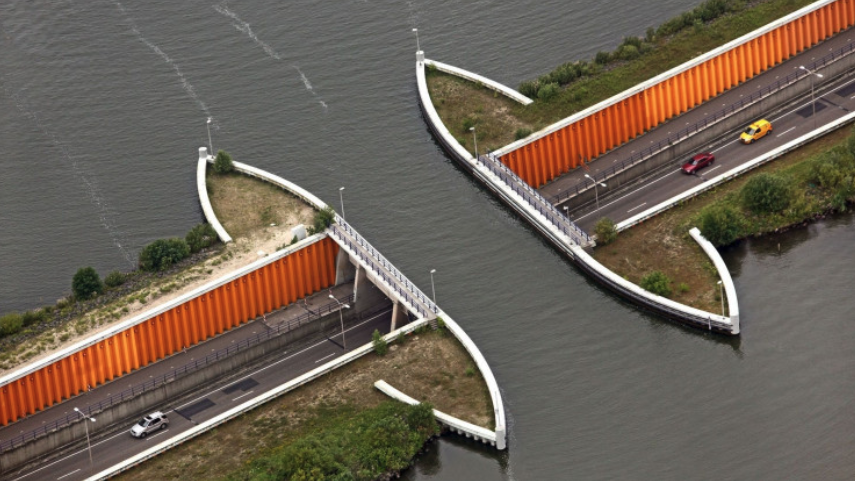 Why was the Veluwemeer Aqueduct built?

During the planning phase for the project, drawbridges, ferries, and tunnels were considered as likely solutions to allowing the road to fully cross the lake. However, the Dutch government designers decided on the novel approach of building a short aqueduct over the road instead.

Because the N302 is a major highway, it was deemed unrealistic, and inefficient, to stop the flow of traffic using a drawbridge or ferry solution. A tunnel, an option also likely considered, would have required too much time and expense when compared to the aqueduct solution finally settled upon.

A bridge, while a more typical solution to the problem, was deemed to be far too costly compared to the more reasonable cost of the aqueduct solution, at around $61 million. Given that the point at which it was to be built did not need to carry wide water traffic, its narrow aqueduct design was also deemed to be a wise choice.

Veluwemeer Lake (ps. "meer" is actually Dutch for lake) is one of fourteen 'bordering lakes' in the area, all of which are really just a very long continuous body of water, that was created by not completely connecting Flevoland and the Northeast Polder to the mainland of Netherlands. 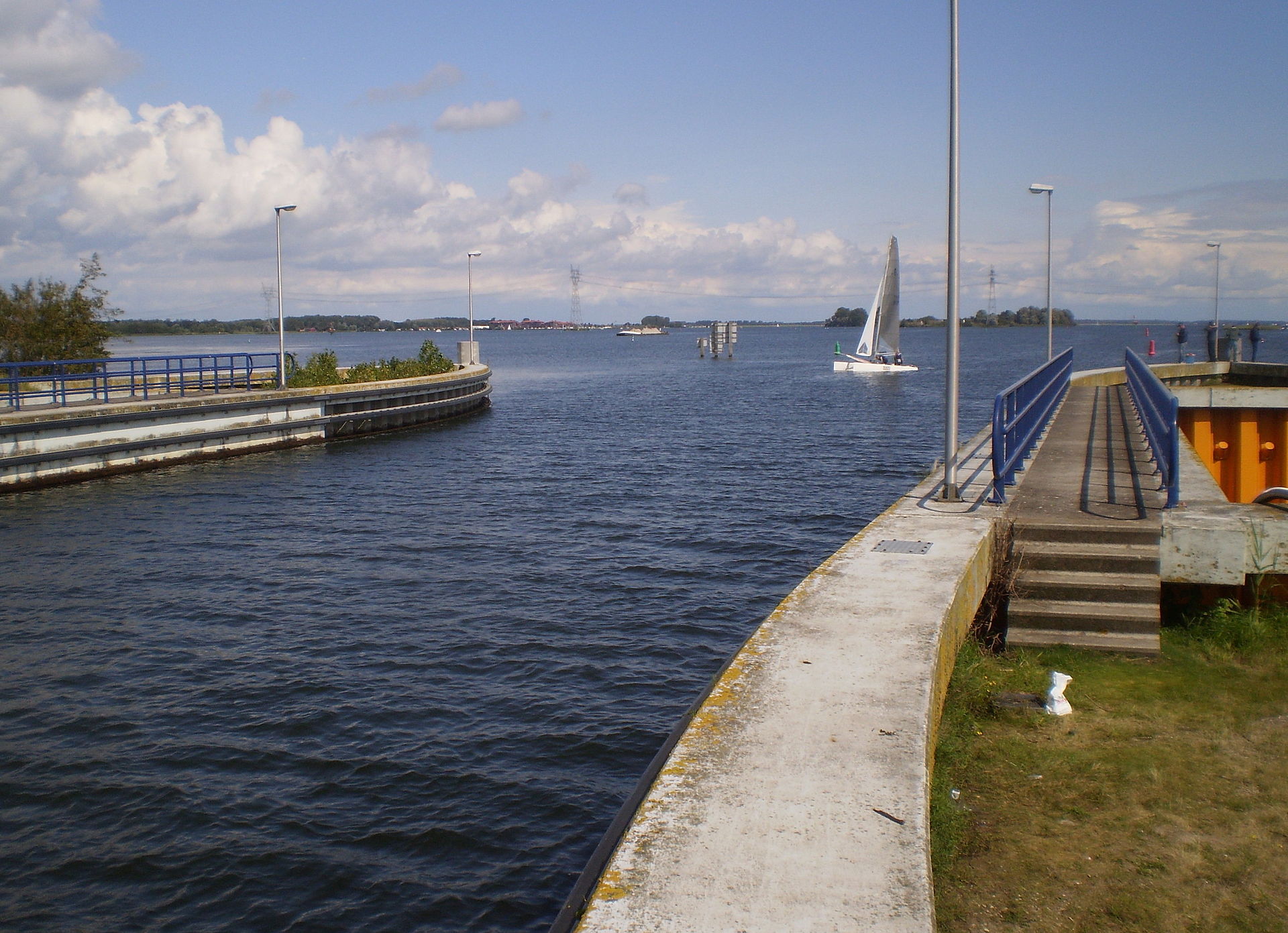