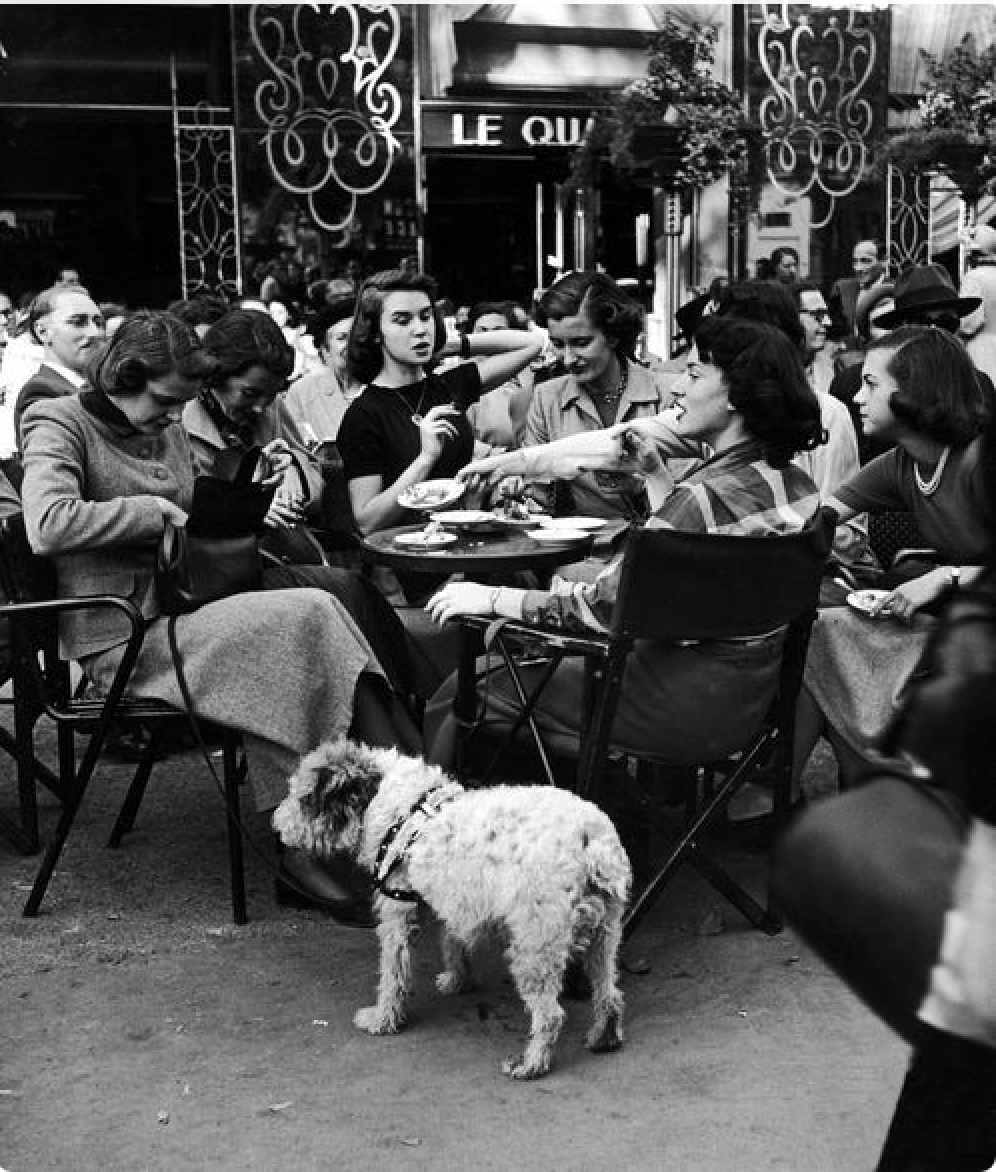 This classic photograph was taken in 1951 by American Gordon Parks, who said “…my favorite thing in Paris, sitting outside people watching…:

The image, above, is of young Americans stopping for coffee, cake, cokes and cigarettes at Café Colisee after a cine matinee on a Saturday afternoon.

Gordon Parks, left, moved from his native Fort Scott, Kansas, to Minneapolis in 1928 and became a photographer in 1937 after seeing examples of Farm Security Administration photographs reproduced in a magazine. He was a fashion photographer in Minneapolis and Chicago, before going to Washington, DC and finding work with Roy Stryker at the FSA; he subsequently photographed for the Office of War Information and at the Standard Oil Company of New Jersey. Parks worked as a fashion photographer at Vogue beginning in 1944, and when Life hired him as a staff photographer in 1948, he accepted assignments both in fashion and photojournalism. He remained at Life until 1970, producing many of his most important photo essays, such as those on Harlem gangs, segregation in the South, his own experiences with racism; on Flavio da Silva, a poor child living in Brazil; and on Malcolm X, Martin Luther King, Jr., and the Black Panthers. Parks's many books include Camera Portraits (1943), A Choice of Weapons (1966), Born Black (1971), Moments Without Proper Names (1975), and Half Past Autumn: A Retrospective (1997). Solo exhibitions of his work have been held at the Art Institute of Chicago, ICP, and the Corcoran Gallery of Art. ICP presented Parks with an Infinity Award for Lifetime Achievement in 1990. Parks's photographs were among the most effective documents of their era. In several cases, as in that of Flavio da Silva, they moved people to action and changed lives. Parks's photography was only one among many talents; he was also an accomplished musician, composer, poet, novelist, and filmmaker, whose films include Shaft and Leadbelly. Towards the end of his life, Parks experimented with digital imagery and created subjective, abstract color landscapes and still life photographs.