SUNDAY REVIEW / YES, I SUFFER FROM GEPHYROPHOBIA or THE ONLY THING WE HAVE TO FEAR IS PHOBOPHOBIA ITSELF. 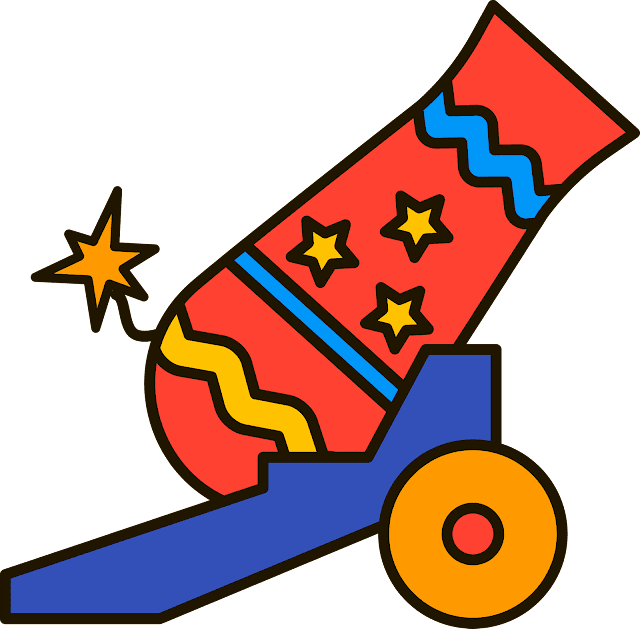 “...We of the craft are all crazy. Some are affected by gaiety, others by melancholy, but all are more or less touched...” --By George Gordon, Lord Byron.

Your life could be worse.

You could know me.

I’m a person once metastasized by fear.

Is it folly or real fear or someplace scary in between? All of the above as far as I’m concerned. I’ve always been afraid of losing my equilibrium that’s why I’m such a poor swimmer. Heights terrify me unless I’m on the Concorde (sadly they stopped flying years ago).

I have claustrophobia. Ergo, I live in a glass house.

I’m also terrified of being buried alive by an avalanche. I eschew canyons and hillocks taller than a leaf-filled gutter. All flat world theories appeal to me.

And, I'm afflicted by a high-grade gephyrophobia. It comes from living in the San Francisco Bay Area and lower Manhattan.

I also have panic attacks that wake me at night like the one that has me quivering aboard a suspended cable car crossing over a nameless South Pacific jungle river that has jerked to a stop mid-span for no reason. I whimper more than the ear-piercing metal to metal cable vs cable car grinding. The swaying motion reduces me to jello and I become an embarrassment to so many of my ex-wives and former friends.

But that was when I was younger and before I learned I was diseased. I still vividly recall being on a vacation with my buddies basking on a pristine beach in Baja. I had been drinking and decided I must learn how to surf. Alone, I carried a friend’s board to a stretch of beach where the waves call out like Vasser sophomore sirens.

I paddled out—fortified by several cans Canadian Ace, a lager no longer made—and when I tried to stand up, of course, I fell off. To this day I see the water in front of my eyes being churned by the incoming waves. It was then I realized waves don’t listen to pleas to stop coming: one after the other no different than bad relationships.

I could not dissern up from down. It was horrible.

Death take me. Within in seconds (hours I would relate later telling this tale) the back of my head bumped into something soft. A sea nymph taking me to Poseidon’s lair? No, I had beached myself. I opened my eyes and stared up at the blue sky?

My friends found me and were curious why I was on my back snoring on the beach with water lapping up my legs. The surfboard had beached itself where I had found it earlier. That day ended with a raging headache caused by this near-death experience.

To fend off the fear I carried around like a Hunchback of Notre Dame musical stand-in, I once hired a small fishing boat with a local man to take my around the cape at Cabo San Lucas. He said I was drunk and was not going to go along with my folly until I handed him $100. (In honesty, I thought I handed him a $10. Silly me).

Off we went until the calm waters of the Sea of Cortez turned into the skyscraper sized monster waves coming in from the Pacific. Ahead I stared at the mountainous sea front heading our way. I screamed like the proverbial wounded banshee. I pointed toward land. Go there, now! However, turnabout and doing so without capsizing was looking impossible.

Alas, I do not know how that sainted man was able to right the ship. Why wasn’t he born in time to save the Titanic or the Hindenburg? But he did save my rented craft. We made it back to shore. My head was splitting with pain. When I complained to traveling companions, they shook their head and mumbled behind my back. “It’s no wonder his head is splitting did you see how much he drank at lunch?”

Amateurs. Have they never seen a connoisseur of fine wines in action? Three bottles were nothing to fear—unless followed by a race to the nearest lagoon in far off Vanuatu. There I left the palm-roofed bar after a pitcher or two of delicious native made Wiki Waki Woo, a concoction of coconut milk, pineapple juice and orange squeezings all spiked with a decent London gin.

I hurried across the lawn avoided the resort pool with eyes on an outrigger canoe. I had to master how to operate an outrigger. I simply had to. I yearned to be one of the natives paddling around the green lagoon waving at the British Airways hostesses sunning themselves on the sand.

I jumped into the abandoned outrigger (the kind with a pontoon on the side) and pushed out into the lagoon.

I did not know that an outrigger at our resort must be turned around before going back out into the water. Reason is the pontoon must be on the opposite side from the strong current created by the nearby waterfall.

Too late I learned if the pontoon was on the same side as the waterfall, the current will force the pontoon down into what had to be mile deep waters. As the pontoon sank, the part of the outrigger I was sitting began to rise into the air. Of course, I screamed as I tumbled like a rag doll from my comfortable seat—wouldn’t you?

I splashed into 20,000 leagues of salt water. I hurled about under water trying to find air. It is so difficult to breathe down there. But I must of done something right to help save myself because I remember popping up through the current to gasp breath before sinking once more. On one of my rightings, I was able to see (my glasses hadn’t fallen off) a couple on a small pier. I shouted orders for them to call the authorities to come rescue me before I drowned.

They began to laugh.

How cruel. I later learned they were Australians on a honeymoon. I’m sure she has left the man long ago.

Across the water, I heard: “stand up, Yank.”

I knew that. I was just being dramatic. I raised myself up from the brine that has taken the lives of countless, hapless sailors over the eons and stood in waist high water to retrieve the flotsam that had escaped from my wallet. Or is called jetsam?

For the next decade, I struggled on with my life but as I neared my 40th birthday, I realized I had a touch of Gamophobia. To ebb that affliction my tonsorial therapist suggested I attend a lecture at the Phobia and Additions Clinic across the Bay in San Francisco. Visits had done wonders for him, he claimed. He was on his fourth wife.

What the hell, it would be worth the visit. I feared my fears had metastasized covering my body from head to toe. Time to get a grip.

But to get here I had to deal with my fear of driving a car, riding in filthy subways or crossing bridges. I only attended one meeting because finding anyone to drive me blindfolded over the Oakland Bay Bridge was too taxing. My complaints were too numerous to be tolerated.

But at that meeting I did find a wonderful woman and to make it brief we married soon after. She did continue at the clinic, however, as it was doing wonders for her acute adrenaline junkie addition. We proved opposites do attract.

On one occasion early in our marriage she insisted we traverse the Upper Colorado River through a dangerous class of white-water rapids all in the name of fun. I agreed to go only after we polished off a case of Billecart-Salmon Brut Sous Bois Champagne that had been a wedding present the week before. I never saw her more exhilarated. Her gasps of anticipated pleasure were only surpassed by our wedding night at the Holiday Inn/Chinatown.

After the blizzard of the century ebbed, we arrived at a rafting camp in a far corner of Colorado. Luckily the rapids were so swift it was impossible for them to freeze over. She hopped aboard the rubber raft in a bikini and crash helmet covered by a windbreaker. I boarded resembling the Michelin snowman. The tour operator warned me that if I fell overboard the sheer weight of my costume would send me to the bottom never to be seen, again—alive. I informed him I was experienced in all forms of waterborne craft.

She immediately took the front seat of the raft and took on a Kate Winslet- like pose on the prow of the Titanic (before it sank) from the movie of the same name. Meanwhile, for the first time, I realized where I was. I was able to reach out and touch the freezing water. AND YOU EXPECT ME TO GO OUT FROM SHORE WITH ONLY A LIFE JACKET? Does no one care that I don’t do rapids—and never mind what color they are.

The last straw of our marriage was soon after being pulled from the bottom of the sea by linebacker sized lifeguards. But it wasn’t my fault. My new bride insisted we go deep sea diving off the Royalton Resort just off of Manley avenue in Negil, Jamaica (the lobster was divine). Wise to my foibles too numerous to be called singularities, she spiked my fourth glass of Schwarzwald dry gin with tranquilizers fit for sedating bull elephants in heat.

Smiling and waving, I don’t remember strapping on the scuba gear or riding out aboard the Governor’s yacht. The awful truth I was dumped into the sea with an empty tank of oxygen. Oh, it was an awful mistake, they say. Apologies all around, but my persecutory delusions wouldn’t let this latest sea disaster in my life be put to rest.

It was a bitter divorce.

But that’s all behind me now. After overcoming my CBT (fear of Cognitive behavioral therapy) I’ve not had a panic attack or a single episode of phobophobia. I agree that my cure may go hat in hand with my total abstinence of alcohol.

For the past 30 years, I have remained sober. No back steps. I’m dryer than a James Bond martini.

I do miss my old friends: chest pain, choking sensations, dizziness, feelings of impending doom, hyperventilating, rapid heart rates of breath, sweating, trembling and moaning out loud. I call them the dearly departed and think of them on occasion when I have occasional NIGHTMARES.

Holden DeMayo is a pseudonym for a former international travel writer, who has been fired more often than a circus cannon. He currently resides indoors at an undisclosed location after suffering a Covid influenced attack of Agoraphobia. He does not want to hear from you.