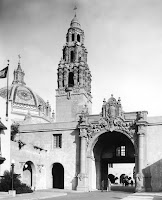 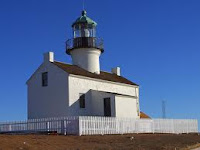 ICONS R US--There’s public debate afoot on the topic of creating a new civic icon image for San Diego along the lines of the Eiffel Tower, Statue of Liberty, and/or The Arch in St. Louis.

Creating a landmark for landmark’s sake reminds me of the Hans Christian Anderson tale “Emperor’s New Clothes.” Point being do we need to create an icon image simply to attract more attention to ourselves? Smacks of a low tide view of our civic self-esteem.

But, do we need it? We are a world class city. We just need to believe that and to support leaders, who understand that. If anything San Diego has too many universal appealing icons. Other cities like Seattle and St. Louis have few.

Why build another icon? We have a huge list of them that we sometimes ignore:

--Coronado Bridge. Spans one of the planet’s finest natural harbors.

--Hotel Del Coronado. Classic Victorian architecture. What a beautiful job the hotel staff does decorating the feisty Victorian for the holidays.

--USS Midway. By not seeing the aircraft carrier as a world class civic icon worthy of high praise is simply minimizing what the name stands for; the servicemen and women who served about her and the military heritage of our region.

--Sea World Tower. Just as significant as the Space Needle in Seattle, especially during the holidays when Sea World staff lights it up.

--Cliffs at Torrey Pines. Beautiful natural wonder that’s a lot better looking than most shorelines. Used to be an island and so was Point Loma area. That’s why you’ll only see Torrey Pines growing there and Santa Rosa Island in the Channel Isles.

This small essay undoubtedly will appear as a negative to those who wish to place a civic icon image representing the sailing legacy of San Diego. Instead why not use the energy to create a huge sailing event that justifies the proposed 500-foot sailing icon. For example, why not create another America’s Cup event that will always be part of San Diego. There are 30 plus teams in the National Football League. Certainly there is room in the world of big league sailing for more than one America’s Cup style event. Why not name the mega sailing competition the Cabrillo Cup? We could market the heck out of that and we would gain the eyes of the sailing and sporting universe every two years when the Whatever Cup is hosted. Make that 500-foot proposed sailing icon earn its keep first. The first Cabrillo Cup or San Diego Cup or Horton Cup or Burnham Cup or Snapdragon Cup could be part of the 100th anniversary of the California Panama Exposition in 2015.

Civic icons are earned not manufactured.