THE GIFT OF CRAFT BEER 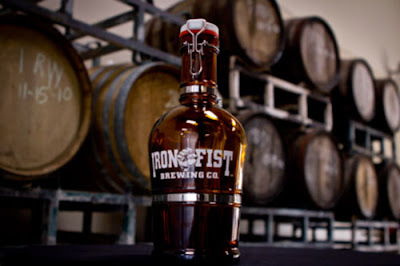 BEERY XMAS—With San Diego County being America’s nirvana of craft beer breweries (60-plus), we didn’t have far to go to learn what tasty brewery craft beers would be cool to put under the tree; bring to an office party or take to a home pot luck gathering. We asked the editors of West Coaster, the region’s leading craft beer publication that’s dedicated to all things craft beer to suggest a few craft beers that are just right.

Buy the Case: Making a stop at the store before that holiday party? Grab a case of Sierra Nevada Brewing Co.’s Celebration Ale, a “fresh hop” winter seasonal beer that has for many years been a benchmark of the American IPA style.

Growler Affection: Gift a growler, that’s a hefty half gallon or full gallon of craft beer, available from a majority of the local brewing companies including Alpine, Hess, Green Flash, Ballast Point, Karl Strauss, and Pizza Port. The initial purchase is the most expensive, around $25, as you buy the reusable growler glassware along with the beer.

For the Dinner Table: Grab a “bomber” (22oz bottle of beer) or two from Poway's Lightning Brewery. The Electrostatic Ale in particular pairs quite well with big, hearty holiday meals.

Where to buy: For updates on all San Diego area craft beer brewers, retailers and brew pubs go to www.westcoastersd.com and download the latest edition of West Coaster or pick up a hard copy and leading craft beer outlets county-wide.