MAKING UP FOR LOST TIME 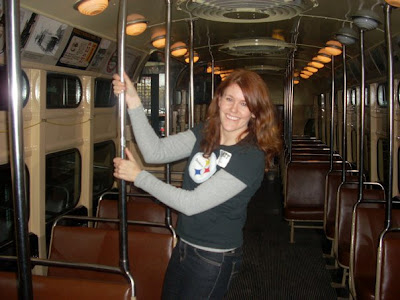 MOUTHS OF BABES--When our youngest grandson, the ever-inquisitive Jackson Shess, asked me what my Poppa’s name was. I diverted the conversation. “How about those Padres,” I remember saying. But that night, I took stock of my family tree and realized I did not know the names of three of my grandparents. And, all had since passed on.

My father was orphaned at 3 years and times were tough for him growing up. As an adult, he didn’t talk about the family he didn’t know and he certainly didn’t speak of the horrors of being a U.S. infantryman in WWII. He didn’t talk and no one pushed him to do so.

Twenty years after his passing, I decided it was time to defy dad and start asking the questions he wouldn't answer. A neighbor once told me how much fun he was having using Ancestry.com on the Internet to search his family tree. He said all I had to do was sign up for the site and enter name and birthday info. The site’s computer searches through its reported five billion files to report back the data. But I had no birth info either.

Now, feeling frustrated, I went on to the site and discovered if I signed up right now I’d get 14 days free. I bit on the offer.
Next thing I remember was my wife coming into my home office wondering what in the world I was doing at 4 a.m.

She told me the next day I had tears in my eyes when I told her “…I found my grandparents!”

Ancestry.com within minutes led me to a 1910 census report for my dad’s hometown, Canonsburg, PA. The Thess family was recorded all five boys (5 more would be born later) and my grandparents. The computers have been programmed to account for misspellings. I later learned that census takers often made mistakes orally translating names through thick non-native accents. Thess was indeed Shess. And, because the census listed birth years, I had enough info to find grand dad and through him I found grandmother.

Weeks later, I had become a bit more sophisticated in my search. I found my way Ancestry.com’s huge Internet chalkboard where members log in and post notes like “Descendants of Felix Shess contact me I have wedding pictures.” Felix was my dad’s older brother. And, the poster spelled the name right!

I replied immediately. Could this be? The person at the other end of the site took three days to reply. But the wait was worth it. Now, not only did I have my grandparents names but I found their wedding pictures. I had faces with names. And I discovered a new cousin, Amy, who to this day sends me cookies each Xmas and photos when she finds them.

I’ve become an ancestry buff ever since. I’m finding cousins right and left. Now, I have to find site that answers the question from grandsons “…how come you look so skinny in that old picture of you? What happened?”

Images: World, may I introduce you to Anna and Joseph Shess on their wedding day in 1900. And, thank you, new cousin Saint Amy Rybacki for posting that note on the website. OK, she’s not perfect, she’s a Pittsburgh Steeler fan.