IN SEARCH OF THE USA’S BEST CRAFT BEER

ONE BREWERY AT A TIME—By Tom Basinski, Pillar to Post, Contributing Writer--Although I live in the San Diego area we have another home in Clio, Michigan. Clio is a few miles north of bullet-ridden Flint, and 15 miles south of Frankenmuth, a German-style village famous for chicken dinners, German sausage, an impressive ice sculpting contest in the winter, and nice, friendly people.
Also in Frankenmuth is Bronner’s Christmas Wonderland where next holiday season one can find anything Christmas, including lights, ornaments, Nativity scenes and any kind of decoration known to man.
The Frankenmuth Brewery is Michigan’s oldest brewery, making premium beer since 1862. Located in the heart of the city, along the scenic banks of the Cass River, the spacious brewery of 28,000 square feet puts out 8,000 barrels of beer a year. 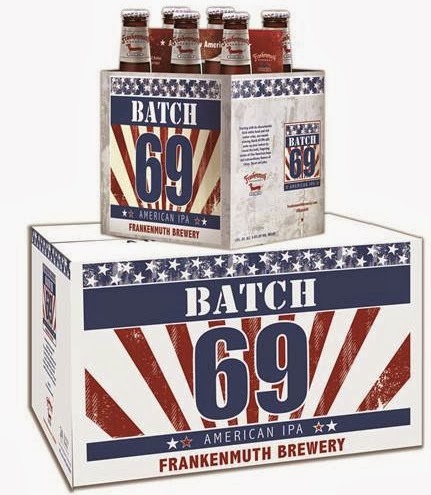 This time of year you can also find the Oktoberfest Lager whose copper color comes from four different malts with a perfect balance of German Noble hops. Other micro brewed seasonal beers can be found at different times of the year.
In 1996 the brewery was destroyed by a tornado (that’s mid-Michigan for you) and reopened with new ownership on July 1, 2009.
The business sports a microbrewery and two American style indoor restaurants with three patios overlooking the Bavarian Belle Riverboat on the Cass River.

The menu is standard Brewhaus fare. The French Onion soup is exceptional along with beer battered onion rings. There is an assortment of salads, soup, and pizza, along with numerous sandwiches and wraps that are tasty and pleasing. A few modest entrees fill out the menu.
Internet critics have whined about the food and the service. I found the food to be satisfying and fulfilling. I didn’t exactly go there to eat a lot anyway. The complaints about the service were more about the age of the waiters and waitresses (I’ll never call them “waitpersons” or whatever the latest politically correct terminology is) and the staff’s lack of knowledge about the various beers.
If you’re a beer aficionado, or even a snob, you already know what lagers and ales are, along with pilsners and Hefeweizens. Why would one need to ask a college kid the finer points of brewing when the kids are more interested in their upcoming political science exam at nearby Saginaw Valley State University? Why penalize the student workers who probably swill Bud or Miller Lite in their off hours? Besides, the future leaders of America are probably more adept at texting than they are at talking. God help us.
Read about the beer on the menu, its Alcohol By Volume percentage, and International Bitterness Units, order it, drink it, and shut up.
Frankenmuth Brewery
425 S. Main St.
Frankenmuth, MI 48734
(989) 262-8300
www.frankenmuthbrewery.com


* If we seem a bit insensitive to our brief description of Flint, Michigan, the author is a former policeman in the City of Flint and we'll take his word for it.