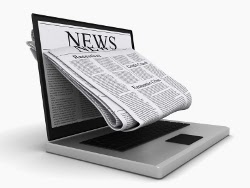 The Press Club’s journalism contest looks for original reporting and those who have taken advantage of online technology, such as interactive databases, primary-source interviews, and accompanying charts and graphs, in order to provide a thorough and graphically attractive report. This competition recognizes the best journalism that uses online technology to provide a more compelling report than a print or broadcast story alone.

The award includes a $750 prize for the winner. The deadline for entering the contest is April 1.

The contest is open to Press Club members and non-members. Entry is free for press club members and $50 for non-members. For the first time, entries may be submitted online or by the more traditional use of mail. For more information, click http://press.org/about/awards

The award is named in memory of Joan M. Friedenberg, a 30-year veteran of TV and print news, who was founding editor of the Online Newshour and wife of former Club President Jonathan D. Salant. She passed away in 2007 from complications arising from Lyme disease.

Both online-only reports and sites that accompany print or broadcast stories are eligible; in the latter case, entrants must show how they used online content to enhance the print and broadcast reports.

The winners of the Friedenberg Online Journalism Award last year were Peter Eisler and Alison Young of USA Today for their package "Ghost Factories," which uncovered hundreds of forgotten lead factories and the health problems they can cause.

History of the NewsHour: http://www.pbs.org/newshour/about/history/