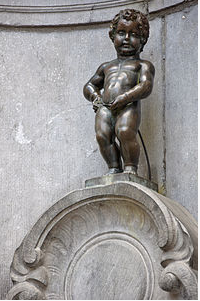 BOOK REVIEW—If I had read Peter Mayle’s masterful and highly entertaining two books, “A Year in Provence” and “Encore Provence,” I could have saved myself some bodily agony during one particular outing in Paris.

Frankly, I didn’t do my research.  Paris was cold last April and I found myself in a covey of family members happily wandering the streets of the City of Light.   For a time, I was miserable because too much espresso keep me searching for a public toilette instead of checking out the local sights.

The following is an excerpt from Mayne’s Encore Provence (he has published dozens of books mainly by Alfred A. Knopf).   Herein he describes the differences between the French and American/British cousins when it comes to restroom practices.

There is a sign “...I can’t imagine seeing anywhere else in the world but France...in large type and stern language...” it is forbidden “...to stop and relieve himself in the vicinity...”  Mayle points out a sign like that would never be read in East Hampton, “...a town noted for its well-toned and highly disciplined bladders.”

But in France the message is a must “...because of the Frenchman’s fondness for impromptu urination.  When ever nature calls, he is quick to answer, and it doesn’t matter where he finds himself at the time.  In towns and cities there are a thousand discreet corners; out here [Provence], hundreds of empty square miles and millions of bushes ensure privacy for le pipi rustique.  But judging by what I’ve seen of the Frenchman’s choice of venue, privacy is the last thing that he wants.

“Sometimes on a rock, silhouetted against the sky like a stag at bay, sometimes so close to the side of the road that you have to swerve to avoid cutting him off in midstream, he is there, doing what a man has to do.  And he has not the slightest embarrassment about doing it.  If you should catch his eye as you pass, he will acknowledge you with a courteous nod. But it is more likely that he will be gazing upward, counting the clouds as he takes his ease...”

Had I read Mayle’s book first, I could have leaped behind a hedge in the “Bois” instead of gritting my teeth until I reached the public restroom in front of the Notre Dame cathedral. 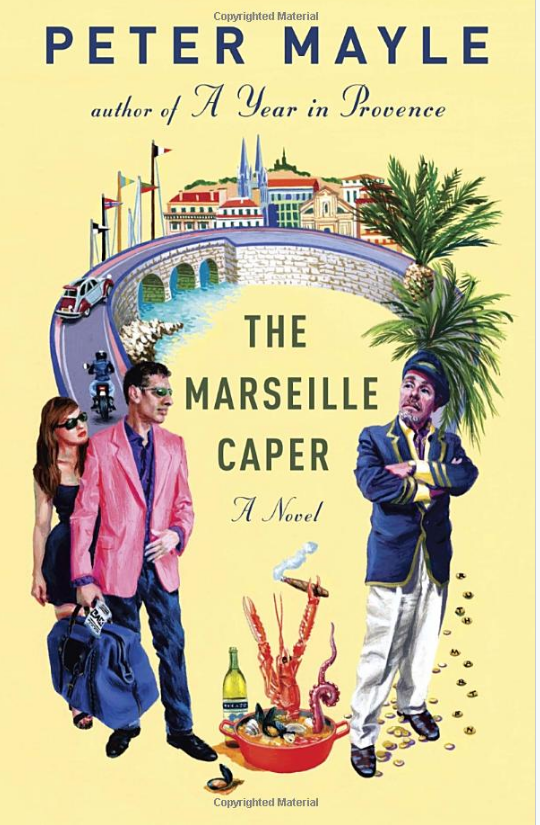 Books by Peter Mayle, a former advertising executive:
Chasing Cezanne
Anything Considered
A Dog’s Life
Hotel Patis
A Good Year
French Lessons
Toujours Provence
A Year in Provence
Encore Provence
The Vintage Caper
And as of 2012: The Marseille Caper

France honored Mayle by bestowing a Chevalier de la Légion d'honneur (Knight of the Legion of Honor) in 2002, for “coopération et francophonie.”