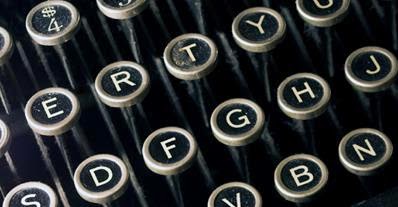 FINE ART OF WORDSMITHING-- Robert Wilson, Sudip Bose, Bruce Falconer, Allen Freeman, and Margaret Foster, who are editors at American Scholar magazine, came up with the idea to discuss the best sentences from world literature.  It was one of those “over the water cooler” ideas that produced the following (in their opinion) the ten best.  The magazine in its blog had the sentences listed top to bottom as Fitzgerald, Joyce, Hersey, Morrison, Austen, Didion, Hemingway, Dickens, O’Brien, Nabokov with Capote as a bonus.

Uninvited, Pillar to Post crashes this worthy celebration by rearranging the order of the above list into our version of the American Scholar list.  The following is what Pillar to Post believes is a better order: Morrison, Capote, Joyce, O’Brien, Hemingway, Dickens, Austen, Hersey, Didion, Nabokov and as a bonus Fitzgerald.

Make your own list.  And, maybe tomorrow it can be a topic over the water cooler.

TEN REMARKABLE SENTENCES IN THE MOTHER TONGUE, PLUS ONE

It was a fine cry—loud and long—but it had no bottom and it had no top, just circles and circles of sorrow.—Toni Morrison, Sula

Like the waters of the river, like the motorists on the highway, and like the yellow trains streaking down the Santa Fe tracks, drama, in the shape of exceptional happenings, had never stopped there.—Truman Capote, In Cold Blood

I go to encounter for the millionth time the reality of experience and to forge in the smithy of my soul the uncreated conscience of my race.—James Joyce, A Portrait of the Artist as a Young Man

In many ways he was like America itself, big and strong, full of good intentions, a roll of fat jiggling at his belly, slow of foot but always plodding along, always there when you needed him, a believer in the virtues of simplicity and directness and hard labor.—Tim O’Brien, The Things They Carried

Anger was washed away in the river along with any obligation.—Ernest Hemingway, A Farewell to Arms

There are many pleasant fictions of the law in constant operation, but there is not one so pleasant or practically humorous as that which supposes every man to be of equal value in its impartial eye, and the benefits of all laws to be equally attainable by all men, without the smallest reference to the furniture of their pockets.—Charles Dickens, Nicholas Nickleby

For what do we live, but to make sport for our neighbors, and laugh at them in our turn?—Jane Austen, Pride and Prejudice

This private estate was far enough away from the explosion so that its bamboos, pines, laurel, and maples were still alive, and the green place invited refugees—partly because they believed that if the Americans came back, they would bomb only buildings; partly because the foliage seemed a center of coolness and life, and the estate’s exquisitely precise rock gardens, with their quiet pools and arching bridges, were very Japanese, normal, secure; and also partly (according to some who were there) because of an irresistible, atavistic urge to hide under leaves.—John Hersey, Hiroshima

It was the United States of America in the cold late spring of 1967, and the market was steady and the G.N.P. high and a great many articulate people seemed to have a sense of high social purpose and it might have been a spring of brave hopes and national promise, but it was not, and more and more people had the uneasy apprehension that it was not.—Joan Didion, Slouching Towards Bethlehem

There is nothing more atrociously cruel than an adored child.--Vladimir Nabokov, Lolita

Its vanished trees, the trees that had made way for Gatsby’s house, had once pandered in whispers to the last and greatest of all human dreams; for a transitory enchanted moment man must have held his breath in the presence of this continent, compelled into an aesthetic contemplation he neither understood nor desired, face to face for the last time in history with something commensurate to his capacity for wonder.—F. Scott Fitzgerald, The Great Gatsby