UPDATE #1 : TWO REMARKABLE PRESENTATIONS ON D-DAY WERE COMPILED BY GOOGLE'S CULTURAL INSTITUTE AND BY REUTERS, THE INTERNATIONAL NEWS SERVICE.  For a remarkable and thorough file on D-Day images and memorabilia go to Google or click: https://www.google.com/culturalinstitute/entity/%2Fm%2F01lhv6?hl=en


For a glimpse of the Reuters D-Day coverage look below.

UPDATE #2: Check out what the Huffington Post UK has packaged with the same Reuters images as below: http://www.huffingtonpost.co.uk/2014/06/06/d-day-landing-sites-pictures_n_5458026.html

CREATIVE BEFORE AND AFTER INTERACTIVE WEB PRESENTATION--Reuters senior photographer and photo editor Chris Helgren compiled a series of archive pictures taken during the 1944 Normandy invasion and then went back to the same places to photograph them as they appear today. Move the slider at the center of each composite photo to compare the images. “D-DAY: THEN AND NOW” is well worth the slow download.  http://www.reuters.com/interactives/dday-then-and-now 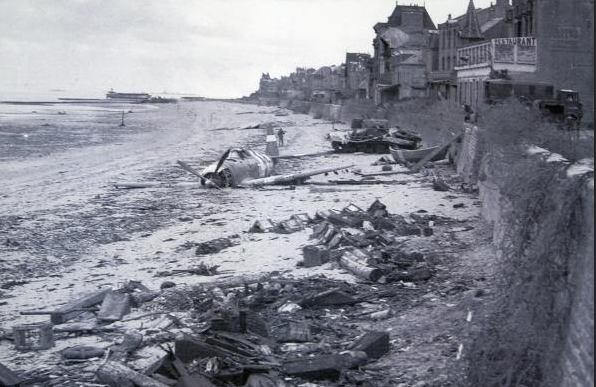 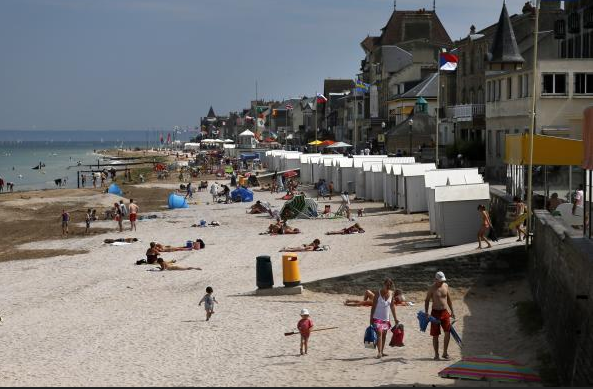 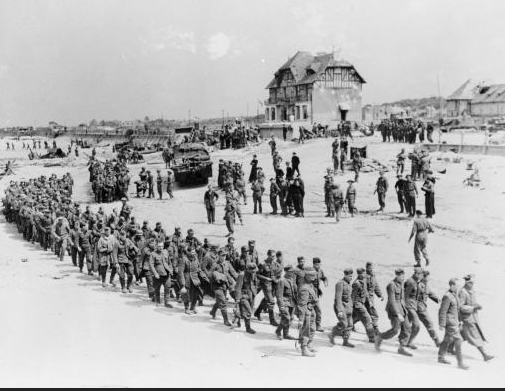 German prisoners-of-war march along Juno Beach to a ship taking them to England, after they were captured by Canadian troops at Bernieres Sur Mer, France on June 6, 1944 (above). Tourists sunbathe on the same beach, August 23, 2013 (below).
Images: Then: REUTERS/Ken Bell/National Archives of Canada. Now: Chris Helgren, Reuters. 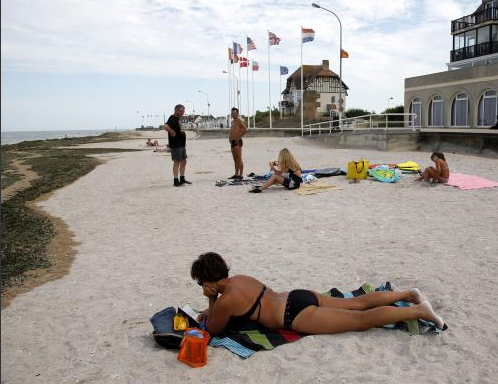 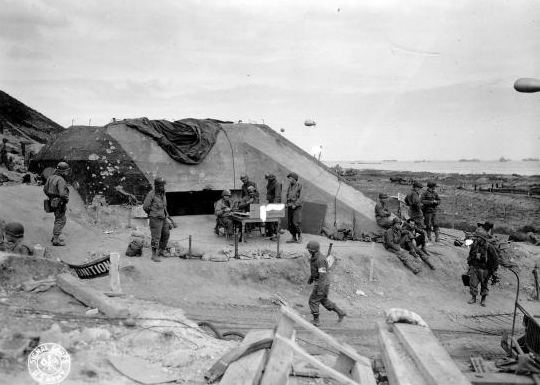 U.S. Army troops congregate around a signal post used by engineers on the site of a captured German bunker overlooking Omaha Beach after the D-Day landings near Saint Laurent Sur Mer, June 7, 1944 (above). Tourists walk past a former bunker near Omaha Beach, August 24, 2013 (below).
Images: Then: REUTERS/US National Archives. Now: Chris Helgren, Reuters. 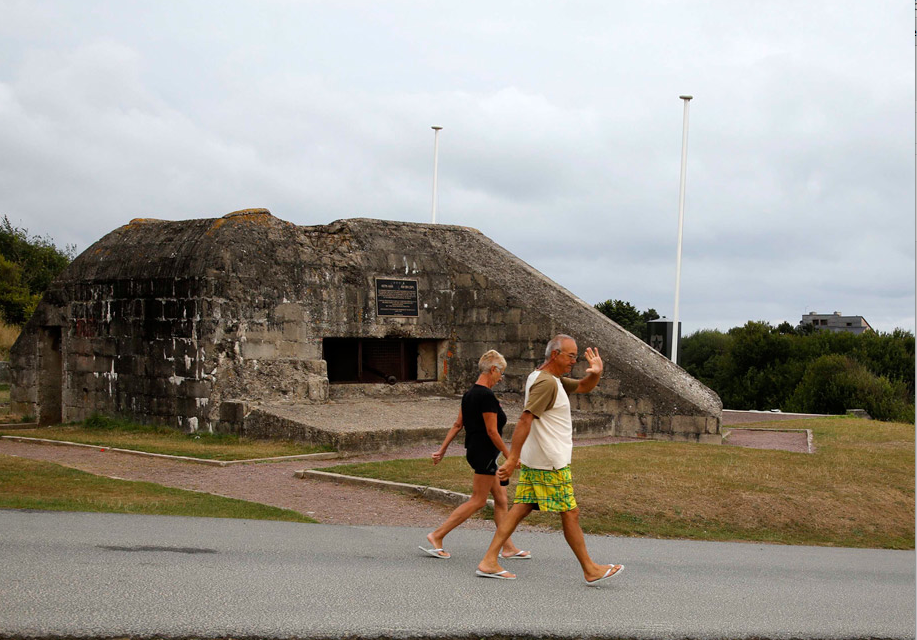 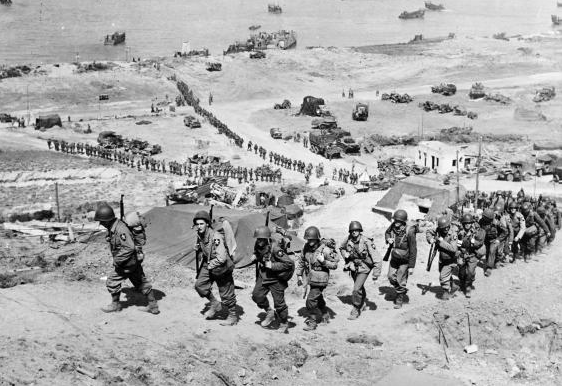 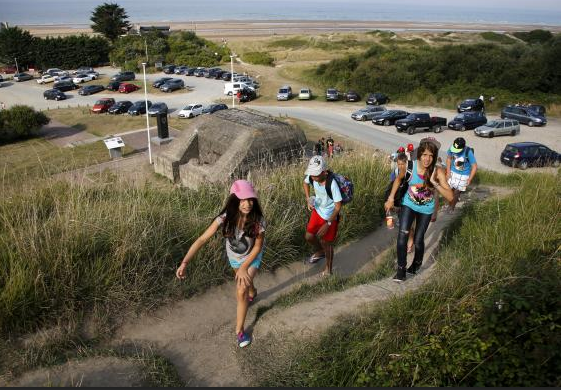 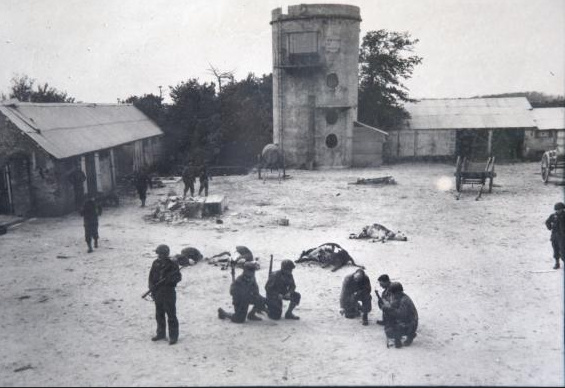 U.S. Army troops make a battle plan in a farmyard amid cattle killed by artillery bursts near the D-Day landing zone of Utah Beach in Les Dunes de Varreville, France, on June 6, 1944 (above). Farmer Raymond Bertot, who was 19 when allied troops came ashore in 1944, poses on his property near the former D-Day landing zone of Utah Beach August 21, 2013 (below).
Images: Then: REUTERS/US National Archives. Now: Chris Helgren, Reuters. 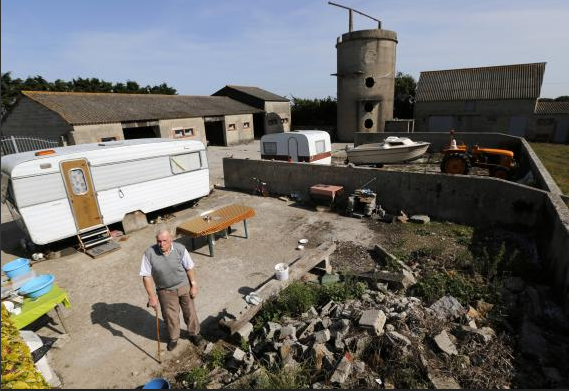 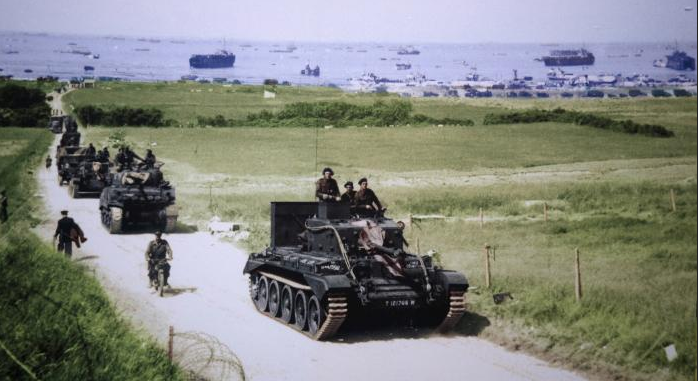 A Cromwell tank leads a British Army column from the 4th County of London Yeomanry, 7th Armoured Division, inland from Gold Beach after landing on D-Day in Ver-sur-Mer, France, on June 6, 1944 (above). A couple walk inland from the former D-Day landing zone of Gold Beach August 23, 2013 (below).
Images: Then: REUTERS/National Archives of Canada. Now: Chris Helgren, Reuters. 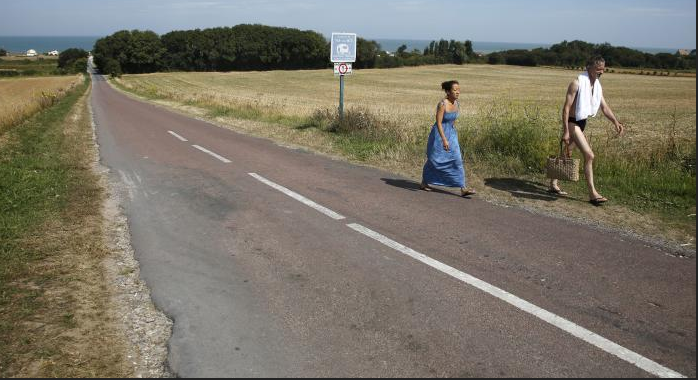 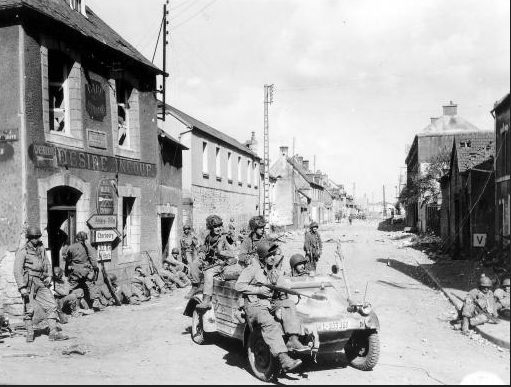 U.S. Army paratroopers of the 101st Airborne Division drive a captured German Kubelwagen on D-Day at the junction of Rue Holgate and RN13 in Carentan, France, June 6, 1944 (above). Girls run across the street at the same intersection, June 21, 2013 (below).
Images: Then: REUTERS/US National Archives.  Now: Chris Helgren, Reuters. 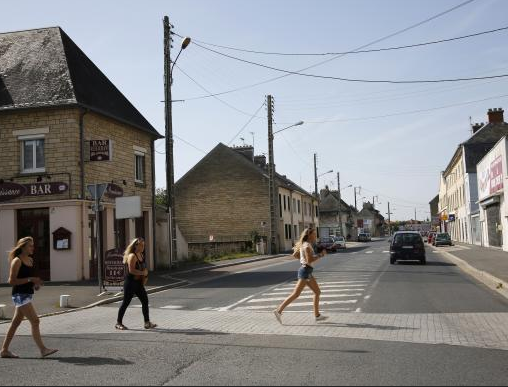 ABOUT REUTERS—The Reuter Agency is an international news organization headquartered in London and a division of Thomson Reuters. Reuters was established in 1851 by Paul Julius Reuter in Britain at the London Royal Exchange. Paul Reuter worked at a book-publishing firm in Berlin and was involved in distributing radical pamphlets at the beginning of the Revolutions in 1848. These publications brought much attention to Reuter. He later developed a prototype news service in 1849 in which he used electric telegraphy and carrier pigeons. The Reuter's Telegram Company was later launched. The company initially covered commercial news, serving banks, brokerage houses, and business firms.

The first newspaper client to subscribe was the London Morning Advertiser in 1858.

Over the years Reuter's agency has built a reputation in Europe and the rest of the world as the first to report news scoops from abroad. Reuters was the first to report Abraham Lincoln’s assassination, for instance. Reportedly, almost every major news outlet in the world currently subscribes to Reuters. Reuters operates in more than 200 cities in 94 countries in about 20 languages.

UPDATE:
Interesting photo essay from the New Yorker magazine re: Faces of Veterans from all WWII forces in mini-profiles:
http://www.newyorker.com/online/blogs/photobooth/2014/06/faces-of-the-second-world-war.htmlutm_source=tny&utm_medium=email&utm_campaign=dailyemail&mbid=nl_Daily%20(192)#slide_ss_0=15 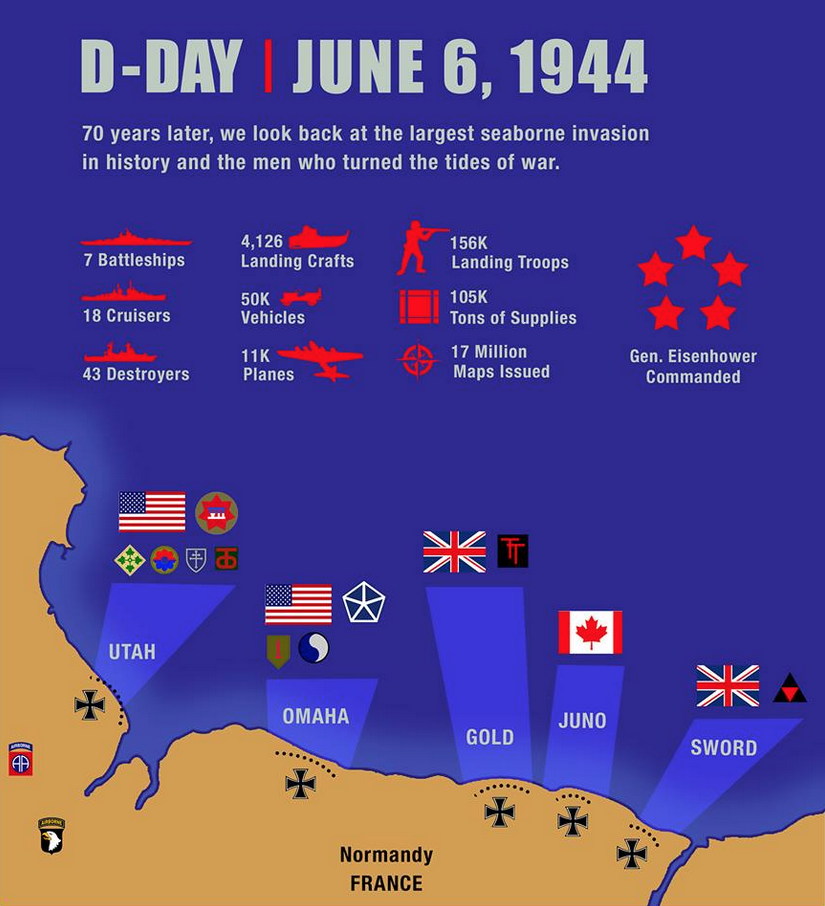