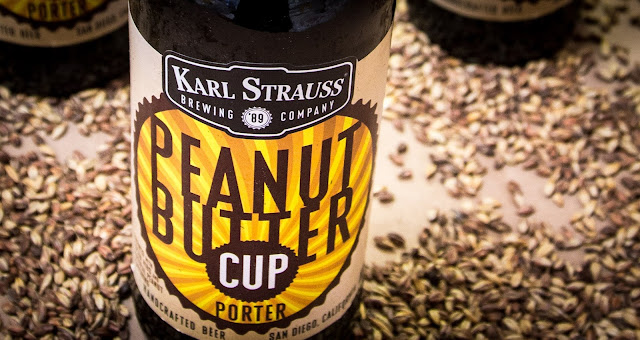 WHO WOULD HAVE THOUGHT?--Like they do every year for the celebration of San Diego Beer Week, Karl Strauss just released their highly coveted Peanut Butter Cup Porter. Originally brewed for San Diego Beer Week back in 2012, this unique spin on a classic robust porter was an instant hit and has gone on to inspire other San Diego breweries to release their own peanut butter beers. KARL’s Peanut Butter Cup Porter has become so popular the brewery has had to triple its production each year for the last three years.

“People go nuts for this beer! We can hardly keep up with demand even though we’re brewing a lot more of it every year. It’s humbling to see the peanut butter beer trend take off in San Diego as others look to emulate what we did,” says Karl Strauss Brewmaster Paul Segura.

Building on the success of Peanut Butter Cup Porter, this year’s San Diego Beer Week will feature another one-of-a-kind beer from Karl Strauss. The brewery is stoked to release a dynamic beer they made in collaboration with San Diego’s Monkey Paw Brewing. Deux Amis, French for “two friends”, is a blended barrel-aged American wild ale that’s been in the making for about 3 years.

The collaboration originally started with two separate beers— a strong ale brewed by Monkey Paw and aged for three years in French Bordeaux barrels, and a sour ale brewed by Karl Strauss that was spontaneously fermented in American oak barrels and aged for two years. After careful blending, the teams were able to create an amazing wild ale featuring aromas of oak, wine and cherries and a complex subtle earthiness.

Deux Amis was first released on draft in August, and then a new cherry version was created with the addition of tart Michigan cherries. The team hand filled an extremely limited amount of this version into cork & cage bottles that will be sold during San Diego Beer Week while supplies last.

To learn more about these beers and the Karl Strauss Brewing Company, visit www.karlstrauss.com.

Karl Strauss Brewing Company has pioneered the San Diego beer scene since 1989 with innovative beer releases like Mosaic Session Ale, Big Barrel IIPA, and Wreck Alley Imperial Stout. The brewery has won over 80 medals since 2009 and its Red Trolley Ale is one of the most award-winning beers in the world. The company is currently ranked #45 on the list of the country’s top craft breweries with sole distribution in California. For more information visit www.karlstrauss.com or call the brewery at (858) 273-2739. Share it. Cheers.