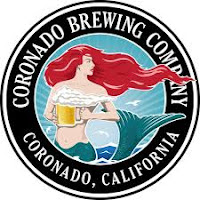 Still, the 2014 World Beer Cup’s Champion Mid-Sized Brewery’s staff admits, the two-story year-round yuletide emporium has a great parking lot and would make a good restaurant. And who can blame them for considering the merits of their cross-street neighbors? They recently took ownership of the buildings abutting the west and east sides of their main brewery and headquarters.

After 20 years in the business, growth is really ramping up for CBC. A quartet of new, 240-barrel fermenters line the exterior of the west wall beside a trio of towering grain silos. Even with the addition of the former, the company is operating at capacity as it makes pushes into new states and international markets.

Acquiring the building across from their loading dock was part of CBC’s game plan from the moment they selected the Bay Park building they have since maxed out. Now that they have it, they have moved their cold box from their main facility (freeing up room for dry storage across from the brewhouse), added a temporary sales and marketing office, and turned the majority of the remaining space into a warehouse. Acquisition of the second building has allowed them to store some old packaging machinery in the short-term. Over time, they will convert the front portion of the building into a formal headquarters and administrative hub, and install bottling and canning equipment in the back.

Yes, canning equipment. CBC has acquired Maui Brewing Co.’s old canning line and plans to issue its first aluminum-packaged, 12-ounce cylinders of Islander IPA, Orange Avenue Wit and a yet-to-be-released pale ale around March of next year. Those cans will be available via six-packs. In other can news, the Knoxville tasting room recently added can-growlers to their to-go-beer options. Already out in the local market are six-packs of bottles containing CBC’s new Stingray Imperial IPA—its first new core beer since 2011. The beer will be released both nationally and globally come January.

Even more changes are on the horizon for CBC. They plan to adjust their core line-up, moving Blue Bridge Coffee Stout from a year-round offering to a seasonal beer available in 22-ounce bottles. They may also add new beers to the line-up, and are currently conducting research on hop availability and sales trends to most effectively strategize on that front. CBC is also in the midst of market research as it prepares to tighten up the look of its overall branding, which figures to retain many existing elements while upping cohesiveness and consumer recognition.

Download a free copy of the current issue of West Coaster at www.westcoastersd.com