THE BREWSPAPER /BEER WEEK EVENTS NOT TO MISS

This annual list is subjective. I focused on events that have uncommon beers and especially beers from out of San Diego. I also really want to check out some of the newest beers/breweries/spots in town.

In other words, I’m fixing to learn what’s up on the cutting edge of San Diego beer and tasting the best that America’s Finest Beer City/County can produce.
My sources: our West Coaster magazine online beer event calendar at westcoastersd.com; Beer Week’s official website SDBW.org and our generous advertisers (make sure to check out the ads in this issue, for there are plenty of amazing happenings printed there).

San Diego’s finest are also avid local beer fans and well aware of San Diego
Beer Week. Don’t be a drunk driving dickhead, use your phone to talk to
space and summon a Lyft or Uber. Uber lets you split fares now so you can
break up the fare with the squad. 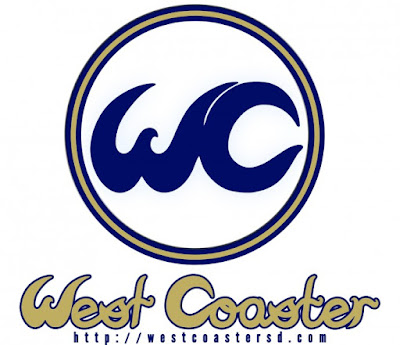 VIP GUILDFEST
Verily, this event’s grown a bit since it’s cozy inception in 2013.
That said, I’m expecting a state-of-the-union for how SD beer is
tasting while enjoying a sunset on the water. Details are slim as
to who is pouring what exactly, but there will be unlimited food,
beer and access to local brewing community folks. If you’re attending both days, I recommend hunting the whales during the VIP. See below for my tip on the 2nd day.

AMPLIFIED ALE WORKS 3-YEAR ANNIVERSARY
There’s a growing number of adults in Pacific Beach who choose
local beer over vodka slushies and our resident brewery is Amplified.
Cy Henley makes amazing beers out of his seaside brewhouse,
the biergarten patio overlooks the ocean and the food
is amazing. When people ask me why I moved from North/South
Park to PB, I take them here (then Crushed, TapRoom and Iron
Pig afterwards if it’s one of those nights).

SAN DIEGO BREWERS GUILD FESTIVAL
I will most likely be slightly woozy from the previous evening,
but nothing will keep me from this festival. That's because this
festival is awesome. While there won’t be unlimited food, there
will be even more beer and friends present, and I can get a
better view of the boats floating around the bay during the day.
West Coaster will have a booth with cool SDBW 2015 t-shirts,
too. You can say hi to myself and Co-Founder Ryan. If you do,
bring treats.

The general Saturday Guildfest session is a great time to check
out just-opened breweries, as this is their first-ever Guild Fest and they’re going to want to impress. As of late October, brand
new breweries that opened this year are: Abnormal, Bay City,
Division 23, Duck Foot, Guadalupe, Half Door, Helix, Home,
Kilowatt, Magnetic, Novo Brazil, Pacific Islander, Prodigy, Second
Chance and South Park. Be gentle with your Untappd ratings;
remember all breweries were once baby breweries :).

BARREL AGED RARE BEER NIGHT @ PIZZA PORT O.B.
I’ve never been to Pizza Port Ocean Beach and left disappointed
with the offerings brewed on site. Nacho & the brewing team create
awesome beer that won’t stop winning awards, so I’m going
to hunt some barrel aged whales from OB and the rest of the
Pizza Port empire this evening. If I’m able, I hope to sample some
of the other beers from other breweries that they’ll have on tap
as well. I fully expect to make some lame Captain Ahab / Moby
Dick / whalezbro jokes while doing this. Did you know Pizza Port
makes tasty pizza, too?

BAJA BEERS @ BOTTLECRAFT LITTLE ITALY
I was going to type some remark bemoaning the old Bottlecraft,
but then I remembered the old location sucked compared to the
new one. This will be the first Beer Week for Bottlecraft Little Italy
2.0, and Baja breweries are ON FIRE right now. While I couldn’t
get a hold of the tap list for this event, based on the above facts I
know Bottlecraft will put on a good event. Ballast Point Little Italy
is a catty-corner away, and of course, they have terrific beer, too.

EPICUREAN BEER GEEK TOURS @ WHITE LABS, BROTHERS
PROVISIONS, STONE FARMS AND SOCIETE
A new face launching for SDBW, Epicurean San Diego is an
outfit that promises beer, food and education while ferrying you
to White Labs, Brothers Provisions, Stone Farms and Societe. I
don’t get to visit White Labs, Brothers and Societe enough, and
I’ve never actually had a beer at Stone Farms. The cost is $115,
and if there’s food and beer involved that’s a pretty good price
especially since it includes transportation and a meal. Great event
for out-of-towners and if Sunday doesn’t work the same tour runs
daily November 5th-8th & 12th-15th from 10:30 am-3:45 pm.

BREWS, VIEWS & CHEWS @ TOM HAM’S LIGHTHOUSE
It’s not just about beer, folks. Beer Week brings a lot of stellar
foodie events, and this is one of them. Tom Ham’s Lighthouse
is an iconic San Diego landmark that underwent a significant remodel
and has stepped up their beer program in 2015. This event
features six breweries such as Ballast Point, New English and
Belching Beaver paired with six plates from the chefs of Soda &
Swine, Carnitas Snack Shack and The Little Lion Cafe. Live music
and a killer view of my lovely hometown’s downtown seal the deal
for me.

ABNORMAL BEER CO. / CORK & CRAFT BEER PAIRING
DINNER FEATURING MODERN TIMES & ALMANAC
Another equally killer option is up north at Abnormal Beer Company
/ Cork & Craft. A proper sit-down beer dinner, this multicourse
meal will have beers paired from Modern Times, Almanac
and Abnormal paired with the skilled Cork & Craft Kitchen. While
I don’t know the particulars of this event, I was lucky enough to
attend an outstanding AleSmith beer dinner early in 2015. It’s
a safe bet that with months worth of practice this will be worth
every penny

THE FULL TABLE @ BENCHMARK BEER
Like most San Diegans, I dig my badass hoppy Single/Double/
Triple/Quadruple IPAs. That said, as my palate evolves (and my
liver ages), I find myself appreciating gentler, more subtle beers.
Benchmark Brewing Company’s Table Beer is a fine example of
what I’m talking about, and this night will feature 12 different
variations of the slightly roasty Belgian style ale. This event is a
great way to tune your tastebuds. Grab a pint of regular Table for
a control beer, and then taste the versions that have been barrelaged
or Brettanomyces-innoculated. Check out how changes in
ingredients or processes can create such dramatic differences.
Within walking distance is the rest of the developing Grantville
neighborhood beer cluster which includes Groundswell and San
Diego Brewing Co.

7TH FLING W/ GREEN FLASH @ HAMILTON’S
Like the Hajj, all San Diego beer faithful should attend this event
once in their lifetime. The morning starts at Morley Field with a
brunch. While you munch, Hamilton’s proprietor Scot Blair and
his staff are busy matching up players to create even teams of
four. After a brief talk regarding rules, the shotgun disc golf tournament
starts. Disc golf is the de-facto sport of San Diego Beer,
and expect several brewers to be in attendance. While all skill
levels are welcome and the fun level is high, there is stiff competition.
Camaraderie and silliness are expected by all attending.
Winners get to tap the cask at the afterparty which takes place at
Hamilton’s. The afterparty is closed to non-Flingers, boasts lunch
and a hosted bar until 3PM (when Hamilton’s normally opens).

CRAFT BEER + BITES @ SILO
Maker’s Quarter is a slick venue located right off where the 94
freeway ends. $35-$40 ticket gets you unlimited tastings of beer
and they’re going to want to impress. As of late October, brand
new breweries that opened this year are: Abnormal, Bay City,
Division 23, Duck Foot, Guadalupe, Half Door, Helix, Home,
Kilowatt, Magnetic, Novo Brazil, Pacific Islander, Prodigy, Second
Chance and South Park. Be gentle with your Untappd ratings;
remember all breweries were once baby breweries :)
a control beer, and then taste the versions that have been barrelaged
or Brettanomyces-innoculated. Check out how changes in
ingredients or processes can create such dramatic differences.
Within walking distance is the rest of the developing Grantville
neighborhood beer cluster which includes Groundswell and San
Diego Brewing Co.

BEER WITHOUT BORDERS @ MACHETE BEER HOUSE
As I mentioned, the Mexican craft brewers are doing some
great stuff. It’s much easier to get to National City than Tijuana,
and Machete is one of the bright stars of the growing South
Bay beer scene. All 30 taps will be taken over by breweries
such as Insurgente, Agua Mala, Border Psycho and Wendlandt.
For those lucky enough to have a designated driver,
don’t forget to check out La Bella Pizza, Manhattan Bar and
Third Street Ale House while you’re in the area to understand
#SouthBayUprising.

BATTLE OF THE GUILDS @ TORONADO
This event ruled last year. Try beer from the greater Los Angeles
and San Francisco first. Breweries that will be included from
LA: Three Weavers, Beachwood, Ladyface, Monkish, Phantom
Carriage + more. From the Bay Area: Magnolia, Cellarmaker,
Thirsty Bear + more. Last year had lots of brewers in attendance
from San Diego, Los Angeles and San Francisco; this is
a good event to mingle! Stop in early if you’re looking for the
rarer beers, or pop in while roaming 30th. Don’t forget to cast
your vote for San Diego!

THREE AMIGOS @ O’BRIEN’S PUB
Former Pizza Port brewers Tom Nickel, Jeff Bagby and Tomme
Arthur have each staked their own claims at Nickel Brewing
Co., Bagby Beer Co., and Lost Abbey, respectively. An event
with these three dudes present is a treat. If you wanted a
chance to hang out with the best of the business while tasting
some insane beer, this is it. Early afternoon is probably the
best time to hit this event up. O’Brien’s is within the Kearny
Mesa brewery cluster, which means Societe, Council, Kilowatt
and Helm’s are all within striking distance. For food, across
the street are two cool new beer pubs Common Theory and
Dumpling Inn.

THE BEER GARDEN AT THE LODGE AT TORREY PINES
Located on the grounds of the 5-star Lodge at Torrey Pines,
the endpiece event of San Diego Beer Week is not to be
missed. Gaze upon the majesty of the Torrey Pines golf course
and the Pacific Ocean while stuffing your unmajestic, BeerWeek
weary maw with unlimited, expertly matched food & beer
pairings. This last official San Diego Brewers Guild event of the
year explains to all senses why San Diego is awesome.