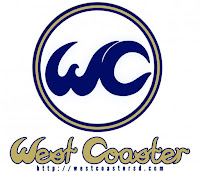 BEER WITHOUT BORDERS @ MACHETE BEER HOUSE
As I mentioned, the Mexican craft brewers are doing some
great stuff. It’s much easier to get to National City than Tijuana, and Machete is one of the bright stars of the growing South Bay beer scene. All 30 taps will be taken over by breweriessuch as Insurgente, Agua Mala, Border Psycho and Wendlandt. For those lucky enough to have a designated driver, don’t forget to check out La Bella Pizza, Manhattan Bar and Third Street Ale House while you’re in the area to understand
#SouthBayUprising.

BATTLE OF THE GUILDS @ TORONADO
This event ruled last year. Try beer from the greater Los Angeles
and San Francisco first. Breweries that will be included from
LA: Three Weavers, Beachwood, Ladyface, Monkish, Phantom
Carriage + more. From the Bay Area: Magnolia, Cellarmaker,
Thirsty Bear + more. Last year had lots of brewers in attendance
from San Diego, Los Angeles and San Francisco; this is
a good event to mingle! Stop in early if you’re looking for the
rarer beers, or pop in while roaming 30th. Don’t forget to cast
your vote for San Diego!

THREE AMIGOS @ O’BRIEN’S PUB
Former Pizza Port brewers Tom Nickel, Jeff Bagby and Tomme
Arthur have each staked their own claims at Nickel Brewing
Co., Bagby Beer Co., and Lost Abbey, respectively. An event
with these three dudes present is a treat. If you wanted a
chance to hang out with the best of the business while tasting
some insane beer, this is it. Early afternoon is probably the
best time to hit this event up. O’Brien’s is within the Kearny
Mesa brewery cluster, which means Societe, Council, Kilowatt
and Helm’s are all within striking distance. For food, across
the street are two cool new beer pubs Common Theory and
Dumpling Inn.

THE BEER GARDEN AT THE LODGE AT TORREY PINES
Located on the grounds of the 5-star Lodge at Torrey Pines,
the endpiece event of San Diego Beer Week is not to be
missed. Gaze upon the majesty of the Torrey Pines golf course
and the Pacific Ocean while stuffing your unmajestic, BeerWeek
weary maw with unlimited, expertly matched food & beer
pairings. This last official San Diego Brewers Guild event of the
year explains to all senses why San Diego is awesome. • 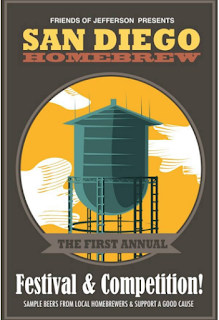 BJCP certified judges will be sampling and considering each beer. All beers are judged against each other, there are no categories. May the best beer win! 1st, 2nd and 3rd place prizes will awarded.

Listen in on some beer talk along with a short Q&A during our "Streetside Chat" with industry professionals. George Thornton of The Homebrewer and Home Brewing Co. will be moderating.
1:30 pm- The Tasting & Judging Process
3 pm- Going Pro: Learn the pros and cons of opening your own business

Winners will be announced at 3:45PM

More Info:
--This event is RAIN OR SHINE.
--Bring your IDs along with your ticket. You will NOT be admitted without BOTH.
--NO ONE under 21 years old will be admitted: this includes infants and small children.
--NO Pets
--Anyone too inebriated will be asked to leave.


--We encourage everyone to park in the parking structure directly across the street from the event.