SUNDAY REVIEW / “THEN NO ONE CAN HAVE HER” 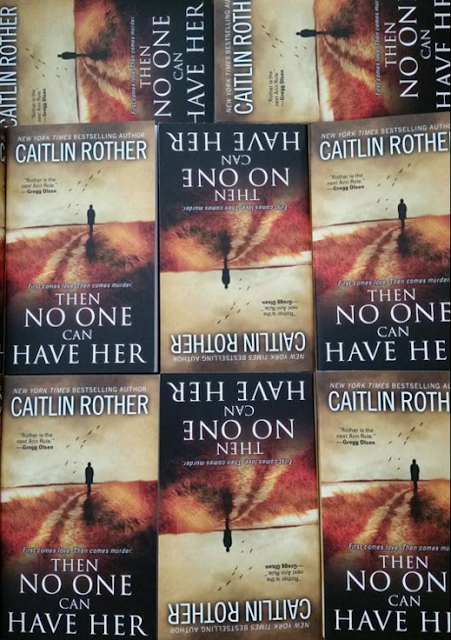 Editor’s note: Pillar to Post daily online magazine as part of its ongoing literary coverage has obtained rights to publish the following excerpt from “Then No One Can Have Her” by Caitlin Rother.  Copyright © 2015. All rights reserved.
Reprinted by arrangement with Kensington Publishing Corp www.kensingtonbooks.com.

GUEST BLOG—By Caitlin Rother--Ruth worried about her daughter, living in a relatively isolated area known as Williamson Valley, about half an hour’s drive from downtown Prescott. Carol’s mother found it odd that she never seemed concerned or scared about leaving her doors unlocked. To Ruth, locking doors always “seemed paramount to safety.” But when she questioned her daughter about it, Carol would say, “Oh, Mom.”

Still, it wasn’t a complete non-issue. Carol did change the locks after filing for divorce; she also suspected that Steve had been climbing in through a back window. Steve’s name was still on the title, and he’d been paying the mortgage during the separation, but she gave spare keys only to her daughters.
Ruth could hear the water running as Carol washed her salad ingredients.

The sun set at 7:46 P.M., as Carol told her mother that she and Steve were still arguing about money. Typically, Carol didn’t complain about her problems to Ruth, she usually tried to solve them on her own. But this time she seemed extremely worried.

"You know, Mom, this is July second, and there’s been no [alimony] payment made into my account,” she said.
Because Ruth stopped hearing the water running, she later wondered if her daughter might have walked with the cordless phone down the hallway near the laundry room, where she kept the dogs’ crates and food, and toward the back bedroom. Carol had been using that room as her office since Charlotte had moved out. Had Carol heard a noise?

After Ike’s javelina incident he was still barking at wild animals—and strangers, when they came to the door. But as Ruth thought about it later, she didn’t recall hearing any barking in the background that night.

“I suppose I will call my lawyer tomorrow,” Carol said, sighing. “Welllll,” she said, drawing out the word, as if she had run out of things to say.

Although Ruth reported to police that night that Carol had screamed these words, Ruth said later that she’d misspoken because she was anxious, and that she was referring to her own emotions. The tone Carol used, she said, was not one of fear but of surprise and dismay. As if she were saying, “Oh, no, not again.”

Then there was no sound at all. Ruth didn’t hear the phone drop on the floor. Not even a click. Nothing but raw silence on the other end.

Carol had never hung up on her mother before. She always said, “I love you, Mama,” and Ruth responded in kind before they hung up simultaneously.

But the line had gone dead.


New York Times best-selling author Caitlin Rother has written or co-authored 10 books, including Then No One Can Have Her, I'll Take Care of You, Lost Girls, Poisoned Love, Dead Reckoning, Naked Addiction (also in audio), and My Life, Deleted.

Rother worked as an investigative reporter at daily newspapers for 19 years before deciding to write books full-time. She’s been published in Cosmopolitan, the Los Angeles Times, Union-Tribune,  Chicago Tribune, The Washington Post, The Boston Globe, The Huffington Post and The Daily Beast. She has appeared on more than 100 TV and radio shows, including “Nancy Grace,” “On the Record,” "Women Who Kill" on E!, "Snapped," and numerous series on Investigation Discovery, XM radio, C-SPAN and various PBS affiliates.

HOW TO PURCHASE THEN NO ONE CAN HAVE HER ONLINE:
Go to the publisher’s website www.kensingtonbooks.come.

MORE ON THEN NO ONE CAN HAVE HER:
She thought she had married her soulmate. But when Carol Kennedy could no longer tolerate her husband’s reckless womanizing and out-of-control spending, the artist, therapist and mother of two had to let him go. Just weeks after their divorce, Carol was found in her Arizona ranch home, bludgeoned to death. Her ex, Steven DeMocker, was the prime suspect. Yet it took the authorities months to arrest him—and years to convict…

Packed with twists and turns, this powerful real-life account reveals every bizarre detail of this compelling case. Bestselling author and award-winning journalist Caitlin Rother presents an unforgettable story of love turned to obsession.

“Prepare to be hooked . . . a spellbinder.” --Katherine Ramsland

“Revealing, and insightful. What a fabulous book!” --Suzy Spencer