JUST IN TIME—GUEST BLOG—By Westcoastersd.com--As the first month of 2016 heads into history, yet another new brewery is born in craft beer nirvana (a.k.a.) San Diego, California.  Tomorrow, the debut belongs to Pure Project Brewing (9030 Kenamar Drive, #308, Miramar), which is the first tenant of H.G. Fenton’s Brewery Igniter program site to open for business.

What was once a stark white, nondescript, ready-to-use tasting room space just waiting to be given personality is now outfitted in stylish reclaimed wood, belly bars fashioned from felled trees and a screen featuring projections of nature-based videos. This rather Zen spot opens at noon (January 30).
-----------------------------
Reposted by agreement from West Coaster magazine’s website
www.westcoastersd.com
-----------------------------
Hard to ignore is the Pure Project’s logo in the tasting room.  It’s composed entirely of three varieties of bulging green fauna with a swirled fluorescent blue water droplet dotting its plant-based insignia.

Surprisingly, the beer-board lists a dozen different beers-- quite a large number for a brand-new operation. Brewmaster Winslow Sawyer promises to greet first time visitors with three India pale ales on tap—a single, double and five gallons worth of a Brettanomyces-fermented version.

But it’s not all about IPAs here…far from it.

Let’s get to the taste details right now: Many of Pure Project’s beers are infused with tropical ingredients, which is fitting considering the brewery was originally going to be founded in Costa Rica.

Examples include a hibiscus saison, ginger-citrus blonde and coconut quadrupel—a bizarre additive for monastic Belgian-style ale. An orange-vanilla cream ale, session rye pale and Kölsch will provide a trio of refreshing options. The latter is proudly adjunct in nature and brewed with rice. Light-bodied and refreshing, it flies in the face of most beer lovers definition of craft beer, but it’s tasty and should help to transition the uninitiated to more adventurous offerings.

A coffee milk stout and Russian imperial porter make up the darker end of the spectrum and though the stout could use more body, it has nice flavor.

Though they have yet to sell their first beer, ownership is already looking ahead. More than a dozen barrels lay waiting to be filled in the back of the brewery. Sawyer intends to siphon a lambic and Flanders-style red ale into Pinot Noir barrels procured from Napa, and has bourbon whiskey barrels from Coloroado’s Breckenridge Distillery ready to house his porter.

Pure Project’s opening weekend festivities will extend to this Sunday.
Following that, ambitious initial plans call for the tasting room to be open seven days a week. 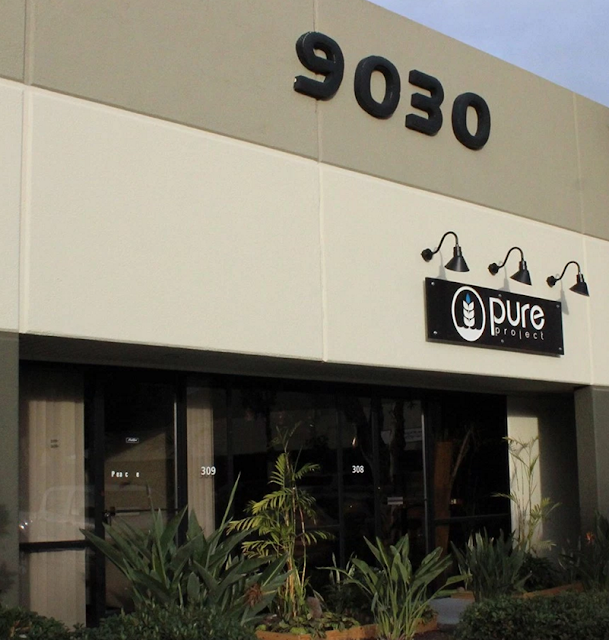 More on HG Fenton’s Igniter Program
Brewery Igniter isn't an incubator. It's a serious facility designed for serious beer artisans who know how to brew and have the vision to launch a brewery business. Benefits member brewers can enjoy include:

All of the equipment and space needed to launch a microbrewery, reducing startup cost and risk and expediting the path to profitability.
Short, flexible lease terms.

The option to pay initial bills by selling product at onsite tasting rooms. In addition to a full brew house, all Brewery Igniter units come with a tasting room, bar, and plenty of space for thirsty customers.

Quick-start brewing - as soon as brewers have their ABC license, they can begin crafting

The ability to sell products in as little as two months. In a traditional startup setting, it would take at least nine months and $500,000 to lease a space, purchase and install equipment and obtain all licenses before selling a single pint.