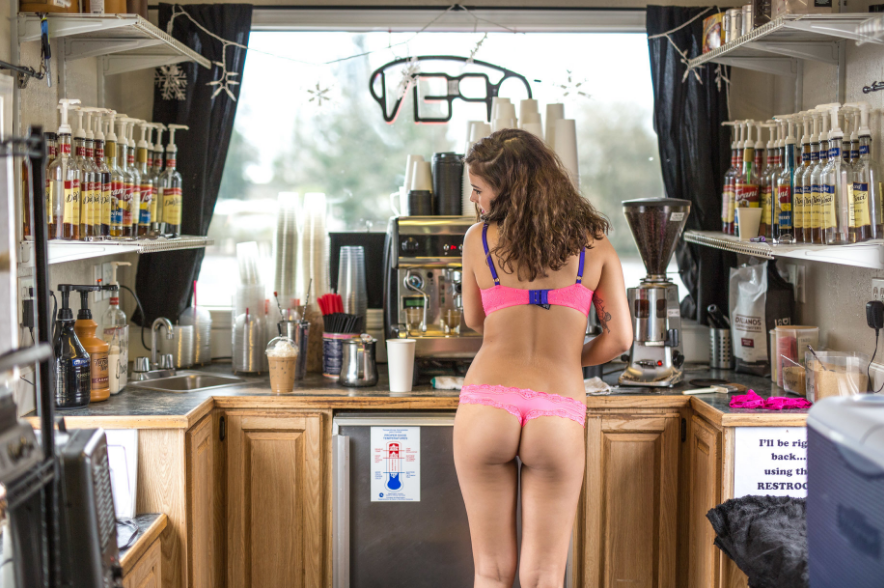 Sure, blame it on the coffee for this photo posting of a bikini clad barista somewhere in a Seattle area, but French Designer Louis Réard (1897-1984) deserves a bit of the blame for inventing and naming the bikini in the first place.  Louis, an automobile engineer and lingerie designer, launched a two-piece swimsuit in July 1946, which he called the bikini.
While on vacation to St. Tropez, he noticed women beachgoers rolling up the edges of their swimsuits to get a better tan, which inspired him to design a swimsuit with the midriff exposed.

Réard’s swimsuit design consisted of a string bikini made from 30 square inches of fabric printed with a newspaper pattern. When Réard sought a model to wear his design at its debut presentation, none of the usual models would wear the suit.  Back then—even in Paris—there were no coffee baristas to model his bikini, so he hired 19-year-old nude dancer Micheline Bernardini from the popular Casino de Paris to model it. 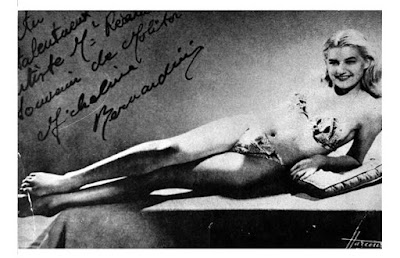 As a bikini marketer, Réard didn’t skimp.  He hired skywriters to fly over the French Riviera advertising his design as "smaller than the smallest bathing suit in the world."

Of course, many Puritan elements world wide were offended, but Réard pointed out two piece swimsuits had been available for at least since the 1930s.  Fingerwaggers made Réard's bikini controversial by pointing out it was the first time a swim suit exposed the feminine navel. Not since Columbus had such a discovery fascinated le monde.

In 1910, Italian swimsuit designs scandalously revealed only to be outdone by Reard in 1946, who allowed the navel to be tanned.


And, in 1964 all bets and bikini tops were off when Manhattan fashion maven Rudi Gernreich captured media attention with his one piece suit.  Rumors abound in the archives of a popular magazine of the 1960 as to the monokini being an idea of a magazine editor, who asked Gernreich to design something controversial.  The deed was done and now many are wearing rien from top to toes at the beach.


So, you ask what does this have to do with coffee?

It's summer and we're having a good time.

Perhaps, having your cup of morning coffee poured by someone near and dear in a bikini makes the hot beverage even hotter.  Who knows?  But one thing is for sure, you don’t hear grandpa’s harkening for a retro of 1910-era swim wear, eh?