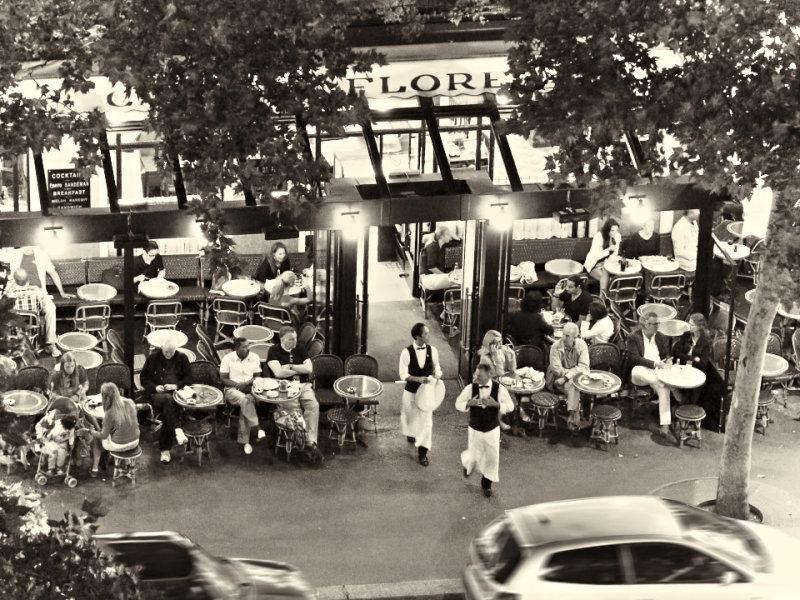 If Café de Flore is the most recognized, most visited and certainly one of the oldest coffee houses in Paris—ergo it is the center of café society worldwide.

Located at the corner of Boulevard Saint-Germain and Rue Saint-Benoît, in Saint-Germain-des-Prés in the 6th arrondissement, it is celebrated for its famous clientele.
A few of these famous faces appear in this blog.

The café was opened in the 1880s, during the French Third Republic. The name is taken from a sculpture of Flora, the goddess of flowers and the season of spring in Roman mythology, located on the opposite side of the boulevard.


Café de Flore became a popular hub of famous writers and philosophers, including Pablo Picasso, Albert Camus, Jacque Prevert, Leo Trotsky and Chinese Premier Zhou Enlai was known to be a frequent patron of Café de Flore during his years in France in the 1920s.  But the famous are eye candy.  It’s the average citizen of the world that makes Café de Flore special.  It’s part of France, part of Paris that all can experience and take home as a memory of just being there.

The classic Art Deco interior of all red seating, mahogany, and mirrors has changed little since World War II.

The Café de Flore offers a wide menu range, from teas, coffees, hot chocolates, to alcoholic drinks and juices; from snacks to full meals, including toast and croissants, omelets, salads, soups, and desserts.

All roads lead to the Café de Flore, but if you take the subway, the nearest underground station is Saint-Germain-des-Prés, served by line 4 of Paris Métro—Wikipedia. 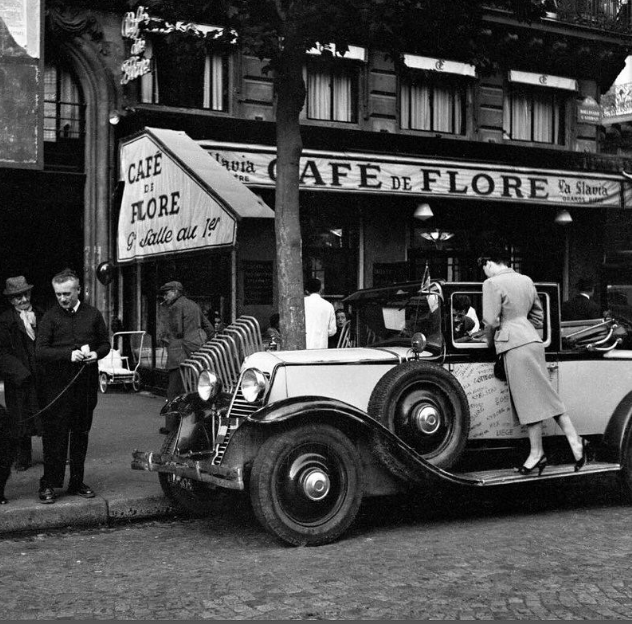 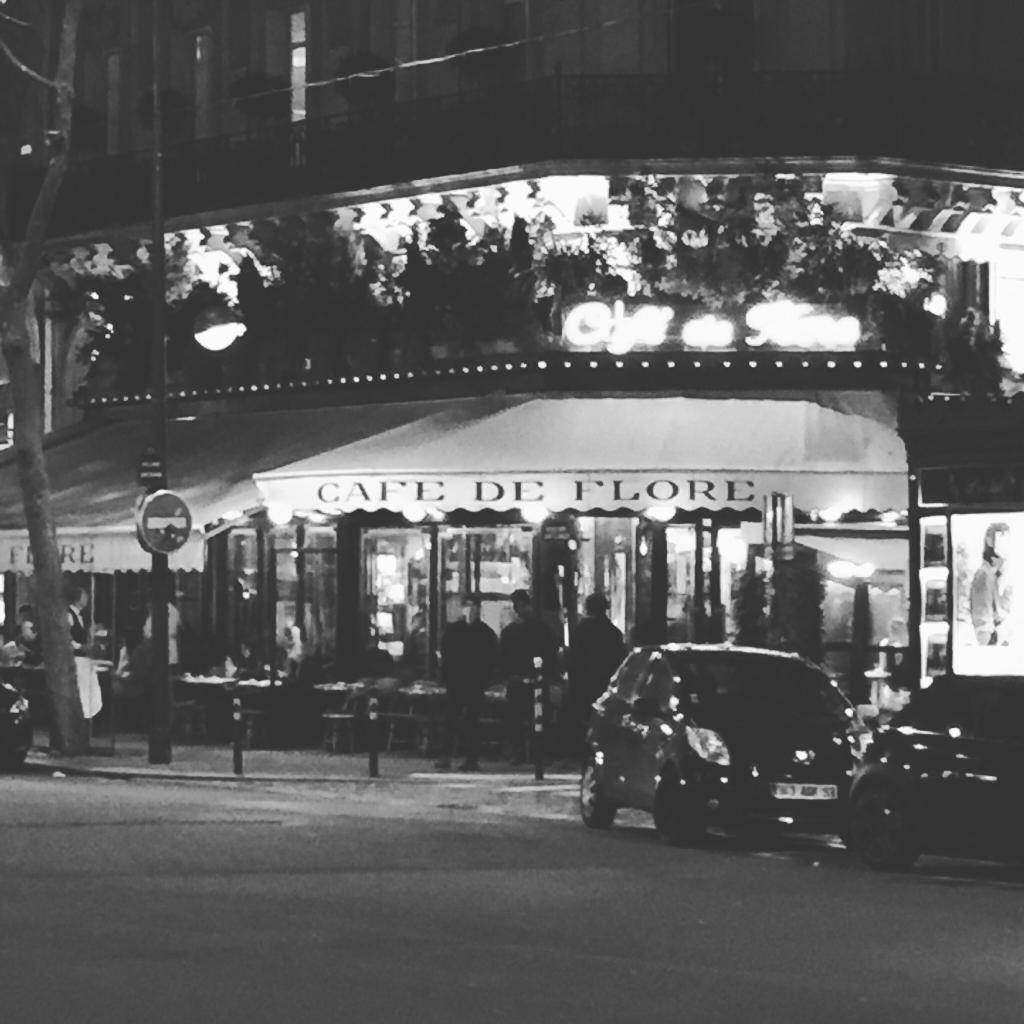 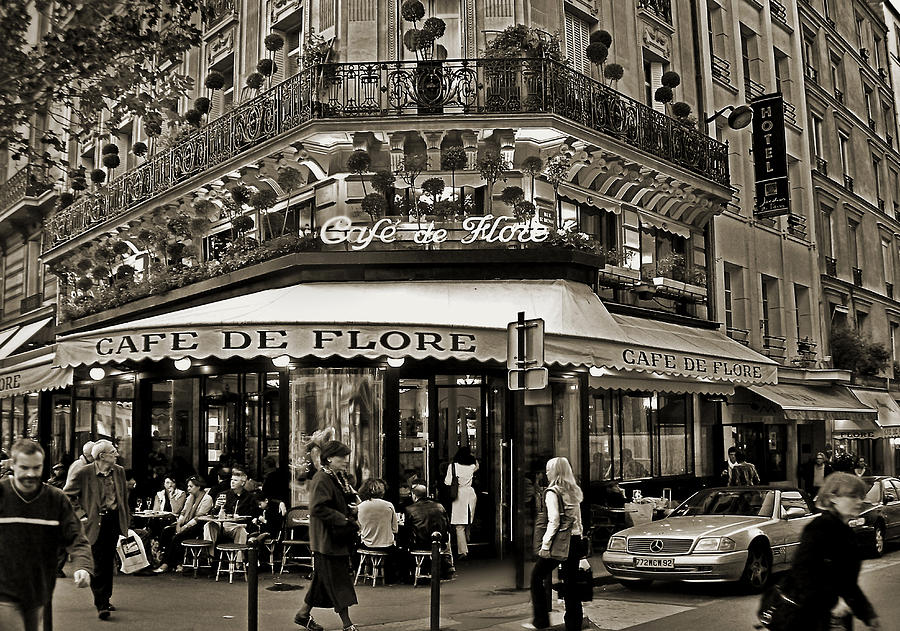