THE BREWSPAPER / A FEAST OF YEAST

In honor of White Labs expanding from its San Diego roots to open a new facility in Asheville, NC on October 19,  Pillar to Post online daily magazine features a Feast of Yeast review of articles.

Before White Labs opened in 1995, founder and owner Chris White started making yeast for homebrewers as a side project while pursuing his graduate thesis. Today, White Labs has grown into one of the leading innovators and suppliers of liquid brewer’s yeast.

We caught up with Erik Fowler, Education & Engagement Curator at White Labs, who shared five interesting facts you might not have known about the beer ingredient that brings wort to life: yeast! 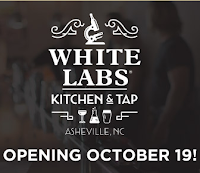 1. Yeast produce more than just CO2 and ethanol
Yeast contributes more than 600 flavor and aroma compounds which add complexity and nuance to beer. Beer can build upon, showcase or even diminish malt and hop flavors. One yeast strain might leave a residual malty sweetness while another might dry the beer out leaving a punching perceivable bitterness. The hazy IPA’s we’ve all come to enjoy wouldn’t be the same without a fruity ester producing yeast strain to complement the hops.

2. The majority of beers produced worldwide are lagers
Emil Christian Hansen was the first to isolate a pure culture of yeast in 1883 which was named Saccharomyces carlsbergensis, now known as Saccharomyces pastorianus or lager yeast. It can be argued that lagers popularity to this day is still due to the fact that the first “clean” single culture beer brewed was a lager from Hansen’s isolation.

4. The original German Purity Law didn’t include yeast
Reinheitsgebot, also known as the German purity law, was introduced in 1516 which dictated beer must contain only barley, hops and water. Yeast was not known as being the cause of fermentation for more than 300 years when it was then added as an acceptable ingredient.

5. Not all yeast are great at making beer
Yeast domestication has been 500 years in the making and until recently were unknowingly selected for their positive properties. Most yeast is not alcohol tolerant, nor does it produce the positive flavors and aromas we’ve come to know in brewers yeast.

All in the Yeast
Source: Illumina News Center

A good beer is all about the yeast, but can applying next generation sequencing lead to better beers?

Have you ever wondered about the science behind that cold, delicious brew in your stein? Beer is one of the most popular beverages in the world and the magic behind it begins with the yeast. However, up till now, not much was known about the origins, evolutionary history, and phenotypic diversity of industrial yeasts and the effect they can have on the taste, composition and color of our favorites beers.

A group of scientists at Illumina teamed up with yeast producers and beermakers to study a variety of yeasts with next generation sequencing. The study provided insights that could help producers control the quality of our favorite brews better than ever before.

What do you really know about the yeast in your beer? An international group of scientists, yeast producers, and beer makers applied next generation sequencing to yeast to learn how to make better beers.

Beer is one of the most heavily-quaffed beverages on Earth, and its popularity is only growing. New breweries sprout up like mushrooms.

But how do you make a great beer with just the right flavor, consistency, aroma, and color? The answer is in the yeast – the microbe that makes grain, hops, and water into beer.

“You can take things like flavor profiles, alcohol percentage, the cloudiness, the color of the beer – yeast genetics are a big contributor to all those things,” said Brian Steffy, senior lab manager at Illumina, over a White Labs Frankenstout.

But what do we really know about yeast? Until recently, not much. Modern brewing originated in the 1700s, but it’s largely been moved forward through trial and error. To learn more, an international group of scientists, yeast producers, and beermakers applied next generation sequencing to yeast. The results could lead to better beer.

The project began when Steffy ran into Loren Miraglia from Encinitas Brewing Science. Miraglia had an interesting yeast strain he wanted to get sequenced. They discussed it, over a beer or two, and Steffy suggested they sequence 96 strains, rather than just one.

Miraglia didn’t have 96 strains, but White Labs, a yeast producer based in Miramar, did. They supplied the yeast, Illumina did the sequencing, Synthetic Genomics conducted the analysis. Two Belgian universities collaborated as well. Last year, the results were published in the prestigious journal Cell (the researchers had to choose between Cell and Nature, which is a nice problem to have).

The paper focused on how the domesticated yeasts used to make beer, bread, and wine diverged from wild yeasts. However, the findings could take some of the guesswork out of beermaking. Knowing a yeast’s precise genotype, and the phenotypic traits they confer, could boost quality control.

“A lot of brewers struggle with consistency,” said Steffy. “If you scale up, the beer never really tastes the same. A lot of that could have to do with the yeast. Maybe it doesn’t handle bigger batches. You can make choices that are going to serve you well if you’re planning to scale up.”

Even better, the genomic info could give brewers greater control over their beer, allowing them to target yeast(s) that produce the most desirable traits.

“Predicting the type of beer you’re going to make before you make it,” said Steffy. “Right now, it’s a lot of hit and miss.”

But it’s going to take a lot more work to get there. The Cell paper produced a lot of genotype data. White Labs has spent years accumulating phenotype data. Now they have to associate the two datasets to identify the genes that produce specific traits.

To memorialize the research, White Labs created a beer in its honor – the Frankenstout that Steffy was drinking. The brew was made with all 96 strains from the study. And what does a beer made with 96 yeast strains taste like? “Each strain struggles for dominance, with twists and turns in every sip,” according to a White Labs news release.

Great beer aside, Steffy was excited to work on such a fun project, which just happens to play to Illumina’s strengths.

“We’re a genetics company,” he said. “We can support many applications.”