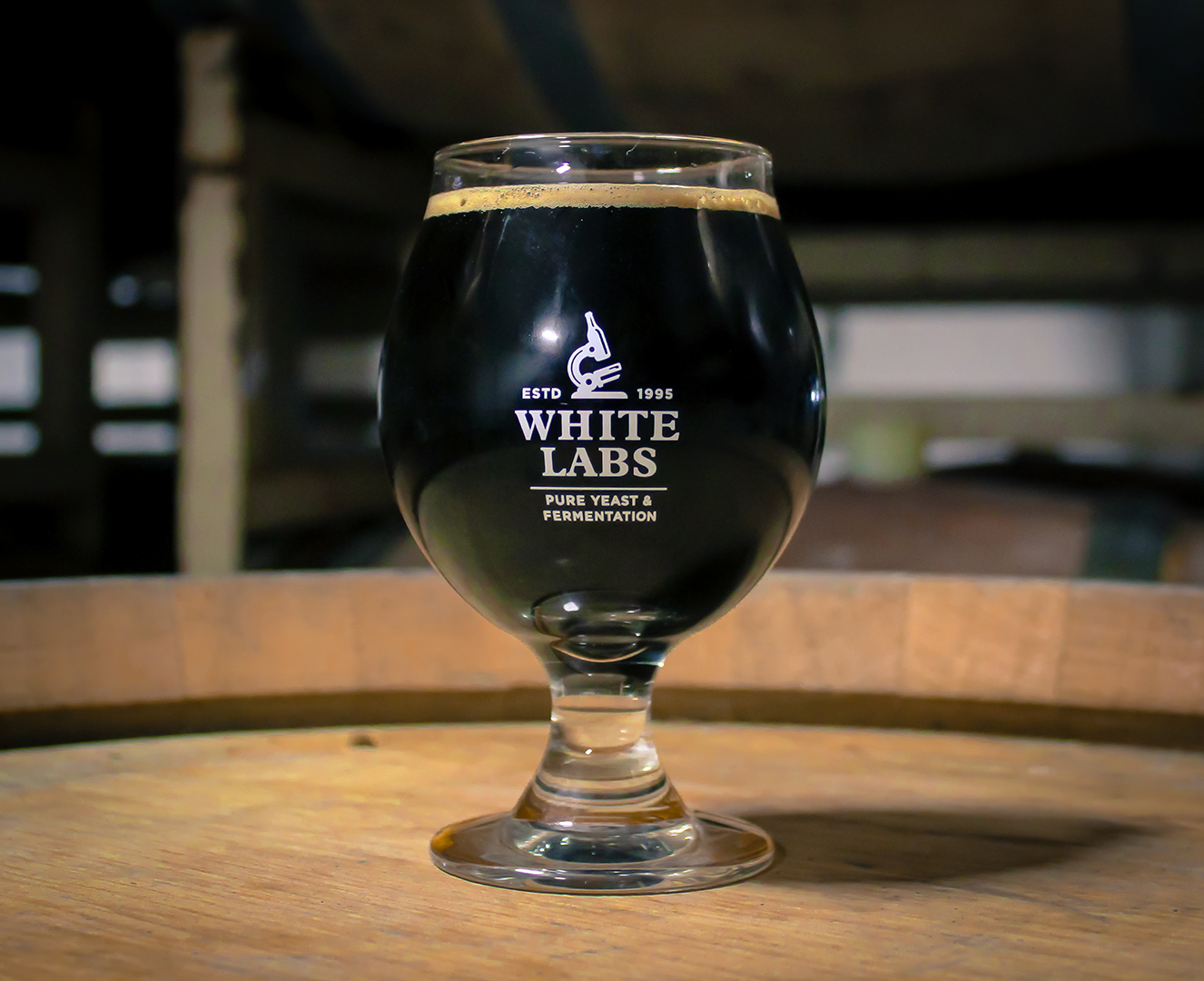 West Coaster Craft Beer Magazine: Some see beer as an artistic medium, while others view it as a platform for experimentation. Not surprisingly, the scientific minds at Miramar’s White Labs, the foremost manufacturer of yeast for beverage fermentation in the world, fall into the latter category. Last year, their on-site brewing team created something previously (and since) unheard of: a beer fermented using a whopping 96 different yeast strains.

What could have come out tasting like a cacophony of competing characteristics tasted very nice fresh, with Belgian yeast varieties coming to the forefront with their bold, fruity, botanical attributes. Yesterday, White Labs released a version of the beer given even more complexity from extended aging in bourbon whiskey barrels.

The result is Barrel-Aged Frankenstout, which features a downright lovely aroma reminiscent of dark chocolate truffles and rose petals. The chocolate carries through on the palate and is accompanied by vanilla and chicory, followed by an herbal feel in the finish. In the world of beer-based science projects, it doesn’t get much more exotic than this—Brandon Hernandez, Editor-at-Large, West Coaster Craft Beer magazine, www.westcoastersd.com

From the Scientist: “The team at White Labs was working on sequencing 96 of our yeast strains for a collaborative research project with Illumina, Synthetic Genomics and a team of scientists based in San Diego and Belgium. The goal was to understand the genetic diversity between strains (i.e., what makes WLP001 California Ale Yeast have such different flavor characteristics compared to WLP008 East Coast Ale Yeast), and some of these findings were later published via the scientific journal Cell in September 2016.

Since these strains needed to be propped up in order to do a full sequencing run and fill 96 spots in a multi-well plate, we used the propped-up yeast to do a fun ‘experiment’ and look at what would happen if they were all used to ferment only one beer. Our team tried a few different prototypes before landing on the final recipe for Frankenstout, as they found that the malty backbone played really well with the complex and various flavors created by 96 different strains!”—Karen Fortmann, Senior Research Scientist, White Labs

From the Brewer: “Barrel-Aged Frankenstout rested for more than one year in second-use, bourbon oak barrels. During that time, the brewing team monitored the barrels on a regular basis until we finally landed on the perfect amount of oak and bourbon traits combined with Frankenstout. We found the flavors in Frankenstout really changed over time, and it also picked up a higher alcohol-by-volume (10.1%) from the time spent in barrels. Barrel-Aged Frankenstout carries vanilla, oak qualities and mild notes of bourbon, which pair well with the more subtle phenolics of the matured base beer.”—Joe Kurowski, Brewing Manager, White Labs.