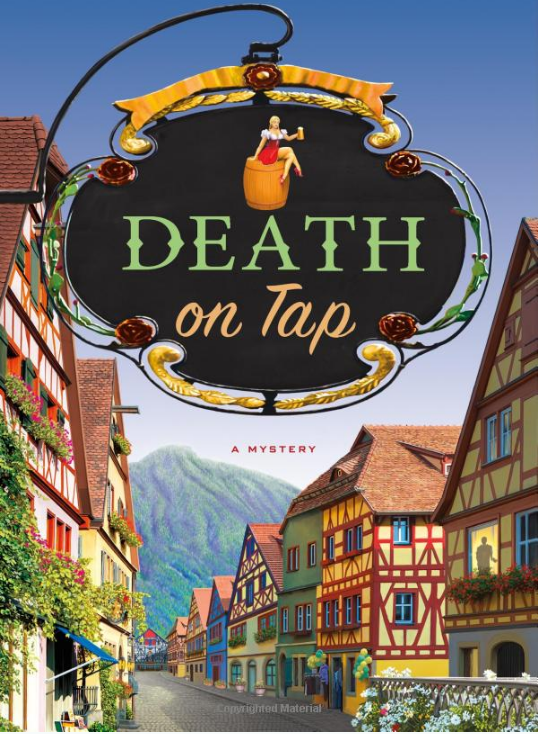 By Thomas Shess, Editor, PillartoPost.org--Before you start reading Ellie Alexander’s newly released “Death on Tap,” [Minotaur Books] one of the few mystery novels set in a craft beer brewing setting, one must understand the book is a cozy.  It’s not hardboiled Elmore Leonard or a latter-day Mickey Spillane.  It’s more like Sherlock Holmes spending more time in the kitchen trying out recipes with Mrs. Hudson.  It is a cozy.

The Internet tells us cozy mysteries have become a booming business. Many cozy mystery readers are intelligent women looking for a “fun read” that engages the mind, as well as provides entertainment… something to “look forward to getting back to.” This is not to say that intelligent men don’t read cozies…they do.  They may even like the recipes.

Publisher’s Weekly likes “Death on Tap” by adding the novel is set in small town Washington State, an area known for its neo-Bavarian craft beer brewing.  Using an expected pun PW reviewer says Alexander’s cozy is “a hopped up first of a series, which introduces gifted beer brewer Sloan Krause.“ The author provides everything you want to know about brewing beer, including cozy staples like describing Sloan’s IPA cupcakes and chocolate stout brownies.  Alas, the recipes aren’t given and remain the true mystery surrounding this light-hearted read.

But that’s not saying Ellie Alexander is a shy and retiring author.  Case in point: When heroine Sloan walks in on her husband in a compromising position with a barmaid, she gives him the boot.  She leaves her husband’s brewery and lines up a job with Nitro, a competing brewer.  But just as Sloan is setting in to her new gig, she finds a competitor dead in her fermenting tub, clutching a top IPA recipe.

When her ex-husband is arrested for being more than just an adulterer, the mystery begins.

It’s the perfect holiday read for the craft beer lover in your life—light, which is not too dark.