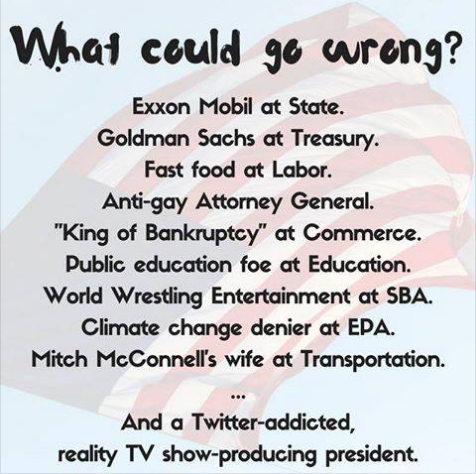 GUEST BLOG / By Mark Grabowski, first published as an opinion article in the Times of San Diego, December 16, 2016.

Did you hear that President Obama signed an executive order banning fake news sites? Or that Donald Trump claims the Earth is flat? Or that Russians discovered a vaccine to cure homosexuality?

All of the above were recent popular fake news stories — a growing epidemic online, which Facebook and Google are now vowing to help stymie. 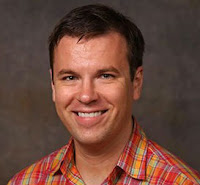 ABOUT THE AUTHOR:
Mark Grabowski is a lawyer and teaches communications law at National University in San Diego.

Fake news is not a new problem. In fact, historians believe it may have induced the Spanish-American War of 1898. But technology is making fake news common and tricky to decipher.

Although such stories are entirely made up, they’re often related to topics trending in the real news. These lies, hoaxes and rumors are typically published on websites that look journalistic and professional. The notorious fake news site abcnews.com.co, for instance, utilizes a URL and logo nearly identical to the actual website for ABC News, a respected TV news outlet. Additionally, fake news often appears in online posts, videos, memes and discussion forums.

Sometimes fake news outperforms real news in search engine results and social media shares. Even prominent journalists and government officials have been fooled. And fake news can have serious consequences, as impetuous consumers of news have engaged in illegal and violent behavior as a result of believing a canard.

So, how can you tell if a story is legit? Here are some tips:

Research who produced it. Most real news outlets have websites with an “About” section that provides a lot of information, such as the company that runs it, staff members, and its mission statement. If the language used seems odd, be skeptical. For example, abcnews.com.co’s about section mentions “Fappy The Anti-Masturbation Dolphin.” You should also be able to find out more information about the news outlet in places other than that site. Wikipedia, for example, has entries for most media outlets and explicitly states which are fake news sites.

Examine the sources cited. Does the story cite and quote credible sources — a person with a name and a title, such as “Kellyanne Conway, Trump’s campaign manager?” If not, or if they use anonymous or vague sources, such as “sources said,” “according to reports,” “friends say,” be suspicious.

Utilize fact-checking sites. Fake news stories that go viral are often exposed by such websites as Snopes.com, TruthOrFiction.com and FactCheck.org. Curated lists of fake news sites also exist, although they’re never comprehensive and are sometimes skewed by the creator’s preferences.

In addition to fake news, there are other types of dubious news:

Satire: Some fake news is created to entertain rather than mislead, but not all news consumers can tell the difference. TV shows, such as Last Week Tonight with John Oliver, comment on real-world news events using parody and exaggeration. Newspapers, such as The Onion, publish wholly fictionalized news stories. There are also dozens of satirical websites, such as The Daily Currant.

Advertorials: Advertisements about products and services may be disguised to look and sound like a news story. They’re frequently placed on social media sites as “promoted” or “sponsored” content. They can also appear in newspapers, magazines and on TV.

Government-controlled news: Media that’s government-owned or restricted from publishing what they want should be viewed skeptically. Few countries offer the same press freedoms as the United States. In China, for example, many popular media outlets are government-run and censorship is common.

Biased news: While no media outlet is completely objective, some don’t even try to be. For example, Fox News and Breitbart tailor their news to right-leaning audiences while Huffington Post and MSNBC have a noticeable liberal bias.

Irresponsible journalism: Trusted news outlets sometimes spread false information. Sources may lie to reporters. Journalists can fall victim to pranks or hackers. Laziness and deadline pressures can cause mistakes. Unethical scribes have exaggerated or concocted news on many occasions. The Washington Post once won a Pulitzer Prize for a story that was later exposed as fabricated.

To be better informed, here’s some final advice:

Stop getting news from social media. Most social media feeds are echo chambers, offering limited perspectives on a narrow range of information. Facebook is useful for many things, but it’s not a news outlet. Its goal is to keep you clicking, and it tweaks your newsfeed so you only see content you like. Similarly, Twitter’s feed only shows content posted by people you choose to follow.

Don’t rely on one media outlet. Although commonly grouped together as “the media,” new sources are not monolithic. Each news outlet has its own approach to reporting on what’s happening in the world. So, diversify your news consumption by seeking out multiple news sources and reading a variety of perspectives on issues.

Support good journalism. Ultimately consumers will be the gatekeepers by deciding which stories get clicks and shares and which stories don’t get attention. Be part of the solution, not the problem. Don’t spread false information. But do share this primer.