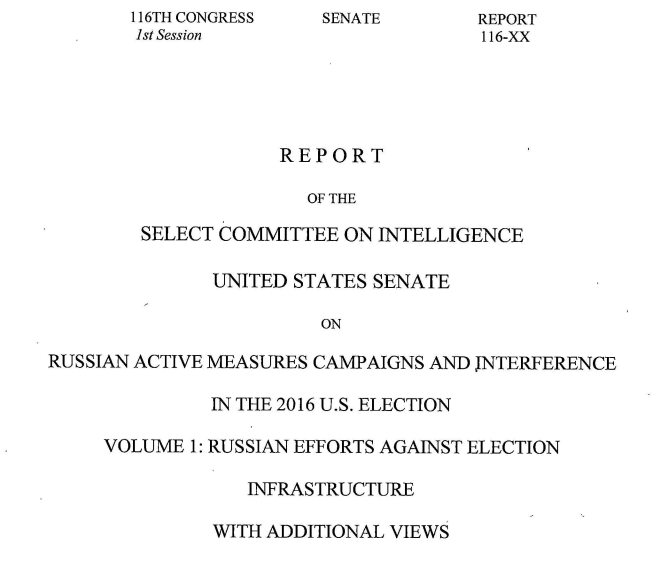 Russian Active Measures Campaigns and Interference in the 2016 U.S. Election

WHAT DOES THIS MEAN?
It means the United States Senate Intelligence Committee has determined Russia was behind the 2016 election interference as directed by the Kremlin.  Ukraine or any other country were not responsible.