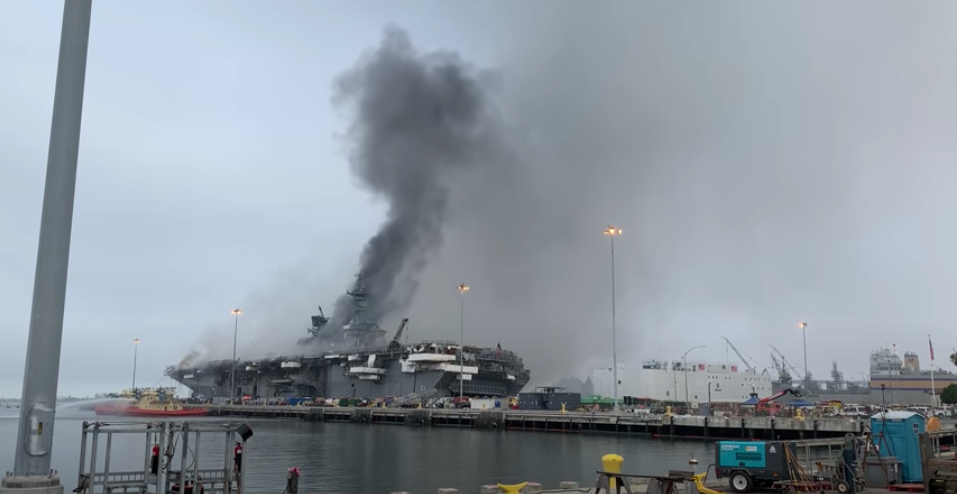 SAN DIEGO (July 13, 2020) - Helicopters from Helicopter Sea Combat Squadron (HSC) 3 combats a fire aboard the amphibious assault ship USS Bonhomme Richard (LHD 6). On the morning of July 12, a fire was called away aboard the ship while it was moored pier side at Naval Base San Diego. Base and shipboard firefighters responded to the fire. Bonhomme Richard is going through a maintenance availability, which began in 2018. (U.S. Navy photo by Mass Communication Specialist 1st Class Benjamin Kittleson/Released)

After 34 hours the Bon Homme Richard is listing to starboard and the fire continues to rage.  At least 5 sailors were hospitalized in stable condition Monday morning, according to Navy officials. The cause of the fire is under investigation. “We have not yet begun to fight” –Captain John Paul Jones.
HISTORY OF THE FRIGATE BON HOMME RICHARD.  Click here. 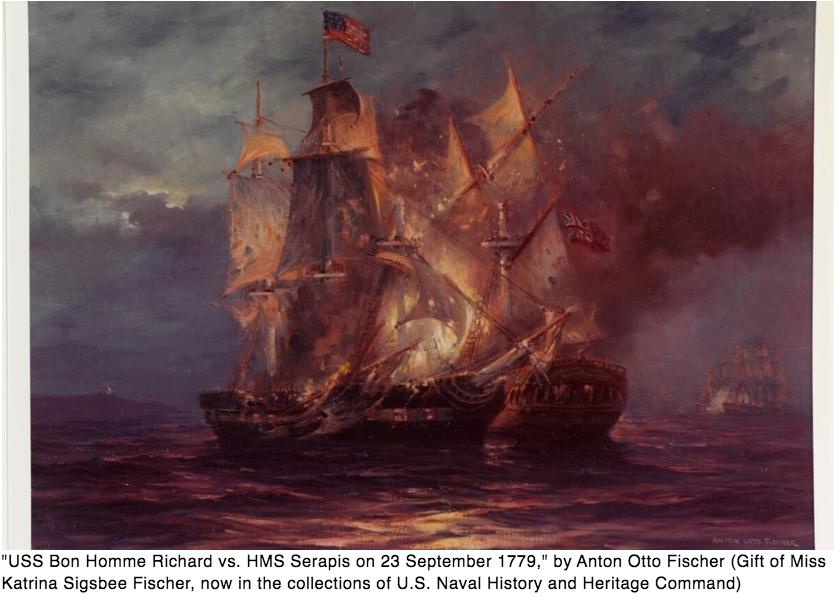 BON HOMME RICHARD FIRE 7-14-20.  Click here.
Federal Fire Department San Diego and US Navy Sailors continue to fight the fire to save the ship, USS Bonhomme Richard (LHD 6). Helicopter Sea Combat Squadron THREE (HSC 3)  has conducted more than 1,200 helicopter water bucket drops, which is cooling the superstructure and flight deck enabling fire crews to get onboard internally to fight the fire. Tugs are also providing firefighting support from the waterline.

Fireteams consisting of Federal Fire San Diego and U.S. Navy Sailors have been fighting the fire aboard USS Bonhomme Richard (LHD 6). The fire teams consist of more than 400 Sailors from 12 San Diego-based ships.