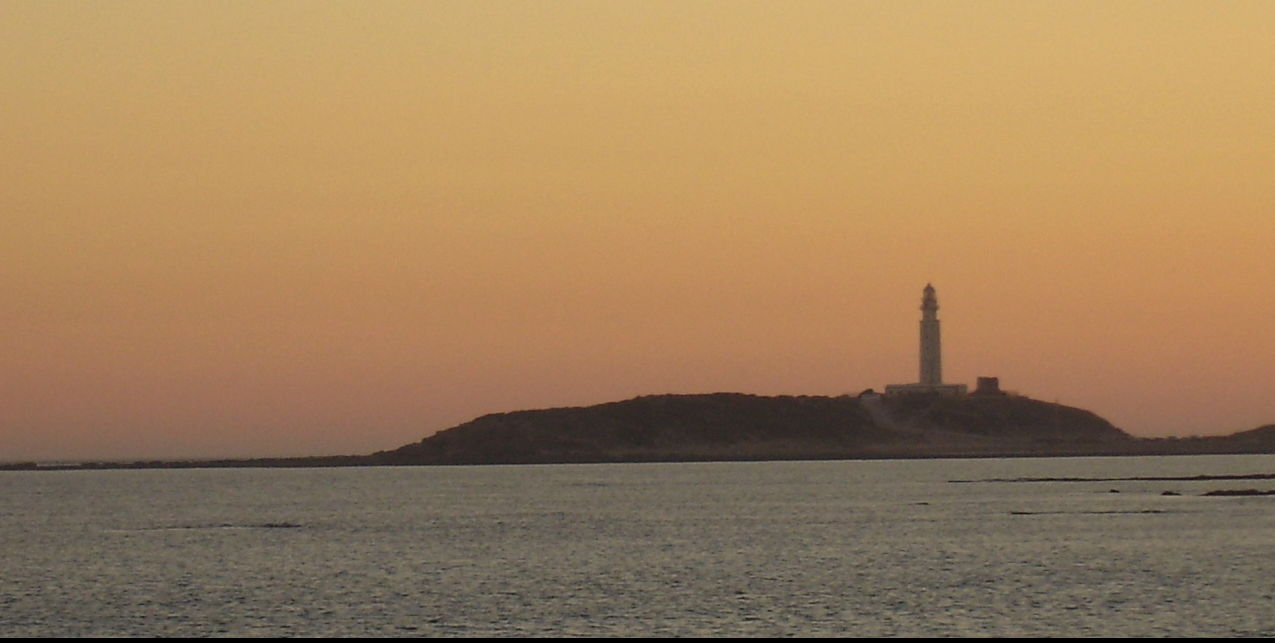 Along the Spanish coast, the most prominent structure on Cape Trafalgar is a 34-metre-high lighthouse (112 feet above sea level), the faro de Cabo Trafalgar, first illuminated on 15 July 1862.

Of historical interest is the 1805 naval Battle of Trafalgar, in which the Royal Navy commanded by Admiral Horatio Nelson decisively defeated Napoleon's combined Spanish and French fleet, took place off the cape.

What could be more British and busy than Trafalgar Square in London? Not so along this sleepy stretch of Atlantic coastline.  Cape Trafalgar in Spain, which is popular among locals and an occasional covey of tourists is just plain dull in the light of day or night. To be kind, let’s say Cape Trafalgar sedate and sandy.

The word Trafalgar is of Arabic origin, which means edge or extremity and refers to a promontory.

Planned by Eduardo Saavedra in 1857 it was the only lighthouse between Cadiz with Tarifa prior to the construction of the Caraminal and Roche lighthouses. It pretty much set the standard look for lighthouses ever since. 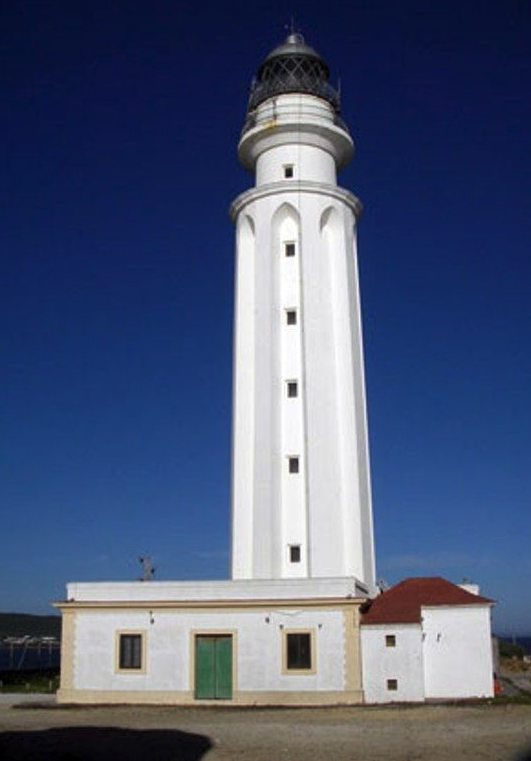 Built atop a tapering tower like a Roman column, the light is 34 metres high, but its early fragility meant that it was later reinforced with vertical buttresses that give it its singular appearance. It has an adjoining building where the lighthouse keepers live.

BREAKING NEWS. Yes, a 159-year-old lighthouse can have its 15 minutes of fame. That happened in May, 2021 when archeologists digging in the sand around the Cape Trafalgar lighthouse found nearby ruins of a Roman era bathhouse. Quite the discovery because the remains were well preserved. 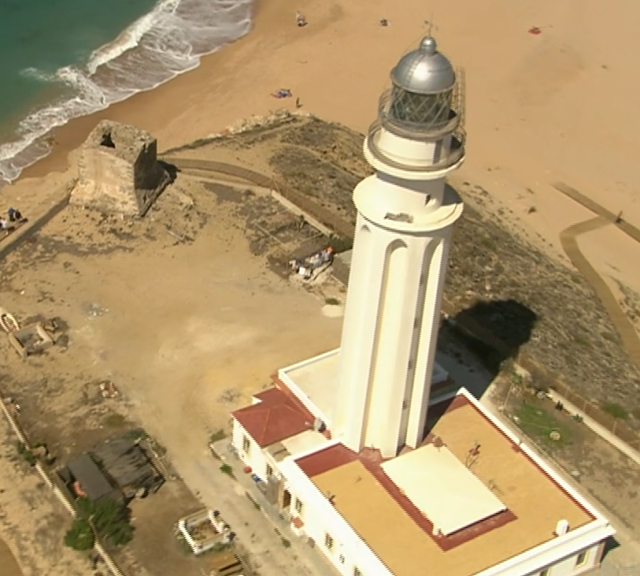 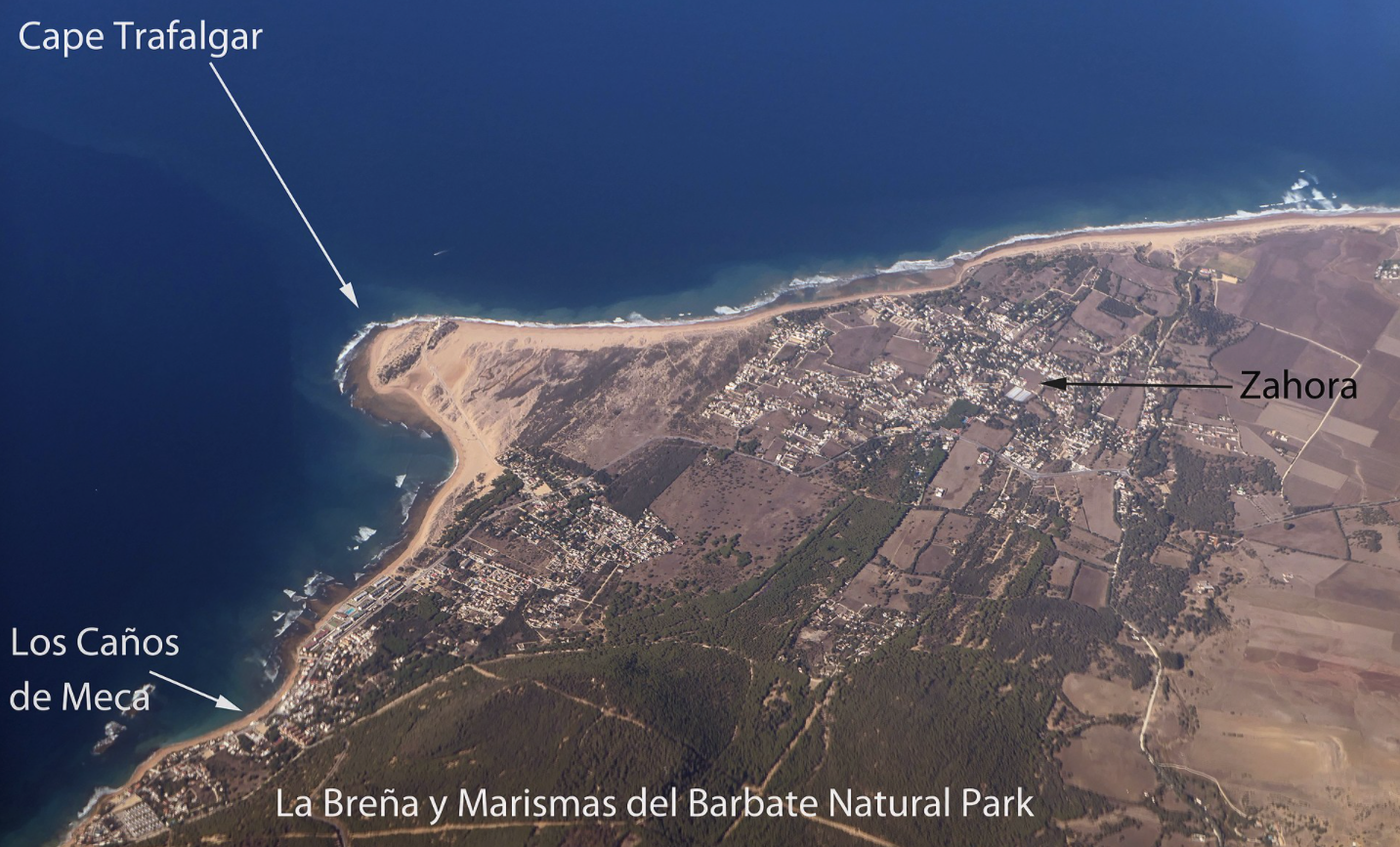 MEANWHILE BACK IN LONDON