FORGETFUL FRIDAY / REMEMBERING HOW TO REMEMBER

GUEST BLOG / By Lauren Aguirre from her first book “The Memory Thief.”
--Memory has three stages: encoding, storing, and retrieving. If any one of them fails, an episode from three days or three decades ago will be missing from your personal story.
In an obscure natural experiment that began on the operating table three-quarters of a century ago, hints emerged that vanished memories could be found. Inside a turreted gray limestone building on a hilltop in Montreal, Dr. Wilder Graves Penfield gently lowers an electrode onto the glistening surface of the patient’s right temporal lobe.
She is a 32-year-old woman with severe epilepsy. Suddenly, she speaks. “I hear singing.” Penfield lifts the electrode briefly, then lowers it again. “Yes, it is ‘White Christmas,’” she says. Penfield waits for his assistant to place a small white paper square with the number 15 to mark the spot before moving the tip of the electrode a quarter of an inch or so away.
For the rest of the article, which first appeared in LitHub.com CLICK HERE. 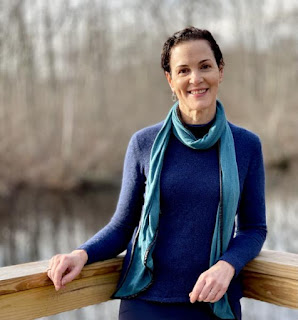 Lauren Aguirre is an award-winning science journalist with experience in multiple formats; documentaries, podcasts, short-form video series, interactive games, and blogs. She built her career at the PBS series NOVA after graduating from M.I.T. Aguirre’s reporting on memory has appeared in The Atlantic, Undark Magazine, and the Boston Globe’s STAT. The Memory Thief is her first book. In an excerpt she discusses “Encoding, Storing, Retrieving: How Memory Works.”