THE FOODIST / WHERE THE TABLE SIDE CAESAR SALAD STILL EXISTS 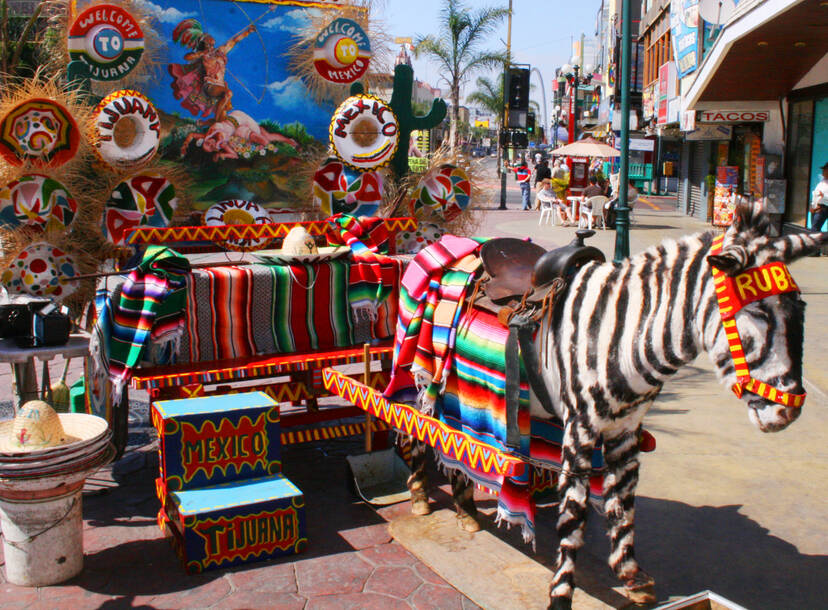 GUEST BLOG / By Holden DeMayo, editor, PillartoPost.org--My parents came from very large families, who except for two families, lived back East. When the aunts and uncles rolled into town it was Uncle Steve’s role to take them to Tijuana.

Back in the day, crossing and recrossing the border was easy as tamale pie. Now, it’s a five-hour wait. But if you listen to me you drive to a parking lot on the American side and walk across the busiest international border on the planet. That way, you’ll save four hours. Here’s how.

From the USA you walk into Tijuana and catch a taxi (don’t walk to the main part of town otherwise you’ll be in the panhandler’s hall of fame). Once you make it to the main drag: Avenue Revolucion, the first stop was the painted burro stand, where we took the obligatory shot commemorating the visit. That donkey is still there pretending to be Zebra. 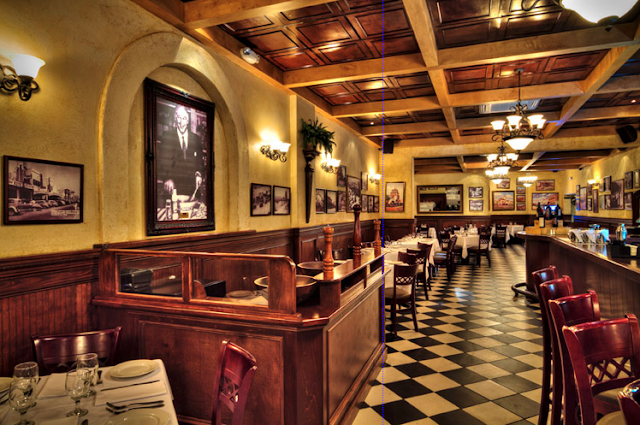 Leave the donkey behind and stroll to Caesar’s restaurant located first floor of the Hotel Caesar. You could explore and find maybe one or two restaurants better than Caesar’s—but why waste your time? The owners and come and go, but Caesar’s Restaurant has been at the same Tijuana, Mexico location since 1927.

Locals point to Caesar’s with pride knowing over the years it has remained one of the top dining establishments in this Baja City of 2 million persons (2nd largest city in Mexico). Caesar's, located in the architecturally bland Hotel Caesars, is always busy. After all, it’s the birthplace of the world-famous Caesar Salad. One cool thing about Caesar’s menu (win a bar bet here) is that the 94-year-old restaurant pays homage to Tijuana’s restaurant heritage by placing a specialty from other iconic dining spots such Mateotti's, Bocaccio's, Roma Madrid, Santini and others).

The table side preparation of the famed Caesar’s Salad has been reinstated after Covid 19 restrictions. Now, the legend lives on as owners tribute to the history of Caesar's, as well as to its founder and inventor of the Caesar Salad: Cesare Cardini, chef Livio Santini, its former employees, its local and foreign clientele, who visit from both sides of the California border and beyond.

In addition, the best example of local gastronomy now has an adjoining bar. Don’t be put off by the fact Caesar’s has to share the Hotel Caesar’s storefront with an American fast food chain.

Caesar’s is a diamond in the rough.

IT’S ABOUT THE SALAD

Caesar`s Salad is so popular and international, that it is possible to find different versions of it in menus of countless restaurants all over the world. The story goes like this. One day Cardini wanted to treat some friends for dinner, but he had practically nothing to offer them. As good friends do, they told him not to worry and just serve an appetizer. He then ran into the kitchen and used what was at hand: he took a bowl and placed some lettuce made into small pieces to make them seem abundant and then prepared a dressing with all ingredients available. 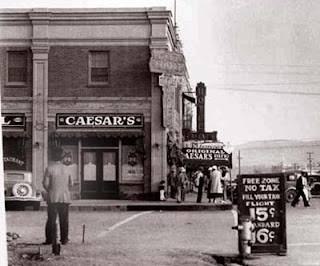 In his honor, the salad was given his name, and in honor of this salad, each year a festival is held where around 30 local restaurants participate. The yearly Caesar`s Salad Festival takes place on Revolución Avenue between 4th and 5th streets every May or June mas y menos, accommodating an average of five thousand people. Besides enjoying the original recipe, the festival’s main goal is to bring family and foodie tourists to the zone.