Wes Anderson is the celebrated American film director, who most recently created “The French Dispatch” and earlier “Grand Budapest Hotel” and "The Royal Tenenbaums" among others, also dabbles in first-rate interior design.

His most recent coffee house is in Milan, Italy, and is called Bar Luce. He wanted to create a café he could visit many times during the week and never tire of it. It also gave him a chance to become the architect that he dreamed of being in his youth.

The café is located at the entrance building of Fondazione Prada. The range of colors, the Formica furniture, the seats, the floor, and the wood wall panels are reminiscent of Italian popular culture and aesthetics from the 1950s and 1960s, echoing artistic decisions Anderson made for his short film Castello Cavalcanti (2013).

The arched ceiling and the patterned decoration for the top half of the bar’s walls recreate a ‘miniature’ version of the vaulted glass roof and the decorations of the Galleria Vittorio Emanuele, one of Milan’s symbolic buildings.  If you’re in Milan, Bar Luce is a must-see establishment. It incorporates pastel tones, speckled floors, a 1950s diner-reminiscent jukebox, and Anderson’s original decorative panels. 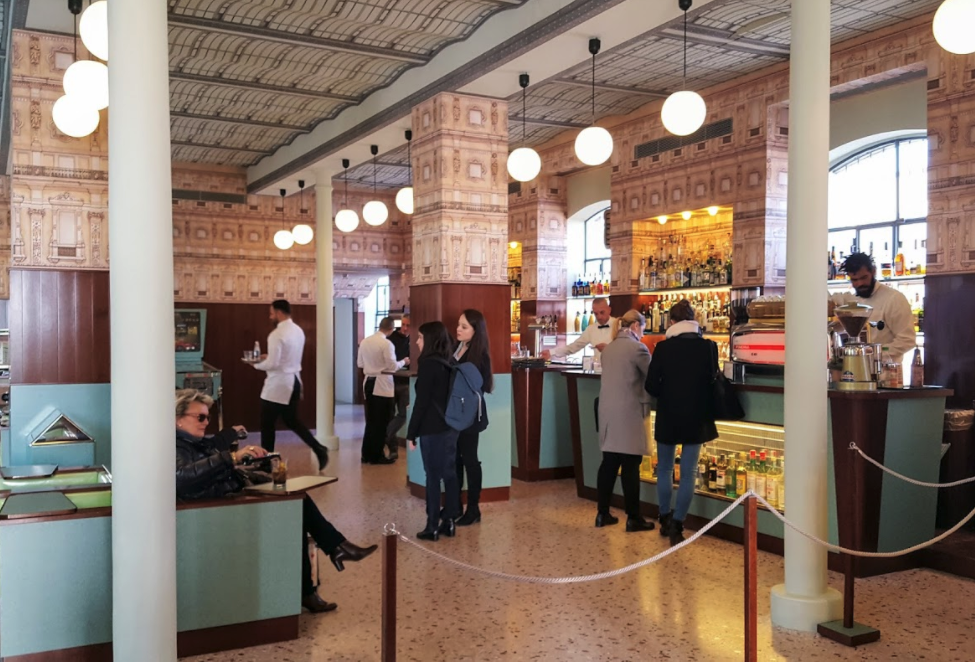 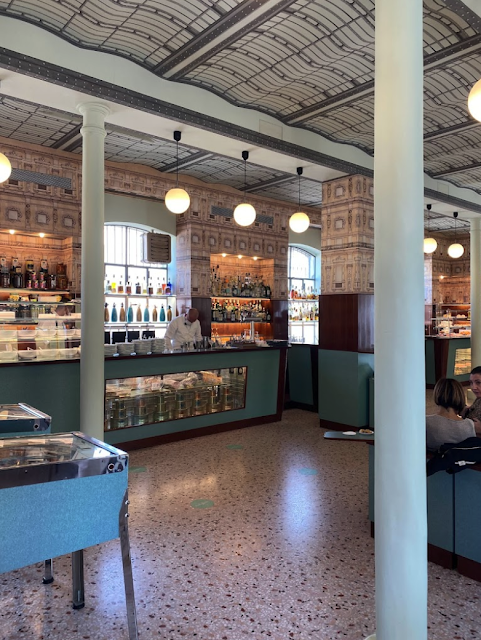 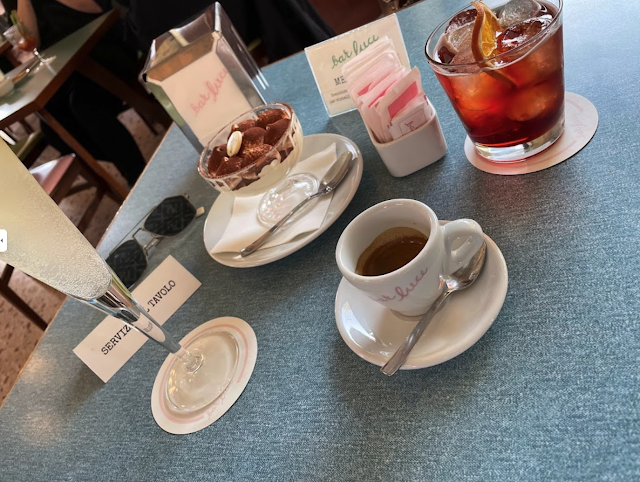