NOW WE KNOW / CREW OF THE ENOLA GAY 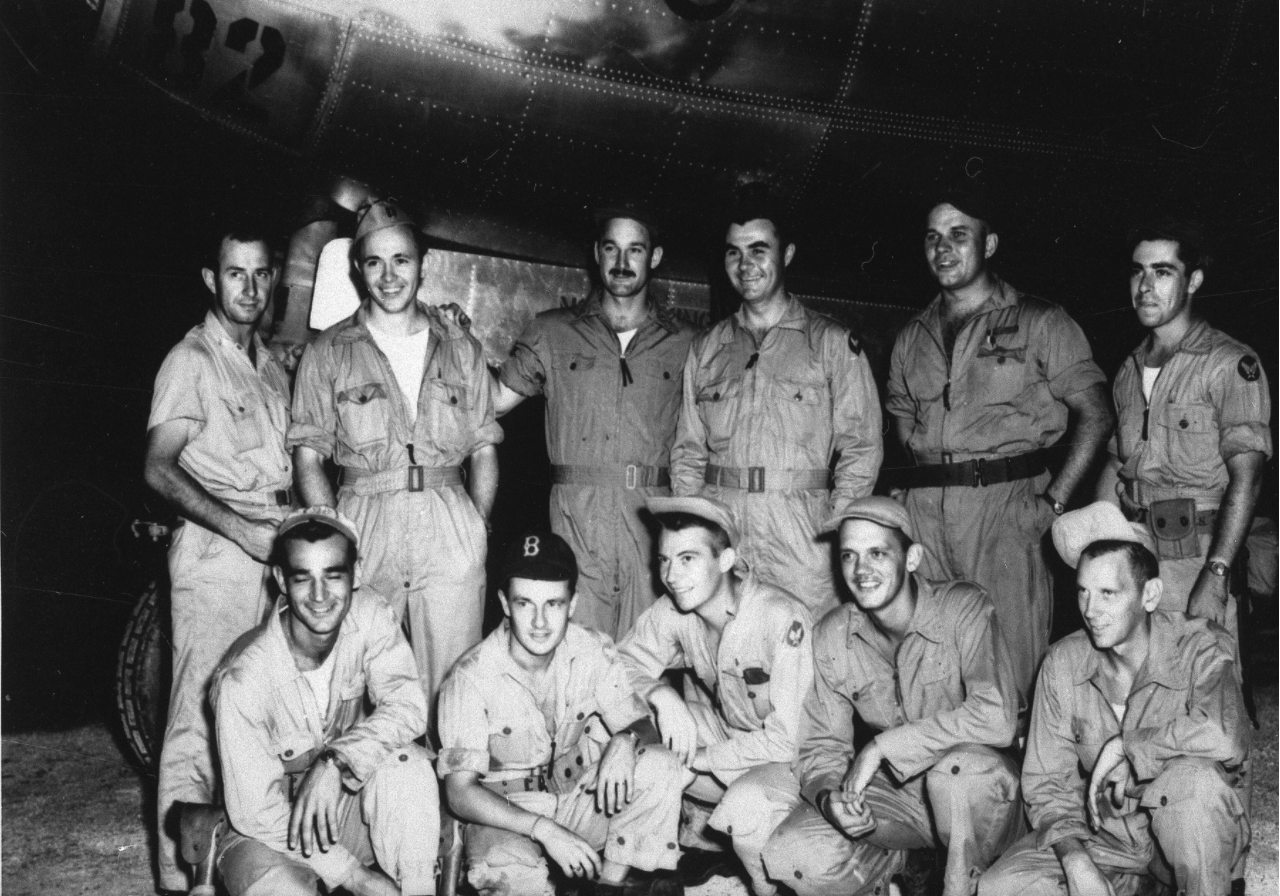 This undated Associated Press photo (above)  includes most members of the 11-man crew of the Boeing B29 bomber that dropped the atomic bomb over Hiroshima posing in 1945 during World War II.  Note: there are name differences between photo above and the chart below.