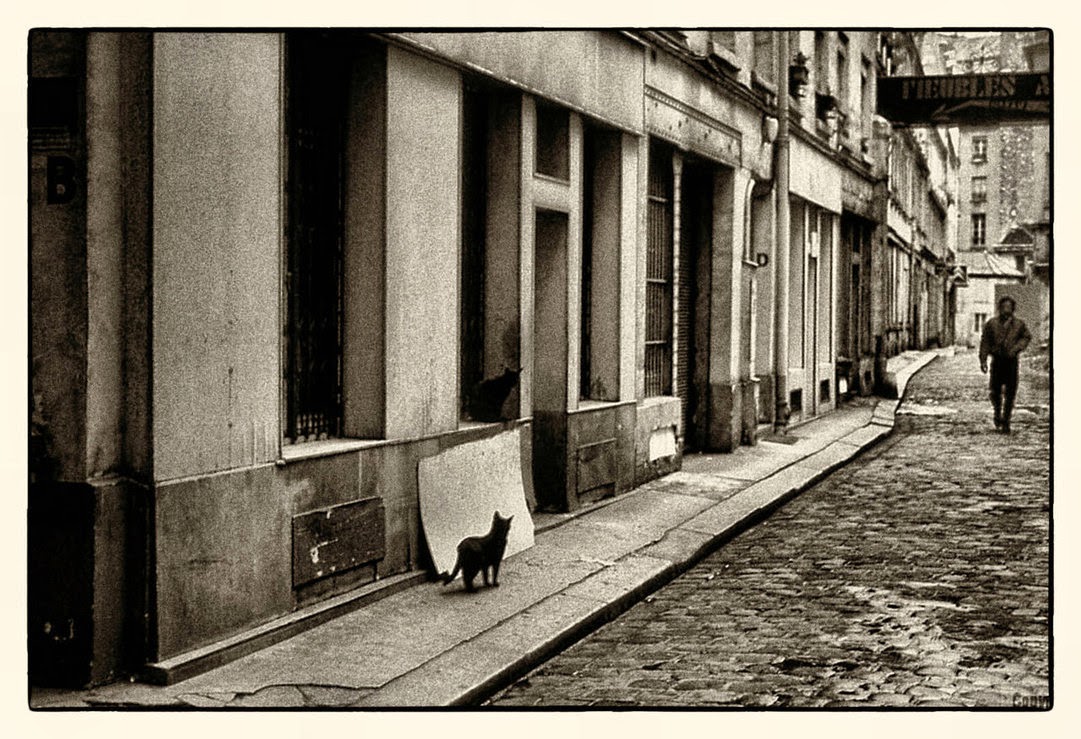 SHORT STORY FROM THE PUBLIC DOMAIN.
Text Courtesy of www.world-english.org 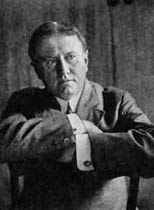 A myriad of lamps that line the Champs Elysées and the Rouge et Noir, cast their reflection in the dark waters of the Seine as it flows gloomily past the Place Vendôme and the black walls of the Convent Notadam.

The great French capital is astir.

It is the hour when crime and vice and wickedness reign.

Hundreds of fiacres drive madly through the streets conveying women, flashing with jewels and as beautiful as dreams, from opera and concert, and the little bijou supper rooms of the Café Tout le Temps are filled with laughing groups, while bon mots, persiflage and repartee fly upon the air—the jewels of thought and conversation.

Luxury and poverty brush each other in the streets. The homeless gamin, begging a sou with which to purchase a bed, and the spendthrift roué, scattering golden louis d'or, tread the same pavement.

When other cities sleep, Paris has just begun her wild revelry.

The first scene of our story is a cellar beneath the Rue de Peychaud.

The room is filled with smoke of pipes, and is stifling with the reeking breath of its inmates. A single flaring gas jet dimly lights the scene, which is one Rembrandt or Moreland and Keisel would have loved to paint.

A garçon is selling absinthe to such of the motley crowd as have a few sous, dealing it out in niggardly portions in broken teacups.

Leaning against the bar is Carnaignole Cusheau—generally known as the Gray Wolf.

He is the worst man in Paris.

He is more than four feet ten in height, and his sharp, ferocious looking face and the mass of long, tangled gray hair that covers his face and head, have earned for him the name he bears.

His striped blouse is wide open at the neck and falls outside of his dingy leather trousers. The handle of a deadly looking knife protrudes from his belt. One stroke of its blade would open a box of the finest French sardines.

"Voilà, Gray Wolf," cries Couteau, the bartender. "How many victims to-day? There is no blood upon your hands. Has the Gray Wolf forgotten how to bite?"

"Sacrè Bleu, Mille Tonnerre, by George," hisses the Gray Wolf. "Monsieur Couteau, you are bold indeed to speak to me thus.

"By Ventre St. Gris! I have not even dined to-day. Spoils indeed. There is no living in Paris now. But one rich American have I garroted in a fortnight.

"Bah! those Democrats. They have ruined the country. With their income tax and their free trade, they have destroyed the millionaire business. Carrambo! Diable! D––––n it!"

The cellar door opened and a man crept softly down the rickety steps. The crowd watches him with silent awe.

He went to the bar, laid his card on the counter, bought a drink of absinthe, and then drawing from his pocket a little mirror, set it up on the counter and proceeded to don a false beard and hair and paint his face into wrinkles, until he closely resembled an old man seventy-one years of age.

He then went into a dark corner and watched the crowd of people with sharp, ferret-like eyes.

Gray Wolf slipped cautiously to the bar and examined the card left by the newcomer.

"Holy Saint Bridget!" he exclaims. "It is Tictocq, the detective."

Ten minutes later a beautiful woman enters the cellar. Tenderly nurtured, and accustomed to every luxury that money could procure, she had, when a young vivandière at the Convent of Saint Susan de la Montarde, run away with the Gray Wolf, fascinated by his many crimes and the knowledge that his business never allowed him to scrape his feet in the hall or snore.

"No, no, Gray Wolf," shouts the motley group of assassins, rogues and pickpockets, even their hardened hearts appalled at his fearful words. "Mon Dieu! You cannot be so cruel!"

The horrified sans-culottes shrink back in terror as the Gray Wolf seizes Maria by the hair and cuts her into twenty-nine pieces, each exactly the same size.

As he stands with reeking hands above the corpse, amid a deep silence, the old, gray-bearded man who has been watching the scene springs forward, tears off his false beard and locks, and Tictocq, the famous French detective, stands before them.

Spellbound and immovable, the denizens of the cellar gaze at the greatest modern detective as he goes about the customary duties of his office.

He first measures the distance from the murdered woman to a point on the wall, then he takes down the name of the bartender and the day of the month and the year. Then drawing from his pocket a powerful microscope, he examines a little of the blood that stands upon the floor in little pools.

He then enters rapidly in a memorandum book the result of his investigations, and leaves the cellar.

Tictocq bends his rapid steps in the direction of the headquarters of the Paris gendarmerie, but suddenly pausing, he strikes his hand upon his brow with a gesture of impatience.

"Mille tonnerre," he mutters. "I should have asked the name of that man with the knife in his hand."

It is reception night at the palace of the Duchess Valerie du Bellairs.

The apartments are flooded with a mellow light from paraffine candles in solid silver candelabra.

The company is the most aristocratic and wealthy in Paris.

Three or four brass bands are playing behind a portière between the coal shed, and also behind time. Footmen in gay-laced livery bring in beer noiselessly and carry out apple-peelings dropped by the guests.

Valerie, seventh Duchess du Bellairs, leans back on a solid gold ottoman on eiderdown cushions, surrounded by the wittiest, the bravest, and the handsomest courtiers in the capital.

"Ah, madame," said the Prince Champvilliers, of Palais Royale, corner of Seventy-third Street, "as Montesquiaux says, 'Rien de plus bon tutti frutti'—Youth seems your inheritance. You are to-night the most beautiful, the wittiest in your own salon. I can scarce believe my own senses, when I remember that thirty-one years ago you—"

"Saw it off!" says the Duchess peremptorily.

The Prince bows low, and drawing a jewelled dagger, stabs himself to the heart.

"The displeasure of your grace is worse than death," he says, as he takes his overcoat and hat from a corner of the mantelpiece and leaves the room.

"Voilà," says Bèebè Francillon, fanning herself languidly. "That is the way with men. Flatter them, and they kiss your hand. Loose but a moment the silken leash that holds them captive through their vanity and self-opinionativeness, and the son-of-a-gun gets on his ear at once. The devil go with him, I say."

"Ah, mon Princesse," sighs the Count Pumpernickel, stooping and whispering with eloquent eyes into her ear. "You are too hard upon us. Balzac says, 'All women are not to themselves what no one else is to another.' Do you not agree with him?"

"Cheese it!" says the Princess. "Philosophy palls upon me. I'll shake you."

Arm and arm they go out to the salon au Beurre.

Armande de Fleury, the young pianissimo danseuse from the Folies Bergère is about to sing.

She slightly clears her throat and lays a voluptuous cud of chewing gum upon the piano as the first notes of the accompaniment ring through the salon.

As she prepares to sing, the Duchess du Bellairs grasps the arm of her ottoman in a vice-like grip, and she watches with an expression of almost anguished suspense.

Then, as Armande de Fleury, before uttering a note, reels, wavers, turns white as snow and falls dead upon the floor, the Duchess breathes a sigh of relief.

The Duchess had poisoned her.

Then the guests crowd about the piano, gazing with bated breath, and shuddering as they look upon the music rack and observe that the song that Armande came so near singing is "Sweet Marie."

Twenty minutes later a dark and muffled figure was seen to emerge from a recess in the mullioned wall of the Arc de Triomphe and pass rapidly northward.

It was no other than Tictocq, the detective.

The network of evidence was fast being drawn about the murderer of Marie Cusheau.

It is midnight on the steeple of the Cathedral of Notadam.

It is also the same time at other given points in the vicinity.

The spire of the Cathedral is 20,000 feet above the pavement, and a casual observer, by making a rapid mathematical calculation, would have readily perceived that this Cathedral is, at least, double the height of others that measure only 10,000 feet.

At the summit of the spire there is a little wooden platform on which there is room for but one man to stand.

Crouching on this precarious footing, which swayed, dizzily with every breeze that blew, was a man closely muffled, and disguised as a wholesale grocer.

Old François Beongfallong, the great astronomer, who is studying the sidereal spheres from his attic window in the Rue de Bologny, shudders as he turns his telescope upon the solitary figure upon the spire.

"Sacrè Bleu!" he hisses between his new celluloid teeth. "It is Tictocq, the detective. I wonder whom he is following now?"

While Tictocq is watching with lynx-like eyes the hill of Montmartre, he suddenly hears a heavy breathing beside him, and turning, gazes into the ferocious eyes of the Gray Wolf.

Carnaignole Cusheau had put on his W. U. Tel. Co. climbers and climbed the steeple.

"Parbleu, monsieur," says Tictocq. "To whom am I indebted for the honor of this visit?"

"You are Tictocq, the detective?" he said.

"Then listen. I am the murderer of Marie Cusheau. She was my wife and she had cold feet and ate onions. What was I to do? Yet life is sweet to me. I do not wish to be guillotined. I have heard that you are on my track. Is it true that the case is in your hands?"

The Gray Wolf carefully adjusts the climbers on his feet and descends the spire.

Tictocq takes out his notebook and writes in it.

Monsieur le Compte Carnaignole Cusheau, once known as the Gray Wolf, stands in the magnificent drawing-room of his palace on East 47th Street.

Three days after his confession to Tictocq, he happened to look in the pockets of a discarded pair of pants and found twenty million francs in gold.

Suddenly the door opens and Tictocq, the detective, with a dozen gensd'arme, enters the room.

"You are my prisoner," says the detective.

"The murder of Marie Cusheau on the night of August 17th."

"I saw you do it, and your own confession on the spire of Notadam."

The Count laughed and took a paper from his pocket. "Read this," he said, "here is proof that Marie Cusheau died of heart failure."

Tictocq looked at the paper.

Tictocq dismissed the gensd'arme with a wave of his hand.

"We have made a mistake, monsieurs," he said, but as he turns to leave the room, Count Carnaignole stops him.

The Count Carnaignole tears from his own face a false beard and reveals the flashing eyes and well-known features of Tictocq, the detective.

Then, springing forward, he snatches a wig and false eyebrows from his visitor, and the Gray Wolf, grinding his teeth in rage, stands before him.

The murderer of Marie Cusheau was never discovered.