THE BREWSPAPER / HISTORY OF BEER / RAISE A GLASS TO NINKASI 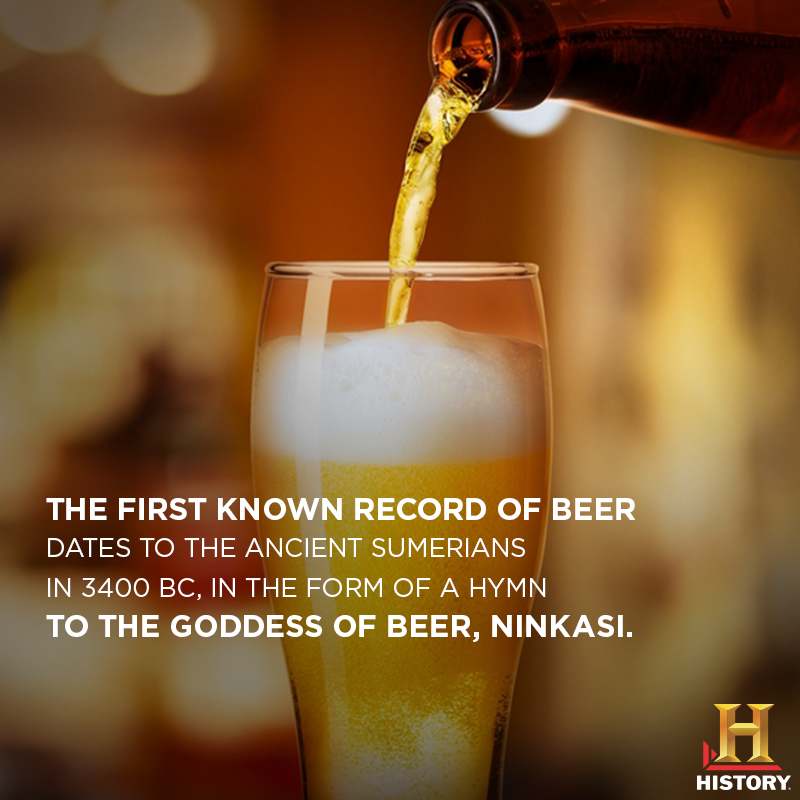 GUEST BLOG—By the HistoryChannel.com--Beer–it’s the chosen beverage of English kings, Egyptian stonemasons and Homer Simpson. And it has a long and celebrated history going back to 3400 B.C.

The first known written record of beer dates back to the ancient Sumerians. It’s in the form of a hymn, to the goddess of beer named Ninkasi. This earliest beer recipe calls for soaked grains to be mixed with bread and water: The bread would provide the source of yeast, which was the catalyst for fermentation. It isn’t known how Sumerians figured out bread could start the fermentation process; probably it was just a happy accident by an unsuspecting or unwitting inventor.

Beer brewing continued during the Babylonian and Egyptian empires, and it’s estimated the Babylonians had recipes for as many as 20 different types. Hammurabi’s Code, the ancient Babylonian set of laws, decreed a daily beer ration to citizens. The drink was distributed according to social standing: laborers received two liters a day, while priests and administrators got five. At the time, the drink was always unfiltered, and cloudy, bitter sediment would gather at the bottom of the drinking vessels. Special drinking straws were invented to avoid the muck.

Of course, ancient beers tasted much, much different than our contemporary brews. Back then, it was common to add spices and herbs to the fermenting mixture, as well as other ingredients that would seem downright strange to us, including everything from olive oil, cheese and carrots to hallucinogens like hemp and poppy. In addition to being cloudy and filled with sediment, the liquid would be too heavy to create the head of foam so prized by a good bartender today.

In spite of what was, to our tastes at least, a less-than-appetizing finished product, brewers continued to mash, ferment and consume beer—and quite a bit of it, if finds at archeological sites from the Greek and Roman eras are to be believed. Pliny the Elder reported that beer was popular around the Mediterranean years before wine production occurred. As time went on, the science of beer making moved from the street to the cloisters. Christian abbeys were the center of knowledge and learning in the Middle Ages, so monks became the repositories of beer recipes and monasteries turned into breweries. Their refined techniques resulted in the clear, frosty, frothy brews we know today. 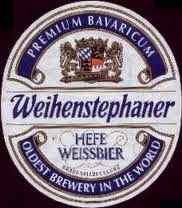 Did You Know?
The world’s oldest brewery is the Weihanstephan Abbey in Bavaria, Germany. The Abbey was licensed as a registered brewery in 1040, and monks continued to brew there until the monastery was dissolved under Napoleon Bonaparte in 1803. The brewery now is owned by the state of Bavaria, and continues to brew traditional lagers and wheat beers to this day.