GUEST BLOG--By Bob Page--The next Napa Valley?  Oenophiles love the question. It's not to dismiss getting into the hearts and minds of wine lovers, but rather which appellation becomes the most compelling new road heretofore less traveled.
And therefore, into their pocket books.
California is home to 76 appellations or, AVAs (American Viticultural  Areas), and anyone who has ever sipped the grape knows about, and has most likely been to Napa and Sonoma or to  Santa Barbara and the Central Coast.
About the Writer:
Bob Page is a former publisher with the Boston Herald and the Chicago Daily News.  More recently he was publisher of San Diego’s oldest neighborhood newspaper North Park News and currently publisher of San Diego Metro Magazine.
As neophyte oenophiles, we decided to stake out a journey to the ruggedly beautiful rolling hills and coastline of Mendocino County.
We knew very little or, more candidly, virtually nothing about Mendocino's wine country along Route 128, which carves its way from Cloverdale in Northwest Sonoma County to the Pacific coast.
The first few miles motoring west from Cloverdale can easily discourage.  The 20 or so miles to Boonville are twisting curves and hills and not a place to be stuck behind a RV.
A less than seasoned traveler or, one without a plan, might surrender to the road, and turn back to Cloverdale.
Au contraire!
Into Anderson Valley you drop, the skies open and wineries aplenty are in eyeshot. The valley is no more than 15 miles long, best known for its warm, sunny days and cool, foggy nights.
Anderson Valley might easily remind some of an earlier Napa Valley. It is rural and uncrowded. The valley is home to 30 wineries and  approximately 40 grape growers.  Small though it may be, it continually grows in stature.
So now the question is where do you stop, do you have a map or any semblance of a guide. No, of course not.  Isn't this the fun of travel? Being adventurous. At a pit stop in Boonville, the convenience store clerk, understated and apolitical, when asked, said, "they're all terrific."   That's all we needed.
As the afternoon wore on and after a sip here and a sip there, we said let's make one last stop before the day ends.


Coming up on the right hand side  we saw a dirt road, a small shack and  a sign which read, Lula Cellars. We said why not, pulled in and met Jeff Hansen, a bear of a man, winemaker and the owner of Lula Cellars.
A fortuitous decision.
Hearing Hansen's life story of reinvention  made for interesting conversation. From the Art Center of Design in Los Angeles, he became a freelance photographer, doing assignments for some of LA's largest ad agencies. 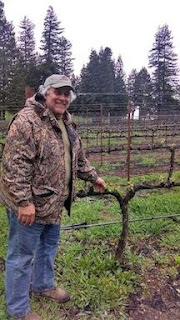 "In  early 1986, I decided to explore the idea of changing vocations. I was doing well and living in Seal Beach but the odd thing was that I wasn't happy with what I was doing. So I took some time off and went to Napa Valley.  I liked the slower pace of life, put my cameras away and moved to St. Helena,"  Hansen said.

He found work at Spring Mountain Vineyards, working for Michael Robbins, a noted winemaker whose chardonnay took  fourth place  in the fabled 1976 Paris Tasting. From there it was on to Flora Springs Winery after which he started his own label, Amici Cellars.

In 2009, Hansen left the sophisticated environment of Napa, moved to Mendocino and laid the groundwork for Lula Cellars. He opened a small tasting room near Philo and started out with 600 cases of Mendocino Pinot Noir. 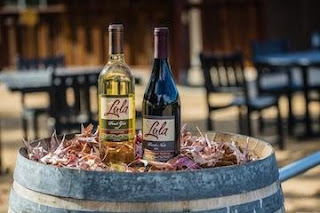 Lula Cellars Wine To make world class wine, Hansen said, "it takes world class grapes. The grapes must be fermented in a way that allows all of their flavors to be revealed. Next, we use just the right amount of oak barrel aging, which helps to marry the fruit flavors and acids in a harmonious blend."
Lula Cellars is named for Hansen's maternal grandmother. "She was a remarkable woman, a single mother after my grandfather passed away. She was an inspiration to all who knew her and naming the winery after her is my way of paying tribute to this noble woman," Hansen said.
Hansen now produces 3,500 cases annually, between Pinot Noir, Zinfandel, Sauvignon Blanc, dry Gewurztraminer and a dry Rose of Pinot Noir called Rosato. 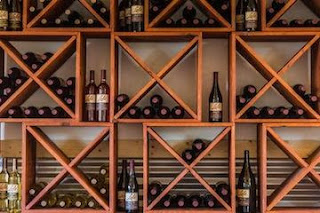 You can only buy Lula Cellar wines consumer direct. It's not available in stores.
Hansen's Pinot Noir is second to none and as Hansen says it is challenging to make because "it only grows well in a few cold climate areas, and you need four to six different "clones" in order to produce world class wines."
Hansen has mastered the art.