SAVE THE DATE / LA MESA (CA) MODERN HOME TOUR AHEAD

GLIMPSE OF THE PAST
Helix Theatre, located in La Mesa on La Mesa Boulevard at University Avenue was built in 1948, opening on September 7, 1948. It was one of more than 400 movie houses designed by architect Simeon Charles Lee (1899-1990). Lee was an early proponent of Art Deco and Moderne style theaters.  The Helix Theatre was unique in its modern façade, which morphed into was a Quonset Hut style theatre. It had a car park which held 125 cars. After WWII, theatre owners were looking for ways to construct theatres cheaper. The Quonset Hut was one way.

Other theatres using the Quonset Hut design were the Fox Crest Theatre in North Long Beach, the Garmar Theatre (razed), Avo Theatre, Puente Theatre, Visalia Theatre, and Colorado Theatre. There are few examples of this theatre style remaining in the United States.

The Helix Theatre is one of those casualties, closing on December 4, 1976, and has since been demolished. 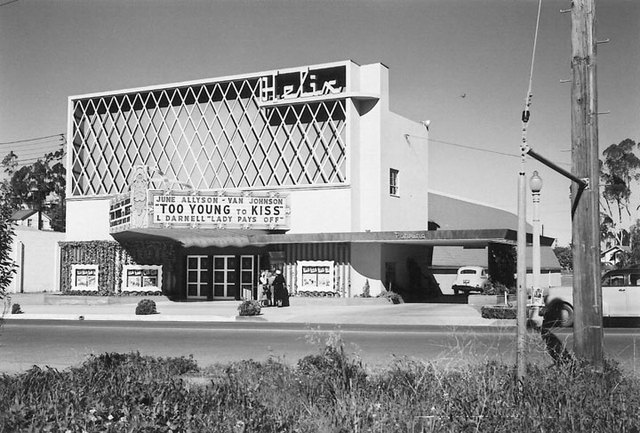 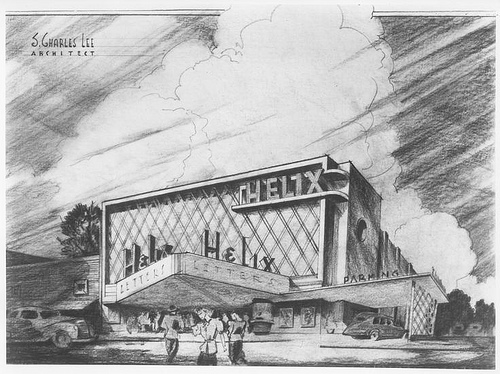