MEDIA MONDAY / WHERE HAVE ALL THE BOOK REVIEWERS GONE?


In its Page Turner section, New Yorker magazine recently published “The Tennessee Solution to Disappearing Book Reviews,” by Casey Sep, who profiled how Chapter 16, one of a few nonprofit media outlets in the country dedicated to coverage of the arts, goes about its business of books and book reviews.

Ms. Cep, a one woman crowd in literary book review circles, points out newspapers across the nation have cut back or cancelled book review sections to the point authors are finding it difficult to have their works reviewed. And, she writes how Chapter 16 organizers in Nashville. Have stepped up to fill an ever expanding void. “...Chapter 16 is part-digital, part-print publication that covers literature and literary life in the state by doing what almost any other outlet would—running reviews, profiles and essays,” wrote Ms. Cep.

"...Tim Henderson, the executive director of Humanities Tennessee, the state’s affiliate of the National Endowment for the Humanities, remembers noticing fewer book reviews and fewer publications, but also talking with struggling local arts and culture writers.

“When we saw the disappearance of arts coverage across the state, it was obvious we should respond,” Henderson said, “but not how.” Humanities Tennessee eventually created something called Chapter 16: a part-digital, part-print publication that covers literature and literary life in the state by doing what almost any other outlet would—running reviews, profiles, interviews, and essays—but also by doing what almost no other outlet could afford to do: giving away its content for free, not only to readers but to any publication of any kind that wants to reproduce it.

“We knew there was an audience for this, and we serve readers, not a bottom line, so we wanted to find a way to provide this free of charge,” Henderson said. That is why, every week, as many as half a million people read something from Chapter 16, and it is why, although the outlet calls itself “a community of Tennessee writers, readers, and passersby,” it offers what might be a model of sustainable arts coverage for the rest of the country. From the beginning, Henderson and his colleagues hoped that Chapter 16 would become a template for other states and regions where arts coverage is disappearing but grants, donations, and, above all, readers still exist. “This is a model people should really be looking at,” Serenity Gerbman, a program director at Humanities Tennessee, said. “We really think it’s the future of local journalism.” 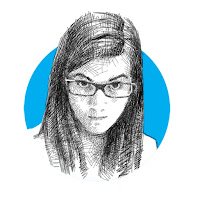 Writer Casey Cep has written for Pacific Standard, The New Yorker, The Paris Review, The New York Times and the New Republic.

For a menu of articles by Ms. Cep click here.