One of many renowned Parisienne coffee houses/cafés is Closerie des Lilas, a thriving literary café that’s located in the 14th arrondissement (read: Montparnasse) near the Port Royal Metro stop.

An elated James Joyce spent a memorable evening at the Closerie, celebrating the news that Sylvia Beach (a publisher and owner of the iconic bookstore Shakespeare & Co) agreed to publish his controversial novel, Ulysses.

The place dates back to the 17th century when it functioned as an inn. It became famous and made its present name – the Closerie des Lilas – in the mid-19th century, mainly because of its close proximity to the Bullier Ball, a famous dance hall in Paris at the time.

The café, which owes its name to the many lilac trees (des Lilas) planted in the garden, was the place to be before and after the dancing. La Closerie has well preserved the spirit and the atmosphere of the old times. The interior is warm and inviting with pleasant, low lighting, red stools lining the mahogany bar, and live music.

The Closerie des Lilas owes some of its popularity to Ernest Hemingway, who would come here to write his short stories and articles for the Toronto Star. „The only decent cafe in our neighborhood,” wrote Hemingway, "...was La Closerie des Lilas, and it was one of the best cafes in Paris. ” It became his "home café”. 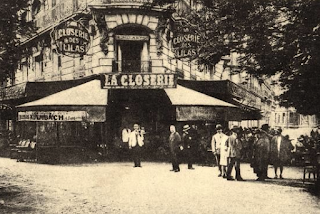 Apart from Hemingway, there were several other writers hanging out at La Closerie at the time, including his neighbor on Rue Notre-Dame des Champs. Ezra Pound often interrupted Hemingway’s writing routine and joined him for a morning coffee. Artists James Whistler and Paul Cezanne had studios nearby. Hemingway called the statue of Marshall Ney in front of La Closerie “his old friend.” [Ney, a figure in Napoleon’s reign was executed in 1815. His crime was changing allegiances one too many times].

Once after lunch at the Brasserie Lipp, Hemingway decided to write a novel, and came straight to the Closerie. He recalled that moment decades later in A Moveable Feast: “I sat in a corner with the afternoon light coming in over my shoulder and wrote in the notebook. The waiter brought me a café crème and I drank half of it when it cooled and left it on the table while I wrote. “There were days ahead to be doing that each day, no other thing mattered,” recalled Hemingway. 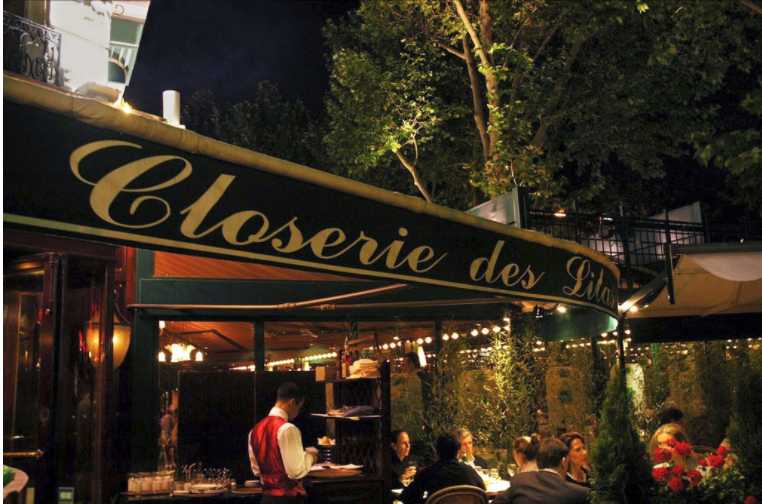