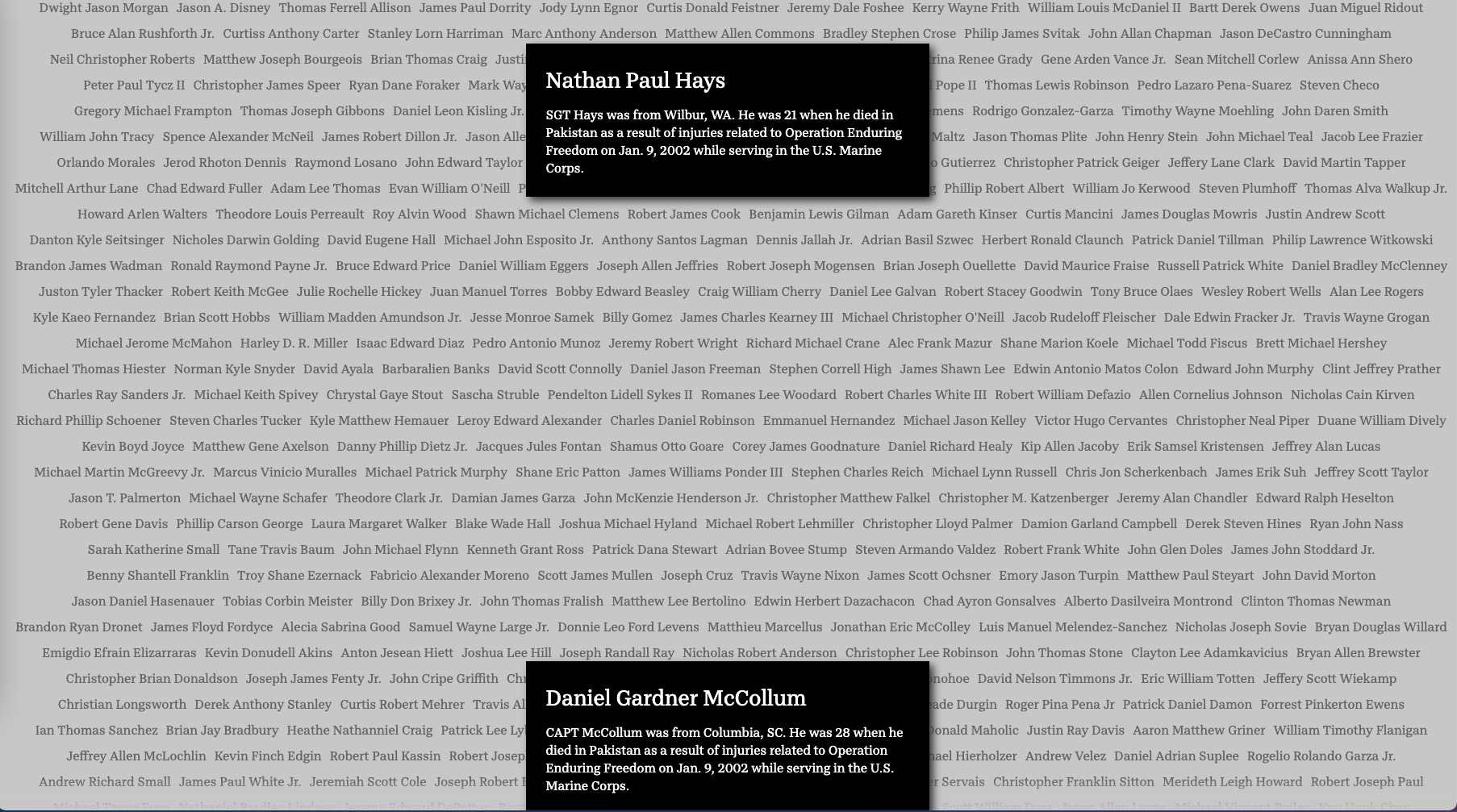 The most important numbers, however, reflect the Afghanistan War's toll in lives. At least 2,443 American service members have died in operations Enduring Freedom and Freedom's Sentinel.

More than 3,800 U.S. contractors and Defense Department civilians have been killed. At least 47,000 Afghan citizens, and about 66,000 Afghan military and police members, died, as well as 1,144 allied troops.

Even more staggering are the numbers of American warriors who returned home with injuries both seen and unseen. Over 30,000 active duty personnel and war veterans of post-9/11 conflicts are estimated to have died by suicide—four times the number that died in combat.

As this war comes to an end, USA Today honors the men and women in uniform from every corner of our country who made the ultimate sacrifice for their nation.

Scroll down to learn more about those we lost, listed by date of death. Please spend some time with the 2,443 names. Think about their lives. Think about the pride they took in service, the difference they made.

And please, think about their families and loved ones. This is a great time to do something, anything, to support our Gold Star families, following USA Today reporter Connie Schultz's advice: "We show up in whatever way we can muster. Text or email. A call or a knock on their door. It asks nothing of us to say their loved one’s name out loud." Or read it in this newspaper. CLICK HERE for the Memorium.