SUNDAY REVIEW / JUST ONE STORY OUT OF THOUSANDS AS REAL LIFE IN KABUL READS LIKE THRILLER FICTION.

Afghan officer who fought with US forces rescued from Kabul. Remarkable coverage by Associated Press.

Time was running out for Mohammad Khalid Wardak, a high-profile Afghan national police officer who spent years working alongside the American military.

Hunted by the Taliban, he was hiding with his family in Kabul, constantly moving from place to place as they tried — and failed — several times to reach a rendezvous point where they could be rescued.

After at least four attempts in as many days, the family finally was whisked away by helicopter Wednesday in a dramatic rescue — called Operation Promise Kept — carried out under cover of darkness by the U.S. military and its allies.

The rescue of Khalid, as he’s called by friends, came after frantic efforts by his supporters in the U.S. military, who said he was a brother in arms who helped save countless lives and faced certain death if found by the Taliban. They sought help from members of Congress and the Defense and State departments.

“I don’t think people understand the chaos that is reigning right now in the capital, the brutality and the efficient lethality the Taliban are using ... to ensure their rise to power as they eliminate their greatest threat, which are these military and special police,” said U.S. Army Special Forces Sgt. Major Chris Green, who worked with Khalid in Afghanistan.

Khalid and his family were unable to get inside the airport where the Taliban controlled the entrances. He was widely known because of his position as police chief in southern Afghanistan’s Helmand province and from television appearances, including one in which he challenged the Taliban to a fight, supporters said. Green said he was “incredibly happy ... elated,” when he learned that Khalid and his family were safe, noting that some of his American rescuers had worked alongside Khalid, which he called “serendipitous.”

Multiple allies, including the British, helped, and that Khalid, his wife and their four sons, ages 3 to 12, were “safe in an undisclosed location under the protection of the United States.” Officials said other Afghan partners, including police and military, also deserved to be saved and that more rescue efforts were in progress, but they could not discuss details. Khalid’s friends said he had no intention of leaving Afghanistan, and planned to stand with his countrymen to defend his homeland after U.S. forces were gone.

But the government collapsed with stunning speed, and the president fled the country. “He fought until he had nothing left to fight with,” Green said. “He was wounded. He was surrounded. His forces were not being resupplied. And echelons above him in the government had already begun to make their exit plan ... and striking deals. So people like him who were fighting were left stranded, and they were left without support.” 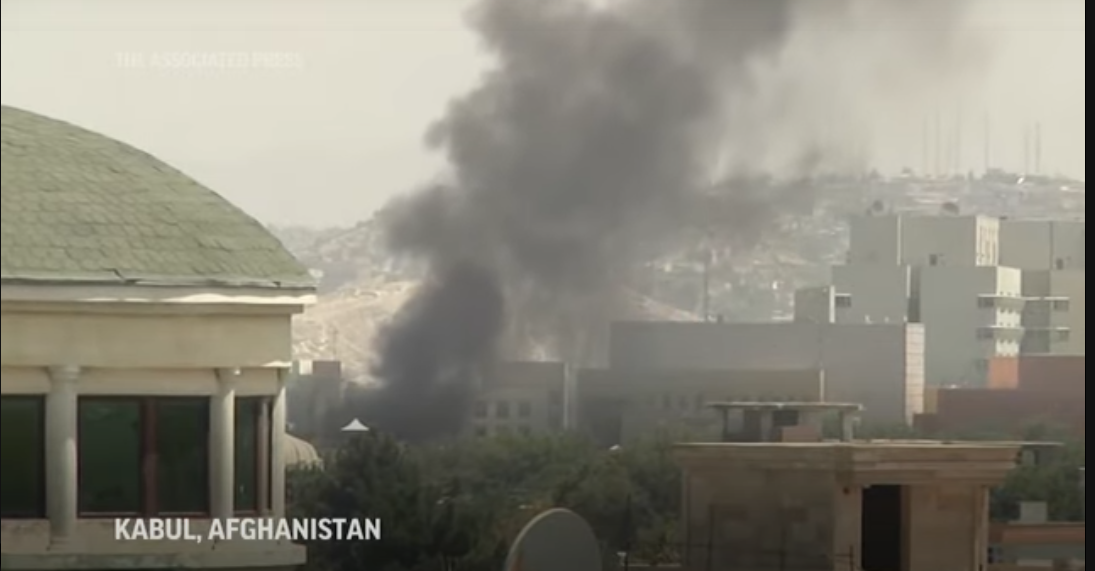 U.S. sources in Kabul said Khalid originally sought protection only for his family while he kept fighting. Khalid and other fighters were completely surrounded by the Taliban last week and their location overrun. When the Afghan government fell, that’s when “we quickly changed gears to also work on getting him to safety.” At one point, rescuers lost contact with Khalid for several days, “and we all assumed that that he was killed,” sources said. “Just last week, we thought it was over, and then we were just going to ... keep working harder to protect his family.”

Khalid’s supporters said it would have been unthinkable to leave him behind after his years of partnership with Americans. Khalid came to the rescue in March 2013, when a special forces detachment in eastern Afghanistan’s Wardak province suffered an insider attack. Someone dressed in an Afghan National Security Forces uniform opened fire, killing two Americans. When the outpost was almost simultaneously attacked from the outside, a U.S. commander called on Khalid, who within minutes raced into the valley with a quick-reaction force to defend his American partners.

In 2015, when Khalid lost part of his right leg in a rocket-propelled grenade attack, friends in the U.S. military helped get him medical care and a prosthetic leg outside the country. A month later, he was again leading special police operations in Afghanistan alongside the U.S., Green said.

Along the way, he helped apprehend al-Qaeda and Taliban leaders. He went on to serve as police chief in Ghazni province and then Helmand province, where he was wounded again last month in a mortar attack and continued to direct the resistance from his hospital bed. Khalid’s family has applied for refugee status in the U.S. based on fear of persecution, but it’s unclear how long that process might take or if they will be approved.

Translators, interpreters and others who worked for the U.S. in Afghanistan are eligible to apply for special immigrant visas, but current Afghan military members or police officers are not, supporters said. His supporters said it was most important to get them out of harm’s way and then figure the rest out later.

People who are top Taliban targets because of their work with U.S. forces deserve special consideration, sources said. “No one wants to live with the guilt of turning our backs or not ... honoring our promises. That commitment and the collaboration it took to rescue Khalid “makes you proud to be an American.”